Walmart’s grocery pickup business has been scaling quickly in recent years, and is now on track to reach 3,100 U.S. stores by year-end. Now, Walmart’s Sam’s Club business is making its own move to satisfy consumers’ demand for online ordering with same-day pickup. The retailer this week announced that same-day Club Pickup is now available at its nearly 600 U.S. locations.

To order from Sam’s Club, members can either go online to SamsClub.com or use the Sam’s Club app to shop for items, check out and pay. The orders will be ready for pick up within four hours — and often quicker, the retailer notes. The members will receive a text or email when their order is ready. 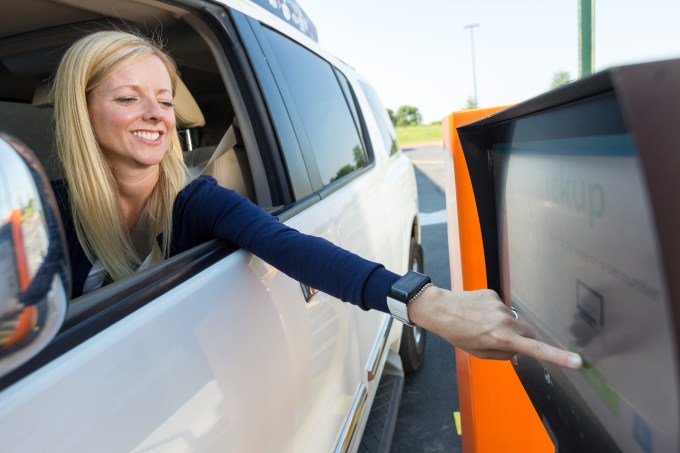 However, unlike Walmart, Target or Amazon-owned Whole Foods order pickup programs, Sam’s Club has put a cap on order size. To qualify for same-day pickup, orders can’t exceed more than 15 items, the company says. To some extent, this limit makes sense, as many Sam’s Club shoppers use the warehouse club to shop in bulk to restock a large household — or even their small business — with various essentials. There may not be enough staff and time for Sam’s Club personnel to pull and prep more sizable orders for same-day pickup.

That said, knowing there’s a limit on how much you can order could dampen consumers’ use of the same-day pickup option — or have them turning to rivals instead.

Sam’s Club says members can order a range of items through the new service, including groceries, paper goods, electronics and even alcohol. Produce and meat have so far been the most frequently ordered items. 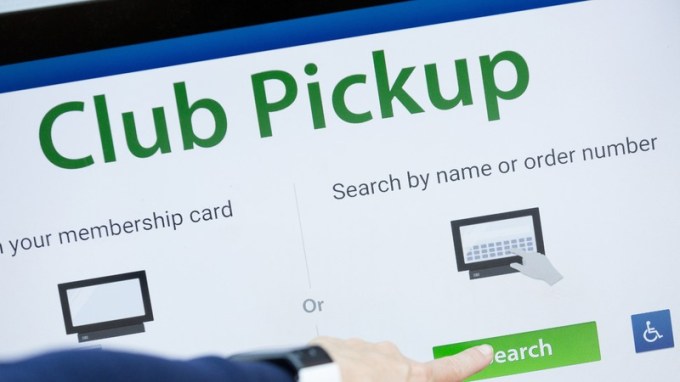 Like parent company Walmart, some Sam’s Club locations will offer a drive-up pickup area where employees will bring the order out to the car and load it.

Same-day grocery pickup has been one of the many ways U.S. retailers have been challenging Amazon. By leveraging their existing brick-and-mortar footprint and proximity to shoppers’ homes, businesses like Walmart, Target and even local grocers (often in partnership with Instacart), have been making it easier for shoppers to order online for same-day pickup.

Sam’s Club, too, has an Instacart deal in place. The partnership, focused on same-day grocery delivery, was first announced in February 2018 and significantly expanded to more than half of Sam’s Club locations in October. Last month, the Instacart partnership expanded again to include alcohol delivery at 215 stores across nearly a dozen U.S. states.

The company also last year announced free shipping by way of its Plus membership, as an alternative to Amazon Prime.