Google and Amazon are burying the hatchet to better serve users of their respective streaming video platforms, the companies announced this morning. In the months ahead, the official YouTube app will come to Amazon Fire TV devices and Fire TV Edition smart TVs, while the Prime Video app will come to Chromecast and other devices with Chromecast built-in.

Google says YouTube users on Fire TV will be able to sign in, have full access to their library and play videos in 4K HDR at 60 fps on supported devices.

Prime Video app users, meanwhile, will be able to stream from the Prime Video catalog, including Amazon’s original programming and 4K videos, and access their Prime Video Channel subscriptions. They also can use Amazon’s X-Ray feature in the app. 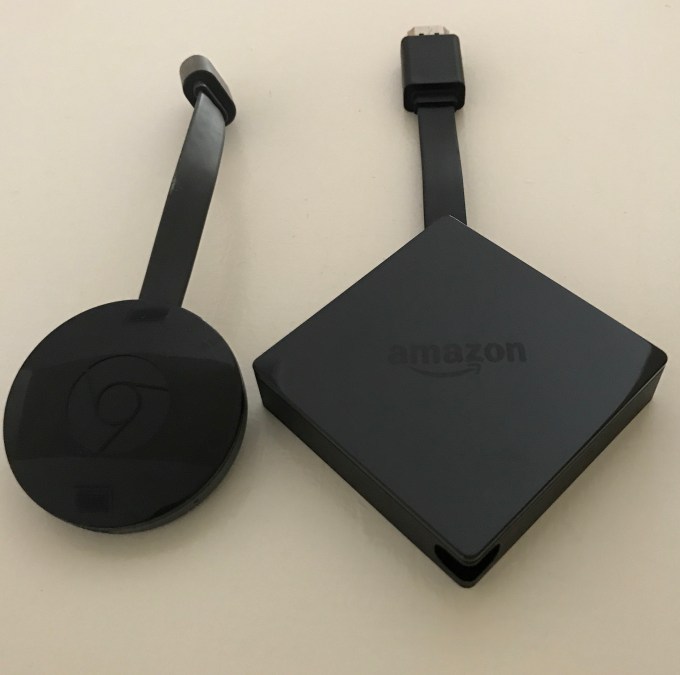 The truce follows several years of bad relations between the two tech giants, which compete across a number verticals — including their streaming TV platforms and services and, more recently, smart speakers like Echo and Google Home.

Chromecast devices and other Google hardware has been off and on banned from Amazon’s retail site, as a result of their disagreements.

The companies in 2017 entered another feud — this time over Amazon’s implementation of a YouTube player on its Echo Show, which Google said it did without consultation. It pulled Amazon’s access from YouTube, then Amazon worked around the problem by sending Echo users to the YouTube homepage instead.

Today, many of Google’s hardware devices are still unavailable for sale on Amazon, including its smart speakers and other smart home devices, which are direct competitors with Amazon products, like Echo. (A search for “google home mini,” for example, displays Sponsored Listings and Best Seller recommendations for Amazon’s Echo Dot instead.)

None of this is good for consumers, of course — especially because the two customer bases overlap. Someone who has a Chromecast may want to watch videos on Prime Video, for example, or shop Google products on Amazon.com. And everyone watches YouTube.

The new agreement will only focus on streaming services, we understand. It won’t impact Amazon.com’s assortment or other concerns around hardware.

Amazon has a history of anti-competitive behavior when it comes to dealing with rivals.

The retailer, for years, was at odds with Apple until finally coming to an agreement in 2017 to allow the Prime Video app on Apple TV and the Apple TV to return to Amazon.

In the end, these back-and-forth battles backfired on all involved. Roku emerged as the dominant streaming platform in the U.S., as it played a neutral role and supported all apps and services equally. Amazon has only begun to catch up, thanks to price cuts on Fire TV hardware and a fairly popular underground community focused on using its “firesticks” for piracy.

“We are excited to work with Amazon to launch the official YouTube apps on Fire TV devices worldwide,” said Heather Rivera, global head of Product Partnerships at YouTube, in a statement. “Bringing our flagship YouTube experience to Amazon Fire TV gives our users even more ways to watch the videos and creators they love.”

“We’re excited to bring the Prime Video app to Chromecast and Android TV devices, and to give our customers convenient access to the shows and movies they love,” added Andrew Bennett, head of Worldwide Business Development for Prime Video. “Whether watching the latest season of The Marvelous Mrs. Maisel, catching teams go head-to-head on Thursday Night Football or renting a new-release movie, customers will have even more ways to stream what they want, whenever they want, no matter where they are.”