In a anti-competitive move that bumps up against one of Amazon’s core principles – “customer obsession” – the online retailer confirmed today that it would no longer allow the sales of some competing media players, including Apple TV and Chromecast, on its shopping site. Specifically, the company informed its marketplace sellers by way of email that no new product listings would be allowed and any remaining inventory would be removed from the site on October 29th.

Bloomberg first reported this news, following a posting on internet forum Reddit which indicated that such a change was underway. Amazon later sent a statement to Variety confirming the move, and they’ve shared that same statement with us as well.

Over the last three years, Prime Video has become an important part of Prime. It’s important that the streaming media players we sell interact well with Prime Video in order to avoid customer confusion. Roku, XBOX, PlayStation and Fire TV are excellent choices.

In addition, the email Amazon sent to sellers reads as follows:

Over the last three years, Prime Video has become an important part of Prime. It’s important that the streaming media players we sell interact well with Prime Video in order to avoid customer confusion. Therefore, Amazon has implemented listing restrictions for the followings products:

Roku, XBOX, and PlayStation all interact well with Prime Video and are not affected by this change.

Thank you for selling on Amazon.

We understand that ban is global, and affects Apple and Google directly as well as marketplace distributors. It also applies to all versions of the devices, including both older hardware as well as newer devices, like the brand-new Chromecasts announced this week.

According to Amazon’s statement, its decision has to do with Apple TV’s and Chromecast’s lack of support for Amazon Prime Instant Video service, its Netflix competitor which is one of the many benefits offered as a part of Amazon’s $99 per year membership program.

In other words, Amazon will continue to sell media players that work with Prime Video. Those that don’t will be pulled from the site.

But the statement is misleading in that it implies it’s Apple and Google who have made the decision not to support Amazon Prime Instant Video on their platforms. When in reality, it’s Amazon that has decided not to build for those platforms. 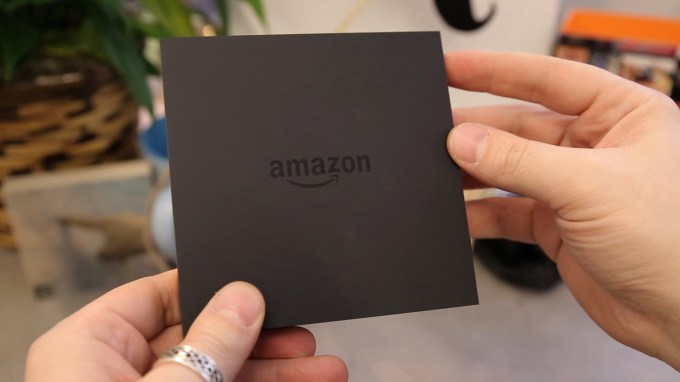 Amazon’s statement initially struck us as odd, given that Prime Video today works just fine on both Apple and Google’s mobile operating systems – if these rival companies were taking anti-competitive stances of their own (which Amazon is only reacting to), it seems they wouldn’t draw the line at keeping Prime Video off their connected TV devices. They’d ban Prime Video across the board. (That wouldn’t be great for consumers either, but it would be their right as closed platforms operated by private companies.)

Backing up this suspicion that it’s Amazon firing the first shot here in these new streaming media player wars, is the interesting comment on Reddit, reportedly from an Amazon employee [now redacted], which outright stated that the lack of Prime Video on Chromecast was Amazon’s decision, not Google’s.

“…In the case of the Chromecast, its lack of support is entirely because Amazon decided not to support it. With the next Apple TV, they certainly can make an app if they choose. I’m pretty sure they just want people to buy the FireTV, which sadly does not provide the best customer experience in a world where everything else supports AirPlay and/or Chromecast.”

Whether or not the anon user on Reddit was legit, the nature of the Chromecast SDK, which is the toolset a developer uses to make their app work with Google’s Chromecast device, basically confirms what that person was saying.

The Chromecast SDK is designed so that anyone can make their app (iOS, Android or web app) available on Chromecast, due to its open nature. That means that Amazon has no restrictions on building for Chromecast from Google’s side, it has just chosen not to.

So not only is Amazon trying to position itself as the underdog that Apple and Google are pushing around, it’s doing so in direct conflict with its core principles about putting the customer first. How is pulling two of the most popular connected TV devices from its virtual store shelves at all a benefit to the Amazon shopper?

It seems like Amazon needs to add an asterisk to that statement now, which notes: “*well…except when it’s not in our best interests.”