Samsung just announced not one, not two, but four new additions to its flagship Galaxy line: the S10e, S10, S10+ and S10 5G. Want a quick at-a-glance breakdown of how they all compare? We’ve got you covered.

Brian’s got a deeper look at the different S10 models here, but if you’d rather see the key specs side-by-side, here’s a handy chart: 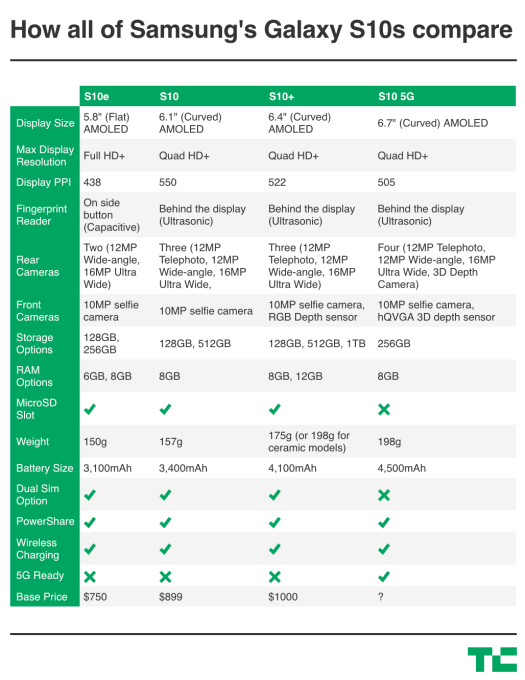 Most of it is self-explanatory, barring perhaps “PowerShare” — a new feature Samsung added across the S10 lineup. Whereas wireless charging lets you charge any of the phones on a compatible charging pad, PowerShare lets you use the phone as a wireless charging pad for other devices — be it another phone or, say, Samsung’s just announced Galaxy Bud headphones.

You can find all of our coverage from Samsung’s Unpacked event here.

Update: fixed an error in the original chart which swapped the display PPI of two of the devices.