As Twitter continues to look for ways to monetize its platform beyond basic advertising, it is building more tools for businesses that turn Twitter into more of a utility that helps them do their jobs.

Today at CES, Twitter said it’s going to make it easier for publishers to better understand what sort of content is resonating with its readers on the social network through a new kind of analytics dashboard, and, in a separate dashboard, to better track real-time information around events, and especially to track events that are coming up. 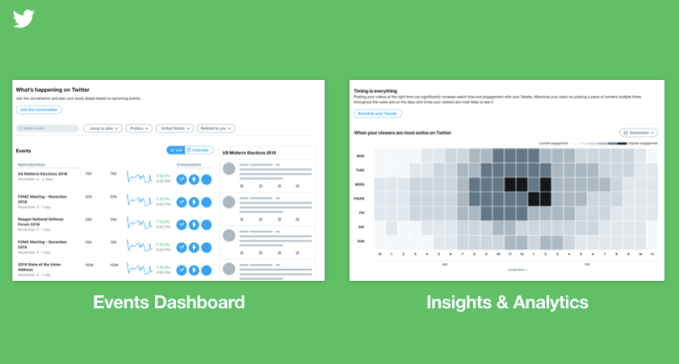 Together, the two tools underscore how Twitter continues to plug away at building out a richer experience for organizations that use Twitter not just as part of their marketing but for wider business activities, and simply for getting work done. That directly feeds back into Twitter’s advertising business, of course: The more essential the platform feels to an organization, the more likely they are to spend money on using it.

That advertising business has been slowly but surely continuing to grow: Today Kay Madati, Twitter’s VP of content partnerships, said that premium video ads account for half of the company’s ad revenue. He also noted that the company’s had eight consecutive quarters of growth in daily active usage, although that statistic doesn’t tell the whole story, with recent quarters indicating that the company continues to struggle with overall user growth.

The concept for a new Twitter publisher dashboard would offer insights and analytics that can better inform organizations’ content strategies. 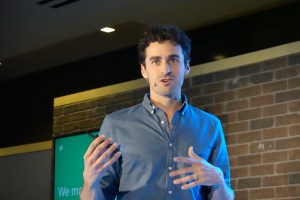 However, the idea is to offer publishers an easy way to see who on Twitter is reading and engaging with their content, when they’re viewing it and what content is working best.

The goal is to allow publishers to better optimize what they produce to make it effective, the company said.

Events, meanwhile, is also going to be getting a boost of attention. Twitter is working a dashboard that will show which events are coming up, including breaking news events.

For example, an event like the Consumer Electronics Show in Las Vegas would be the type of event that would appear on this dashboard.

This, in turn, can link up with a new kind of conversation format that the company is preparing to roll out; when users now write Tweets, Twitter will provide some more context to them around the Tweet by including, for example, a location underneath their Twitter handle that could better explain what is going on so that a single statement makes more sense to casual readers who haven’t been following all of the person’s previous Tweets: 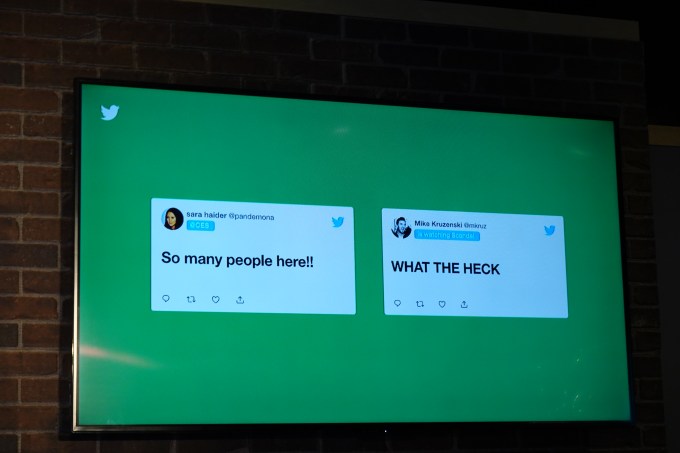 Twitter’s wider focus on events is not new, of course — the company has long described itself as the town hall and town square for the world, providing real-time conversations about what is going on. Twitter’s long been trying to harness that in a more actionable way for ordinary users by way of hashtags, and in a more organized way for organizations. Efforts at events calendars stretch back as far as 2017.

The thinking behind the events dashboard will allow the publishers to figure out — in advance — how they want to participate in that conversation on Twitter — either in terms of the content they publish, or (more hopefully, perhaps) through advertising and promoting content.

Twitter also discussed how the events would appear on Twitter, explaining that it’s trying to make it easier for newcomers to follow events, without the need of a knowing the hashtag.

The events section will organize this information for you, so you can “tune in” to the live events without having to know who or what to follow.

While the analytics dashboard is likely to be something that would be accessed through media.twitter.com and aimed at publishers and others using Twitter in a business context, events will have a wider remit: it will be pinned to the top of the timeline, in Explore and accessible through Search, Coleman said.