This summer, Facebook launched Fb.gg, its online gaming hub and Twitch competitor, designed to attract game streamers and their fans to watch videos on Facebook instead of on rival sites. The destination shows videos based on which games and streaming celebrities users follow, plus Liked Pages and Groups, and other featured suggestions of what to watch. Now, Fb.gg is expanding to mobile with its launch on Android.

The new app, first spotted by Sensor Tower, arrived just a few days ago and is currently in beta testing.

According to its description on Google Play, the app allows gamers and fans to discover a “universe of gaming content,” connect with creators and join communities, and play instant games like Everwing, Words with Friends, Basketball FRVR, and others. From the screenshots, you can see how the Fb.gg app lets users tap navigation buttons at the top to find streamers to watch, or to view those streamers they’re already following, among other things. They can also participate in live conversations during gameplay with other viewers. Here, they can react to the stream using Facebook’s standard emoticon set of likes, hearts, haha’s and others.

Another section lets gamers jump into simple and popular mobile games. These titles are among those who were early participants in Facebook’s other gaming efforts in the past, like Instant Games on Facebook and Messenger. 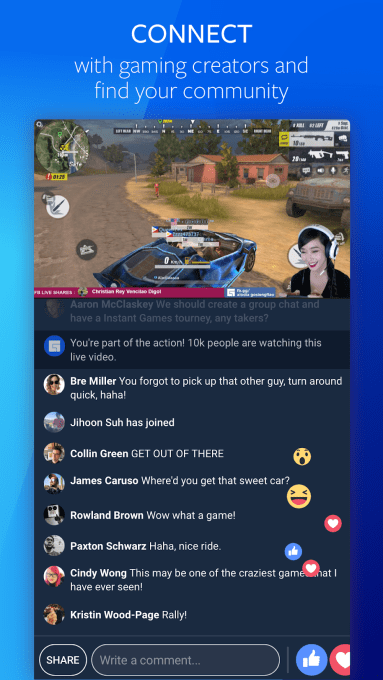 Facebook has been trying to woo the gaming community for some time, to better compete against Amazon’s Twitch and Google’s YouTube. There’s a large and growing market for game streaming and viewing, with young viewers tuning in an average of 3+ hours a week to watch, as TechCrunch previously noted.

Facebook’s efforts to directly challenge Twitch and others kicked off in earnest this year, with the launch of its own version of Twitch’s Partner Program. Facebook’s  gaming creator pilot program, as it’s called, allows viewers to tip their favorite gamers. And with the arrival of Fb.gg in June, the virtual currency involved in those tips was being referred to as Facebook Stars, with each star equating to $0.01.

Facebook said it takes a cut of fans’ purchases of stars, ranging from 5%-30%, depending on what size pack is bought. 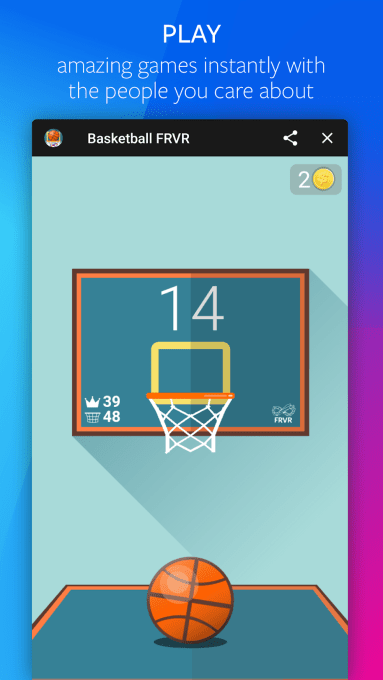 Of course, to truly compete with Twitch and YouTube, Facebook needs to go mobile as well – especially since the upcoming Messenger redesign will hide away extraneous features, like mobile gaming. That’s where Fb.gg’s app comes in.

The Android version of the Fb.gg beta app launched on October 9, and already has over 10,000 installs, according to Google Play.

“We recently started testing a standalone gaming app on Google Play that builds on the experience of fb.gg, our destination on Facebook for people to find gaming content in one place,” a Facebook spokesperson told TechCrunch. “The fb.gg app is currently in beta with a limited set of features and available in the Philippines. We’re using the beta phase to get feedback from the gaming community and will make a decision on whether we roll it out further based on that response,” they said.

Beta is exclusively in Philippines but here are some screenshots I got pic.twitter.com/kU3NeK6nGi