Facebook wants a cut of the 3+ hours per week that young adult video gamers spend watching other people play. So today it launched Fb.gg — as in the post-competition courtesy of saying “good game” — a destination where viewers can find a collection of all the video games streaming on Facebook. Fb.gg will show video based on the games and streaming celebrities they follow, their Liked Pages and Groups, plus it will display featured creators, esports competitions and gaming conference events. 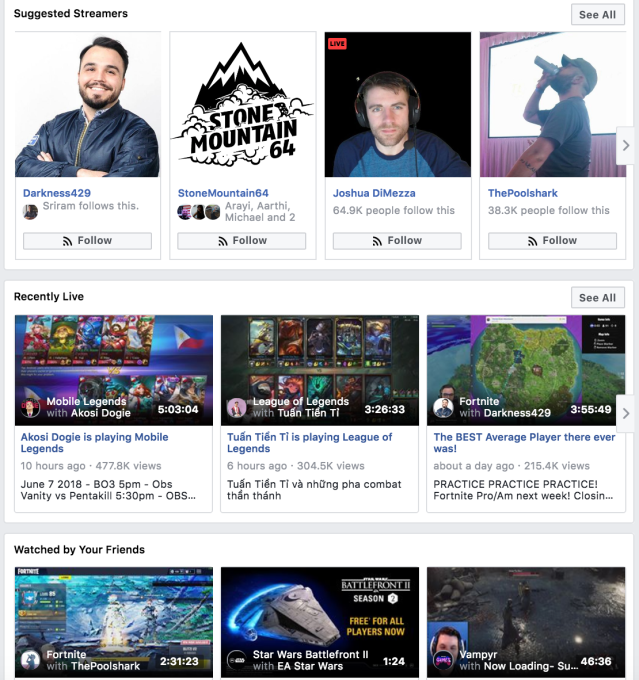 Meanwhile, Facebook is opening up its new monetization option to more gaming broadcasters. Facebook is launching the Level Up program for emerging gaming content creators. Available in the next few months, those with access will be able to take monetary tips from their stream viewers in the form of virtual currency. 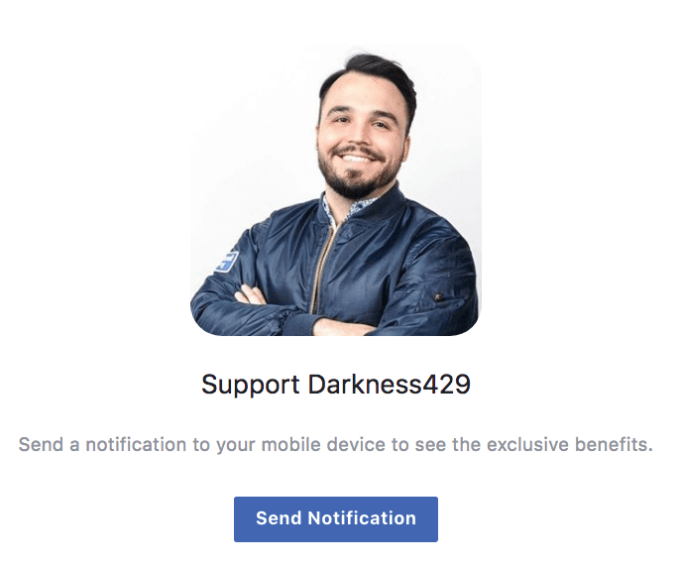 Facebook first announced its monetization program for streamers in January, but now the virtual currency is called Facebook Stars. For each Star a streamer receives, Facebook will pay them $0.01. We’ve reached out to see if Facebook will be taking a cut of these tips. Stream viewers on desktop can now give Stars to any creator in the Level Up program.

[Update 6/7/18: Facebook confirms that it will take a cut of the money users spend on Stars. The percentage differs based on how many Stars the users buy in a pack, which they spend on a creator right away and don’t store up.

Update 6/8/18: Facebook has now clarified that its cut ranges from 5 percent to 30 percent, with it taking a smaller cut when users buy larger packs of Stars.]

Facebook is also rolling out its Patreon-style monthly subscription fan patronage feature test to more gamers in the coming weeks.

Those admitted to Level Up will also get special custom support, HD 1080p 60fps transcoding and a special badge on their profile. Plus, they’ll receive early access to new Facebook live-streaming features and tips on how to build their fan base. Gamers can check out the eligibility requirements for these programs here. Those include having a Gaming Video Creator Facebook Page with at least 100 followers and broadcasting at least 4 hours with sessions on at least 2 days in the past 2 weeks.

Gamers have plenty of options to earn money from YouTube ad revenue shares and Twitch’s tipping options. Facebook needs to ramp up these monetization efforts quickly to capitalize on the sudden surge in game streaming. If Facebook can convince streamers it’s not just a place for Pong-aged people, it could turn the video ads on game broadcasts and its cut of Stars spending into some nice little revenue generators.