Stringify, an IFTTT-like app that lets consumers control and automate their smart home devices, was quietly snatched up by Comcast last fall to join the company’s larger efforts involving the smart home and the Internet of Things. Today, in its first major update post-acquisition, Stringify is relaunching its app with a new look-and-feel, deeper integrations with Comcast’s services, as well as support for new hardware devices.

Comcast had wanted its own entry point into smart home management that would not only allow the company to compete with popular voice platforms like Amazon Echo, Google Home and Apple’s HomePod, but also help better position its own services – like TV and internet – as essential pieces to the smart home experience.

Stringify is helping with that. You can think of the app as something like IFTTT – the automation service that lets you create automatic routines that are triggered by various events. But in Stringify’s case, there’s a bigger focus on automating the smart home.

With today’s relaunch of Stringify, the app is now integrated with Comcast’s TV platform, X1, as well as its newer personalized home Wi-Fi offering, xFi.

That means Comcast users can connect their smart home devices – and their notifications – to their TVs, and create their own automated routines that run when certain events trigger them. 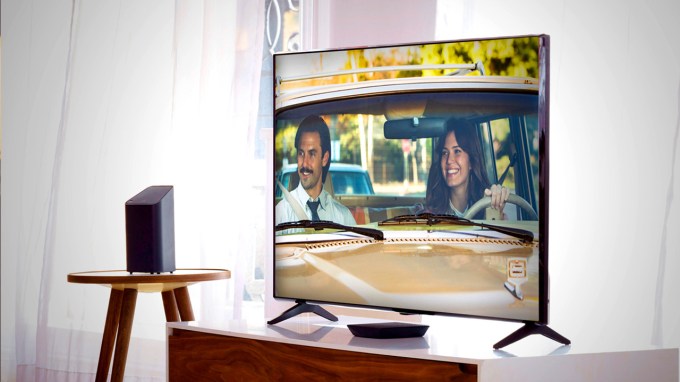 For example, you could schedule family movie nights and have the TV channel changed automatically while dimming the lights, Comcast suggests. You could automate pausing the home’s Wi-Fi at dinnertime, or get an alert on your TV when a connected camera detects motion outside. And even without smart home devices, you can do things like get a reminder to close the garage door when it gets windy, or display your commute time at 7 AM, the company also says.

In addition to the Comcast integrations, Stringify also now works with Lutron Caseta dimmers and switches, Serena shades, and Carrier’s line of Cor WiFi thermostats. At the time of the acquisition, Stringify was already working with over 500 products, so this just adds a few more.

Comcast had announced at CES 2018 that it would soon bring the Stringify technology to its own services, like X1 TV and xFi Wi-Fi. Also launching today is Stringify’s first Android Wear watch app that lets you activate your scenes – like “coming home” or “going to bed” with a tap on your watch screen. 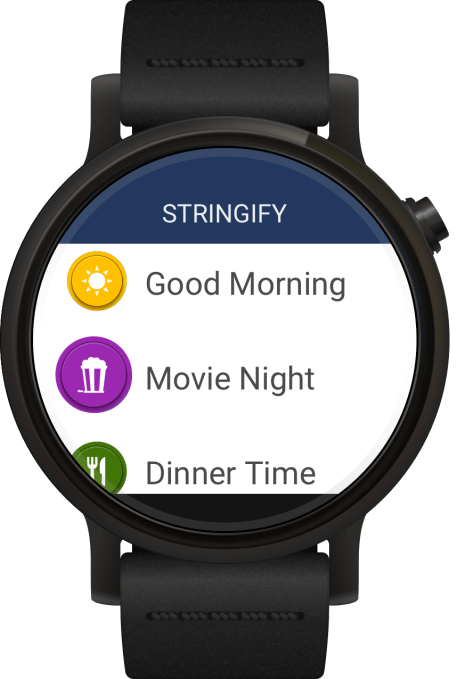 Stringify’s releaunch comes at a time when smart home automation is becoming more advanced. Both Google Home and Amazon Alexa now support “routines” that will kick off a series of actions when you speak a voice command. However, Stringify is not yet integrated with the X1 voice remote for kicking off its own routines (called “flows”) through voice commands. That means it’s not a replacement for voice platforms like Alexa or Google Assistant in terms of managing the smart home.

“What we love about the Stringify app is that it has a tremendous community of smart, devoted users who are on the leading edge of automation technology,” said Sri Solur, Senior Vice President, Xfinity Home and IoT Products, Comcast Cable. “So, the development we do here plays a big role in our broader effort to create powerful new home automation experiences for our Xfinity customers.”

Stringify, which is now sporting a more Xfinity-like interface, is available for download on iOS and Android.