Since Dara Khosrowshahi came to Uber as CEO about a year ago, there has certainly been less drama, but drama remains. Over the last few months, there were reports of Uber COO Barney Harford making insensitive comments about women and racial minorities, as well as Uber’s now-former Chief People Officer Liane Hornsey making denigrating comments toward Uber’s global diversity and inclusion lead Bernard Coleman and Bozoma Saint John, the chief brand officer who left in June.

At TechCrunch Disrupt SF earlier this month, I sat down with both Khosrowshahi and Uber’s new, first-ever Chief Diversity Officer Bo Young Lee, who joined in March. Believe it or not, there are still bad actors at the company, so Uber still has work to do. What surprised me, however, was Khosrowshahi’s defense of Harford, not only saying that he’s “an incredible person” but that he’s also “one of the good people” as it relates to diversity and inclusion.

“This is an issue that everyone is fighting, and I will tell you Barney takes it personally,” Khosrowshahi told me. “And he is a champion and he will be a champion as it relates to these matters. He’s one of the good people.”

Lee, when I asked her if she agreed with Khosrowshahi, said at Disrupt, “absolutely, 100 percent.” Lee, on a call ahead of Disrupt, described the importance of internal diversity champions who find ways to bake diversity and inclusion into their everyday workflow. Onstage, Lee described how she had been aware of the allegations against Harford and had already been working with him around inclusion. In fact, she said, Harford had reached out to her, admitting that he knew there’s a lot to learn and that he’d like for her to help him.

Harford also wrote, in Khosrowshahi’s words, “a really heartfelt apology letter to the company,” but it’s still hard for me to get on board with the idea that Harford is one of the “good” ones. This is not to say people can’t be imperfect and can’t change — an idea Khosrowshahi made quite clear, and one that I generally believe as well — but I would just hope that there are some better “good” ones out there.

“I don’t think that a comment that might have been taken as insensitive and happened to report by large news organizations should mark a person,” Khosrowshahi said. “I don’t think that’s fair. And I’m sure I’ve said things that have been insensitive and you take that as a learning moment. And the question is, does a person want to change, does a person wants to improve? Does a person understand when they did something wrong, and then change behaviors? And I’ve known Barney for years and that’s why I stand 100 percent behind him.” 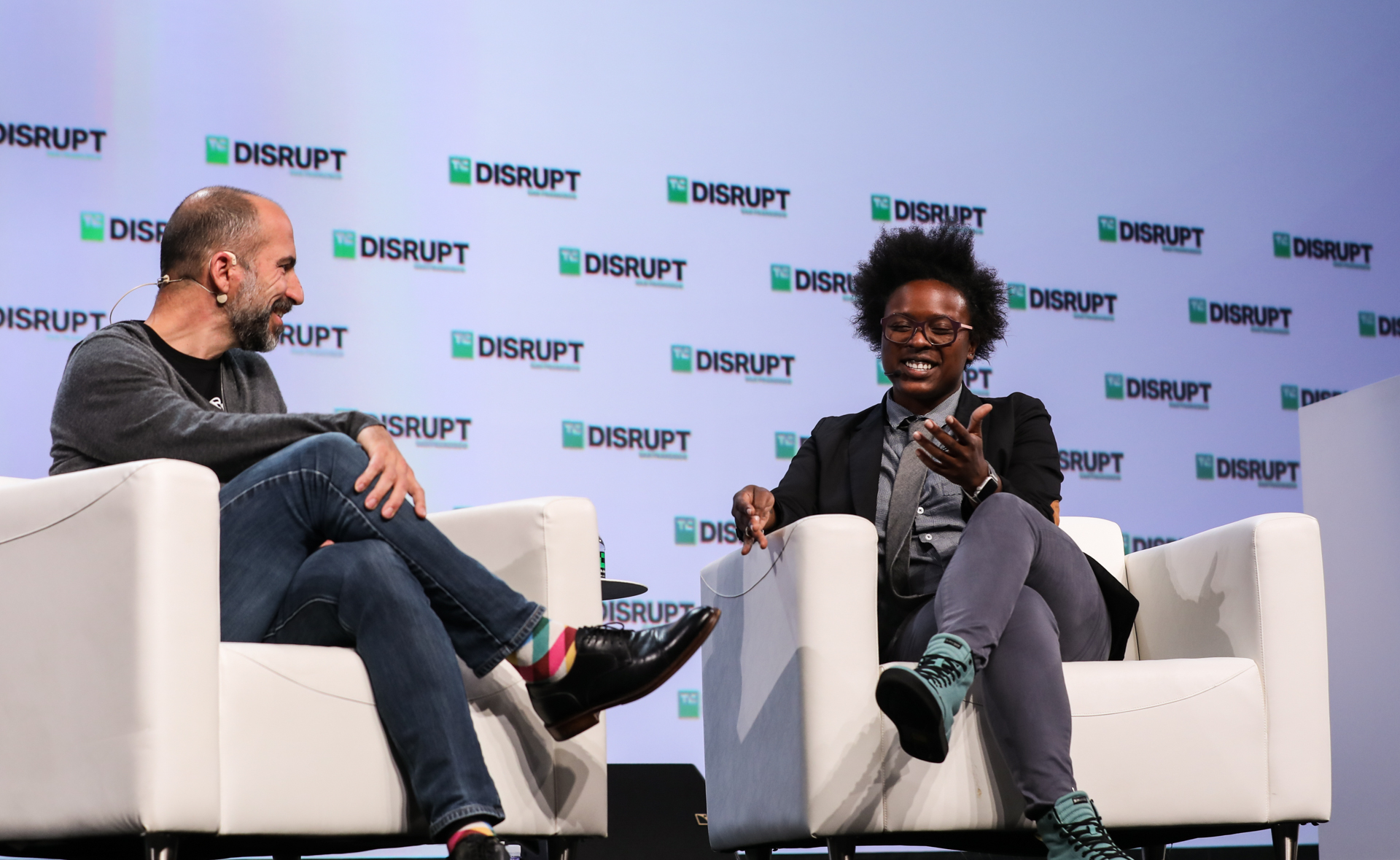 Khosrowshahi described how he’s also made mistakes, and how that doesn’t mean he should be marked by those mistakes. He went on to describe how at his last job, Expedia, he would usually grab a beer with “one of the guys and, because I was comfortable because it was you know, a person who looked like me, a person with whom I could be more casual and I could have a conversation.”

He added how these people got “access to me that was not fair, and that could have shown up in a New York Times article and that could have marked me,” he said. “That’s not who I am. You know, I learned, I corrected, I’m aware. And the question is, what do you do?”

A new chief in town

During my conversation with Khosrowshahi, we also chatted about the hiring of Lee as CDO, as opposed to promoting Coleman, and the fact that she doesn’t report directly to the CEO — despite the suggestions of former Attorney General Eric Holder. Though, it’s worth noting those suggestions were directed toward now-former Uber CEO Travis Kalanick.

“And I want Bo and my chief people officer working together fundamentally not just on the diversity of the company, but also on the core culture,” he added. “Like, we’re really trying to shift the culture of the company going forward. So Bo is going to report into our chief people officer. And she and I more than monthly, are constantly having exchanges on how things are going. And I think that’s the optimal structure, which is open — open communication with me working directly with the CEO but part of the core strategy of the company because I do think that this is one of the things that we have to execute on.” 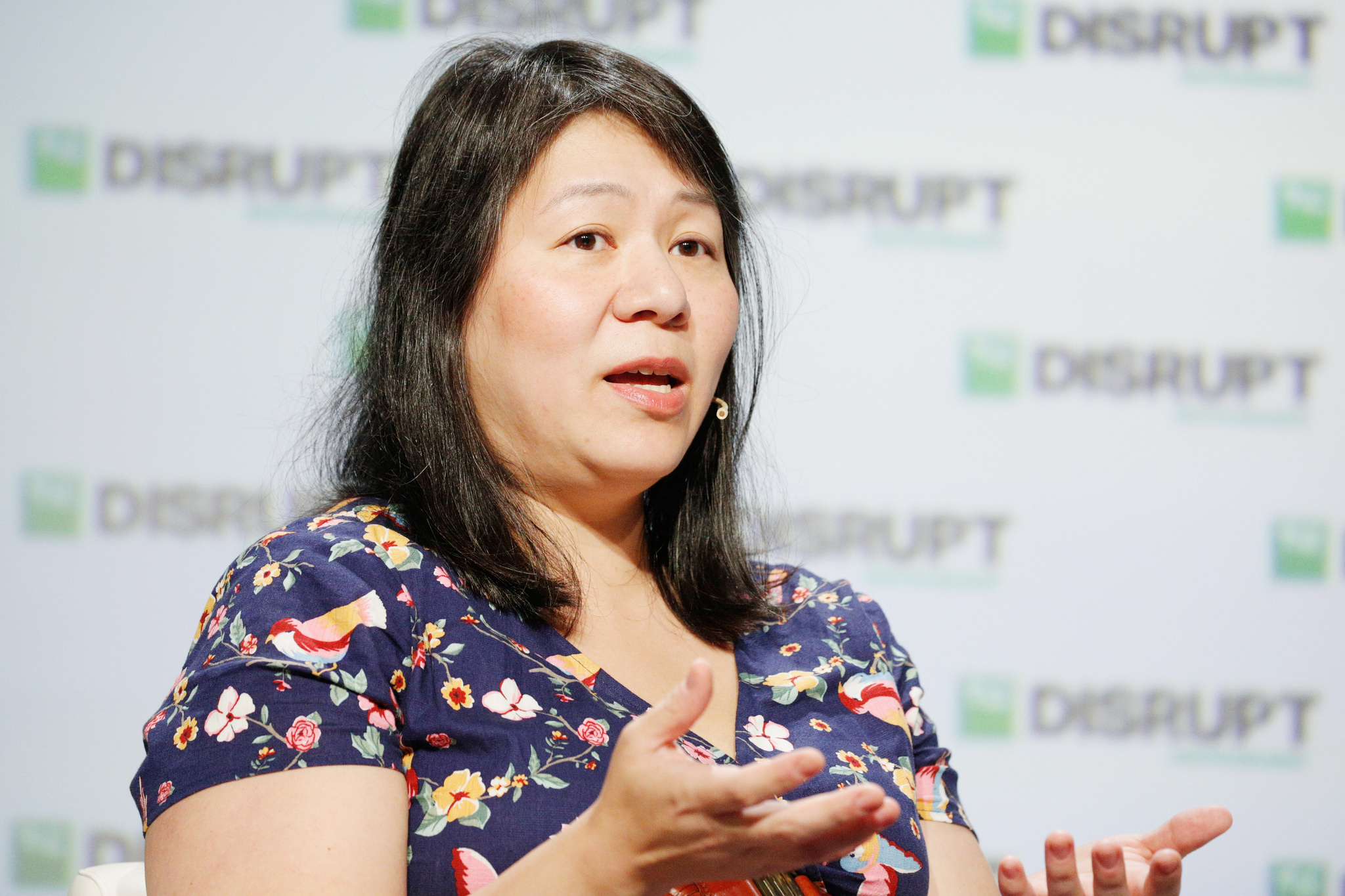 In conversation with Lee, she spoke about the task she has at hand, as well as some strategies she has implemented, and plans to implement in order to get Uber to where it needs to be. One of those initiatives involves creating a pipeline around Uber drivers, which consists of a couple million people around the world. Lee described to me how it would be “amazing to create a pipeline to hire some of those driver partners,” whether into customer service, community operations or “maybe there’s great tech talent in there that we don’t even know about.”

That’s an area where Lee is working with recruiters to better identify ways to source that talent. Lee is also working on ensuring Uber’s new cultural norms actually get baked into the company. Last November, Khosrowshahi introduced Uber’s new cultural norms, which include values like “We build globally, we live locally” and “We do the right thing. Period.” Before, Uber’s values were indisputably much more aggressive.

“You can put out new cultural norms, you can put out new cultural values but it’s not until those values are built into our systems, our performance management, our organizational design — the way that we even think about product design, you’re not going to see the full manifestation of it,” Lee said. “And as an organization is going through culture change, that can be very unmooring for people and that can actually make people feel very psychologically unsafe. And what I find at Uber right now is a lot of people who are trying to — within this culture that is shifting, that is changing for the better — trying to find their footing somewhere along those lines.”

Part of what’s hard right now, she said, is getting Uber employees to the point where they “feel like they can trust that the system will work.” Regarding the allegations about Harford, Lee said that she was aware of them and looking into them, but didn’t resolve them by the time the NYT piece came out.

“But I would say that when the news did break in that public way, I was, more than anything, just really sad about this because what it told me was that we still have a culture where people aren’t sure they can trust that things are going to get fixed and things are going to get done,” she said. “And so they felt that they needed to go outside to find remediation for some of that.”

Lee also told me, ahead of Disrupt, that she’s exploring the idea of what fewer levels of hierarchy at the company would look like.

“It’s hard to speculate what the changes would look like,” she said. “I ideally would love to see the number of levels possibly changing. More importantly, what I would love to see beyond levels, is the power distance between those levels decline.”