Here’s a quick overview of what Uber’s workforce looks like today: 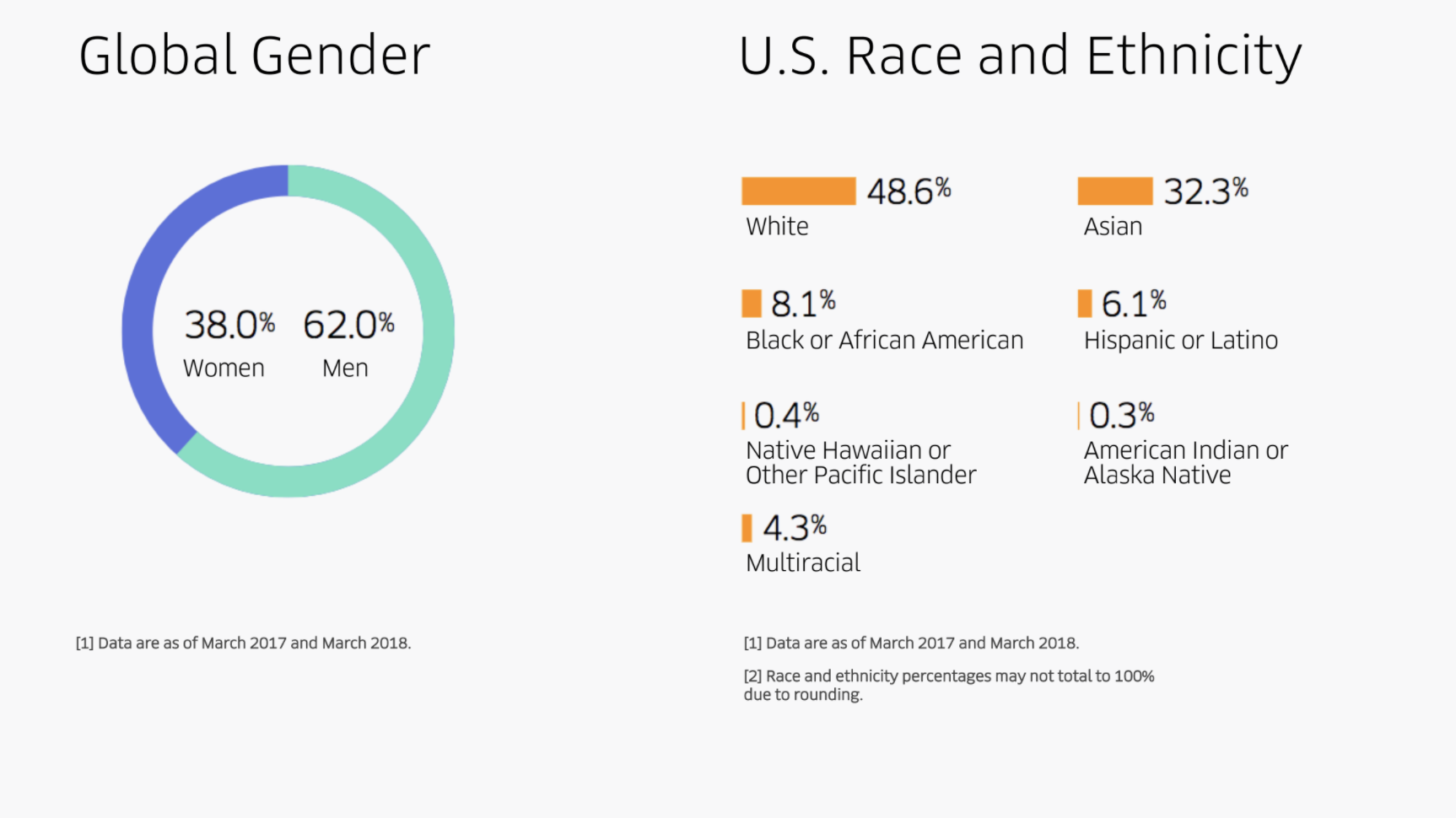 Compared to last year, Uber has increased the percentage of women from 36.1 to 38 percent. But Uber’s black representation has gone down a bit, Latinx representation increased from 5.6 to 6.1 percent.

Uber’s data is based on an in-house survey, rather than an EEO-1 report. Instead, Uber pulled the gender and race numbers from Workday, where employees are able to self-identify. Uber says the gender data has about 99 percent participation while the race/ethnicity data represents more than 75 percent of the company.

Regarding lesbian, gay, bisexual, transgender and queer representation, Uber reported 15 percent of those who opted into that survey identified as such. In total, only a little over a third of Uber employees participated in the survey worldwide.

In perusing Uber’s December 2017 EEO-1 report, 13 percent of women at Uber are black, 9 percent are Latina and 5 percent are of two or more races in the U.S.

Uber has also created a workshop program called “Why Diversity Matters,” in order to educate employees about diversity and inclusion. To date, about 4,000 employees worldwide have participated in the workshop.

Citing legal reasons, Uber said it’s unable to disclose the exact amount just yet. It’s not clear exactly what those legal reasons entail, but it’s worth noting three Latina software engineers sued Uber in October, alleging they were compensated less because of their gender and race. Last month, Uber paid $10 million to settle the lawsuit.