Borrowed location databases are paying off big time for Snapchat. They allow users to turn any nearby landmark or business into a stylized geofilter that they can overlay on their photos and videos. Before Snapchat partnered with location data providers Foursquare and Factual, only a few popular neighborhoods, cities, and places had their own geofilters. It also recently added a user submitted geofilter option inside the app that’s let creative types blanket their favorite spots in Snap graphics.

Making geofilters scalable so even people in small towns around the world can use them has massively boosted viewership. Today on the third anniversary of the launch of geofilters, Snap Inc tells me that every minute, geofilters are viewed over 1.5 million times by message and Story viewers. That equals 2.16 billion views per day.

For reference, Snap announced in its February IPO filing that geofilters were viewed 1 billion times per day. Since then, Snap’s daily user count has only grown 7.7%. Yet geofilter viewing has more than doubled. That’s a strong sign that Foursquare and Factual’s location data that unlocked geofilters everywhere has made the feature much more popular.

Snapchat unveiled the partnership with Foursquare in November, though at the time it was designed to power better ad targeting [Update: And more flexible creative elements for geofilters.]. Foursquare doesn’t just know the coordinates of every business in certain countries, but also the category. The partnership would allow a brand to buy a geofilter ad available at every beach in the US, or every convenience store. Snap doesn’t provide any info on Snapchat usage back to its location partners.

In December, Instagram launched location stickers that let users turn any location into a stylized overlay for their posts. With Instagram, you can pick from any place anywhere, not just what’s nearby. That’s helpful if you’re uploading a photo you took a few hours ago somewhere else. The scalable location sharing sticker launch was seen as one of Instagram’s first innovations in the Stories space after copying much of the feature from Snapchat. Over the past months, data from Factual and Foursquare has allowed Snapchat to roll out its own version. After swiping through the more flashy, illustrated geofilters available nearby, users see a simpler white title for a place close to them. Tapping the name cycles through other nearby places. That interface is less robotic and fits into the content creation experience more seamlessly than Instagram’s. Plus, Instagram has no way for users to submit their own geofilters/stickers.

Getting users to add these organic geofilters is critical to Snapchat’s product and business strategy.

Beyond Stories, Snapchat Zeroes In On Location

Recently Snap has been investing heavily in location.

Snap launched Stories Search that shows you content from any place or event. It acquired location-based analytics and ad measurement startup Placed, reportedly for over $200 million, to prove geofilter ads lead to in-store purchases. It bought the location augmented reality and messaging patent of a startup called Drop, and a core geofilter patent from Mobli for $7.7 million. It spent around $300 million to buy French location sharing startup Zenly, TechCrunch first reported. And it used Zenly to inspire its high-potential new Snap Map feature for finding nearby friends. 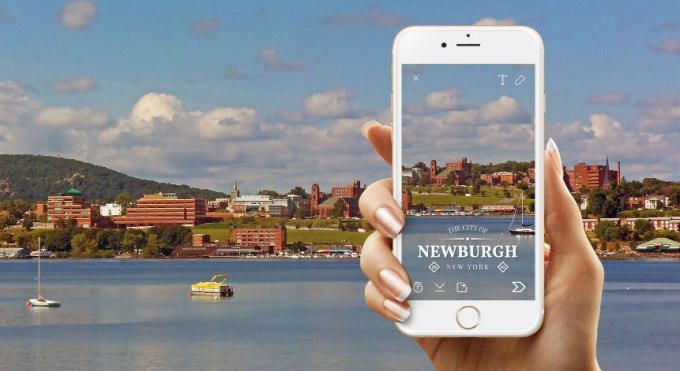 Snap’s constantly engaged, digital native teen user base is the perfect market for location sharing features. These kids are less concerned about revealing where they are than the generation above them. The more Snap can get them thinking about adding location to their posts via geofilters, the more likely they are to try the rest of its location features.

And if they’re adding organic geofilters, it’s just a small step to them sticking geofilter ads atop their Snaps and becoming a viral vector for marketing. Teens have developed banner ad numbness. But when an ad is overlaid on their friends’ content, they’ll actually look at it. The startup’s “Snap-To-Store” ad measurement feature meanwhile detects if users view a geofilter ad, then subsequently go to that brand’s brick-and-mortar store. This is the online-to-offline conversion tracking that makes advertisers salivate. 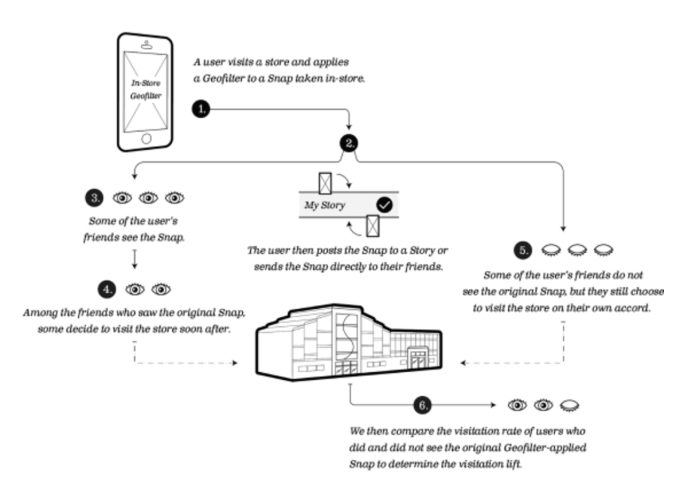 With Instagram successfully outcompeting Snapchat around Stories, Snap needs to find its next hit product. Before great augmented reality becomes a reality, that product appears to be Snap Map and location sharing. Doubling geofilter viewership in just six months is a great sign that Snap’s on the right path.