Snapchat is shifting from a social network limited to content shared by people you follow to an ephemeral, real-time database of what’s going on now everywhere. Today Snapchat launched Search for Stories submitted to its public Our Stories. It makes Snapchat as deep as whatever the world is sharing, creating near-infinite rabbit holes to go down, and a stronger competitor for YouTube and Twitter.

That aligns exactly with Snap IPO strategy following the slow-down of user growth after the removal of auto-advance and the launch of Instagram Stories and Facebook’s other competing clones: Snapchat wants to be where some people spend tons of engagement time, rather than where everyone spends a little time.

It also sees Snapchat break one of its cardinal rules. User-generated content is no longer limited to a lifespan of 24 hours. A Snapchat spokesperson confirms to TechCrunch that some Snaps submitted to Our Stories that appear in the new Search feature will be visible for less than a day to up to a few weeks or even months.

If content around a theme is being submitted more rapidly, what’s seen in Search results will turn over more quickly, while themes that only get submissions every few days may see Snaps stay visible for longer to make sure there’s something to watch for the theme.

In January, Snapchat opened the ability to submit to Our Story from people in certain locations, like big events, or at certain times, like Christmas, to everyone everywhere all the time. But this meant it was pulling in way more content than its human curators could package into specific, widely visible Our Stories like ones for the Macy’s Thanksgiving Day Parade or the NBA Finals. 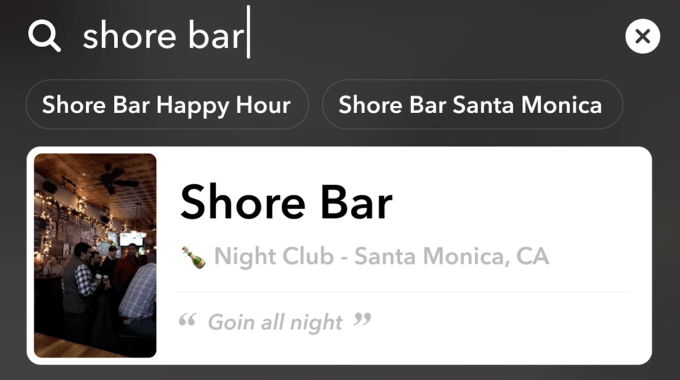 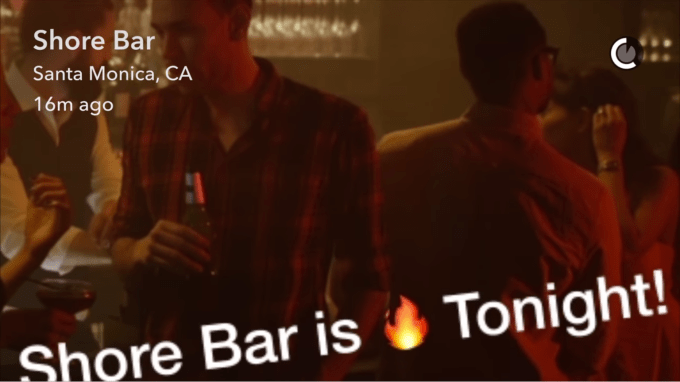 Now, Snapchat is using algorithms to scan the caption text, time and visual elements found in Snaps submitted to Our Story and group them by theme. For example, it could pull out Snaps with the words “dog” or “puppy” in captions, or use machine vision to detect the shape of a real dog in the photos or videos, and aggregate them into an Our Story that comes up when people search for “Puppies.” Snap notes you could use this to watch a nearby basketball game, see what’s happening at a local bar, check out a specific Fashion Week runway show or explore a vacation spot. More than 1 million themes will have Search results available.

Snap says it will keep expanding the ways it categorizes submissions. Perhaps that could eventually include what background music is playing or what voices are saying.

The rollout of the feature begins with people in select U.S. cities being able to search for public Our Stories, but everyone’s submissions are already being indexed. For now, no ads, sponsored lenses or sponsored geofilters will appear in the Search collections. That makes this a play for more engagement, not a new channel to drive more ad views. 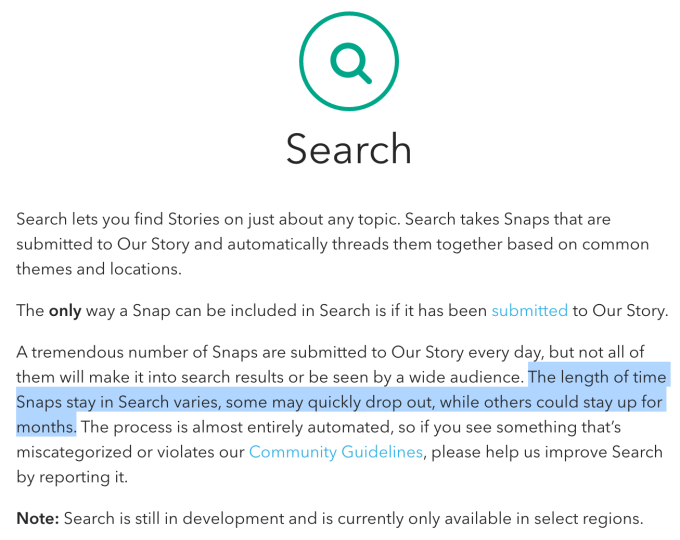 Snaps submitted to Our Story can appear in Search results for up to months, rather than disappearing after 24 hours like usual

Previously, you could think of Snapchat like a television with the Stories of people you follow as different cable channels. Discover and Snapchat Shows were like HBO, offering extra premium content. All you could watch was what these channels aired. If you flipped through all the channels and still weren’t satisfied, you were out of luck.

Search is like having the world’s biggest Blockbuster video rental spot open up next door. Suddenly you can browse a near-endless array of content in all sorts of categories, from popular mainstream releases to weird niche foreign films. New films arrive faster than you can watch them, so there’s always something you haven’t seen available.

For the biggest Snapchat fans, this uncaps their potential engagement time. You can now do around-the-clock movie marathons. 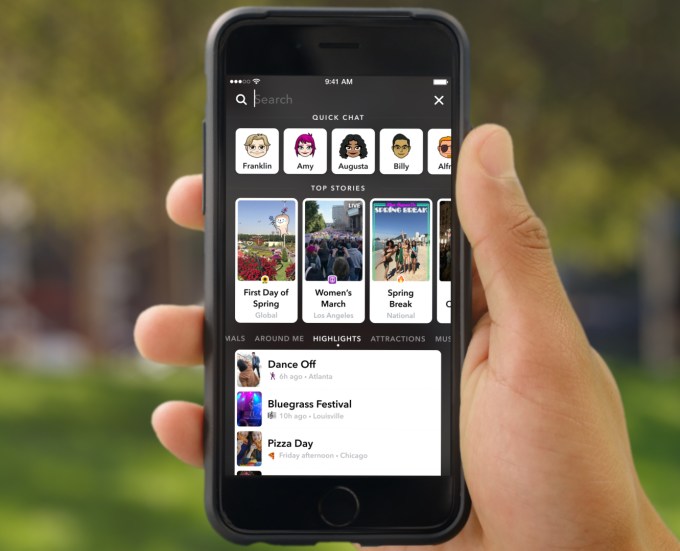 Another analogy is to think of Search as turning Snapchat into the ephemeral, real-time YouTube built for mobile video creation. YouTube indexes the world’s online recorded video content with Google’s search prowess. But often there’s a delay of a few hours to days from when something is recorded to when people upload it. And since YouTube was originally built for the web, the clips are typically longer, from 30 seconds to a few minutes. 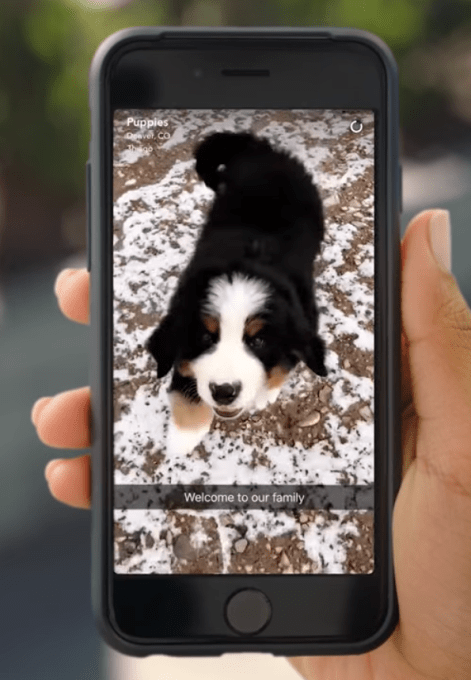 That norm subtly discourages short-form, mobile-shot, real-time, off-the-cuff content. And that leaves the door open for Snapchat and its new search feature. Instead of just relying on text descriptions and manually added tags, Snapchat is using machine vision to see what’s actually in content, then categorize and index it. Since it’s all mobile and people submit to Our Story as soon as they’ve shot something, plus it’s curated mostly by algorithms, content should be more quickly searchable.

And because Snaps disappear eventually, even if not just after 24 hours here, it encourages the submission and searchability of raw, unpolished, but still compelling content YouTube isn’t getting.

These ideas support the narrative Snap has been pitching to investors. It can’t sell itself on future user growth and eventual massive scale like Facebook since its growth plummeted late last year around when Instagram Stories launched. Instead, while it only has 158 million daily active users, it repeatedly highlighted that they spend 25-30 minutes a day in Snapchat on average. Search thereby fuels Snapchat’s best hope for growth, not in breadth of users but in the depth of their engagement.

If Snap can’t get everyone on earth using it because Facebook’s slew of Stories competitors steal the international markets and older demographics, then Snap must get the U.S. teens it already has addicted to stick around longer. Search is how.