This is Facebook’s 16th beat out of 17 quarters since it went public at $38 per share. Wall Street reacted to the positive earnings with a 7.5% bump in after hours trading to $132.60. It also hit another milestone: 1 billion daily mobile user.

Revenue growth was 59% year over year, which looks favorable compared to competitor Twitter, who yesterday announced its YOY revenue growth sunk to 20% from 60% a year ago. With 84% of ad revenue from mobile, total ad revenue was $6.24 billion. 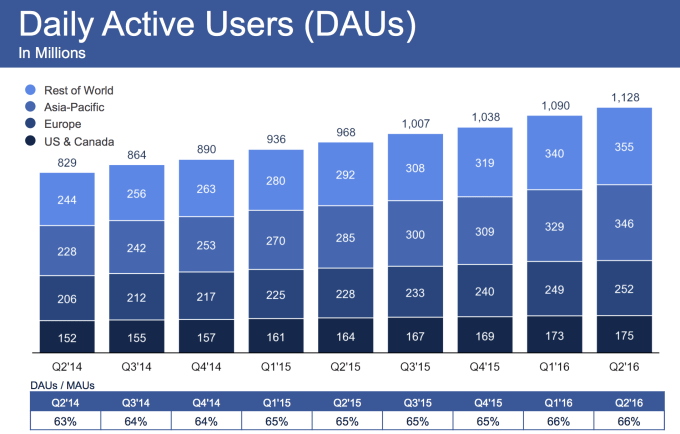 Though the big monthly user count gets the spotlight, Facebook’s daily active user count is a better measure of its health. Total DAUs reached 1.13 billion up 17% for the year, with 1.57 billion mobile MAUs up 20%. What’s especially remarkable is that Facebook’s stickiness, or DAUs divided by MAUs, stayed steady at 66%. That means people aren’t using Facebook less even as it grows and ages.

On the earnings call, the most exciting reveal was that Facebook now sees 2 billion searches per day, up from 1.5 billion a year ago. Zuckerberg said people searching for what others are saying about certain topics is driving that growth, which highlights Facebook’s on-going quest to win public chatter — as space Twitter has long ruled. However, Facebook doesn’t plan to rush to monetize search.

Zuckerberg also noted that he believes augmented reality will reach the mainstream first via smartphone apps instead of clumsy headsets. He said “the phone is probably going to be the mainstream consumer platform [where] a lot of these AR features first become mainstream.”

Facebook’s efficient social network operation raked in $2.05 billion in profit, compared to $719 million a year ago, while average revenue per user is now $3.82, up a big 15% from last quarter. As we detailed last quarter, Facebook has found a way to squeeze more cash out of the developing world, where ARPU grew a sharp 24% to $1.13.

And after years of success, Facebook has stockpiled $23 billion in cash on hand in case it wants to make any other big acquisitions. 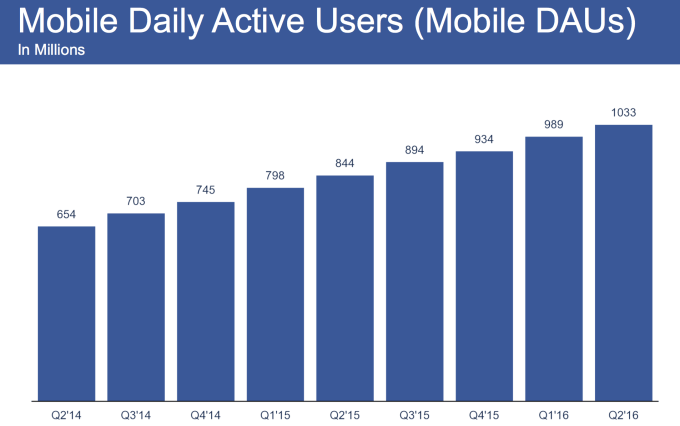 Facebook’s Q2 was marred by several bouts of negative press. Allegations from anonymous sources suggested it was purposefully suppressing conservative news Trends. Facebook denied the allegations and its internal investigation found no proof, but it vowed to better train Trend curators to avoid bias.

Later, on the behalf of its users, it changed the News Feed algorithm to prioritize posts from friends and family over stories from news publishers and brands. It’s still too early to draw conclusions on the size of the drop in reach and referral traffic for publishers, though Facebook admitted it’d be significant. 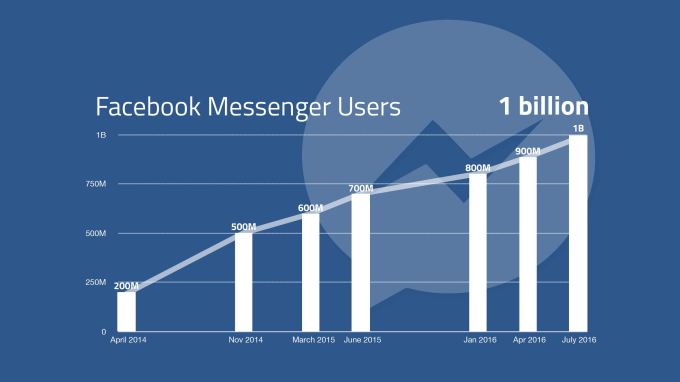 Facebook Live continued its growth, pulling some attention from Twitter’s acquisition Periscope that beat it to market last year. Live got new creative expression features and an API to help broadcasters use professional equipment. Meanwhile, video on Facebook continued its ascension, becoming a legitimate YouTube competitor. Mark Zuckerberg wrote in his letter to shareholders that “We’re particularly pleased with our progress in video as we move towards a world where video is at the heart of all our services.”

Meanwhile, Instagram reached 500 million users. Its community bristled at the announcement that an algorithmic feed would start highlighting the most popular posts instead of showing a purely reverse chronological stream. But that backlash hasn’t seemed to hurt Instagram too bad. 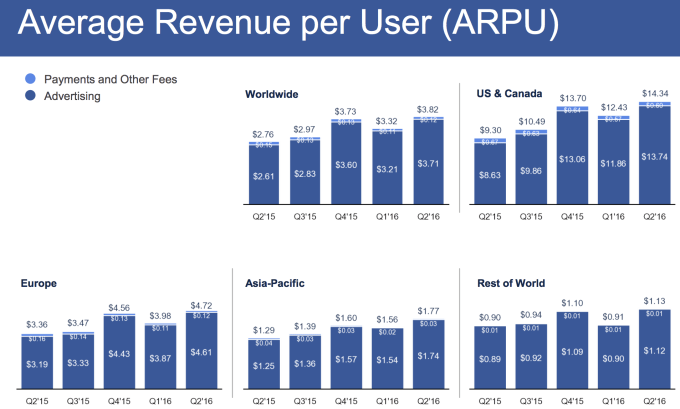 Overall, it looks like Facebook keeps winning despite its massive size and old age for a social product. It’s got a diversified set of products thanks to acquisitions, and plenty of cash to buy more. The company has figured out how to squeeze more cash out of each user while still adding tons per quarter thanks to emerging markets and its internet access initiatives.

While Snapchat might be pulling away daily life-casting, and Twitter is combining the first and second screens with its livestream deals, Facebook remains the core social network and messaging product of the world.

Read the rest of our Facebook Q2 earnings coverage:

Zuck says augmented reality will flourish on phones before glasses 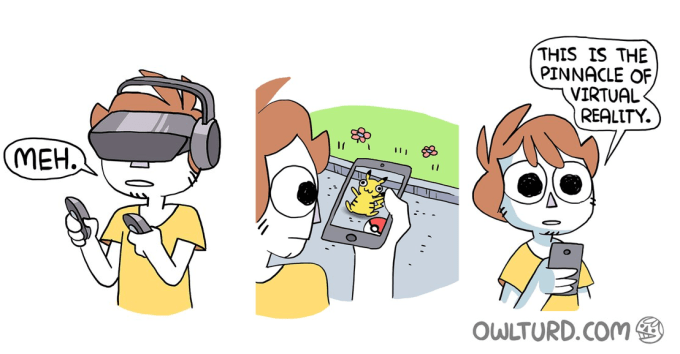