Snapchat selfie lenses and Pokemon Go, not Magic Leap and HoloLens. Smartphones are how Mark Zuckerberg sees augmented reality going mainstream, rather than potentially awkward headsets and glasses. That’s an important clue to how Facebook will adapt to this next computing platform. 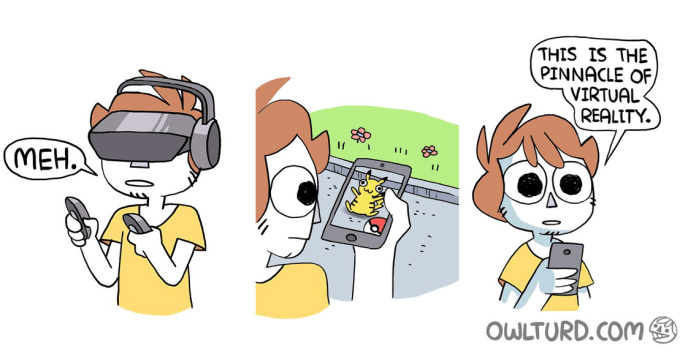 Yesterday on the call after Facebook’s sensational Q2 earnings report, Zuckerberg fielded what could have been a lighthearted question about Pokemon Go with a serious answer:

Well-known Facebook analyst Mark Mahaney of RBC Capital asked “when you see what seems like phenomenal success of Pokemon Go, what are your reactions to that?”

“I like everyone else am enjoying Pokemon Go. The biggest thing that I think we can take away from this as we invest in augmented reality in addition to virtual reality is that the phone is probably going to be the mainstream consumer platform [where] a lot of these AR features first become mainstream, rather than a glasses form factor that people will wear on their face.

I think we’re seeing this in a number of places, whether it’s location through Pokemon or some of the face filter activity, I referenced the Masquerade app that we acquired earlier in my remarks. That’s kind of a fun way to augment social experiences that you’re having with someone. I think there’s a big opportunity to build out that platform and a lot more functionality around that.

And one of the big themes that we’re talking about here is becoming video first. And as people look for richer and richer ways to express themselves, just like people in the past have shared a lot of text and photos on Facebook, we think in the future more of that is going to be video, and more of these augmented reality tools I think are going to be an important part of delivering that experience and making that fun to use and expressive as it can be.“

Essentially, Zuck thinks it’s more likely that the device in everyone’s pockets I’d more likely to deliver AR at scale than headsets that could be expensive, cumbersome, weird looking, and that no one owns yet. 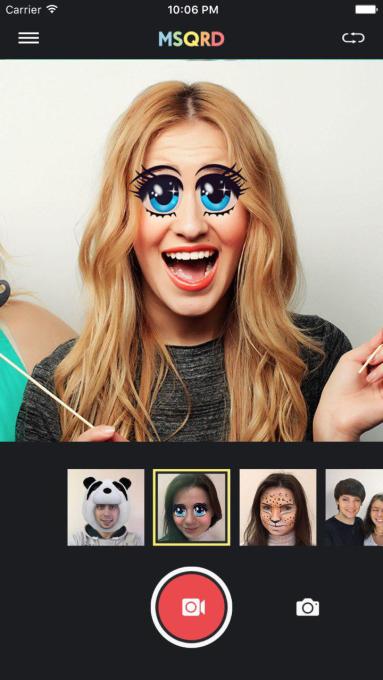 This aligns with what Apple CEO Tim Cook said on his company’s earnings call this week about the the ability to instantly scale the user base of a product if it lives on an already-popular platform. “In terms of AR and the Pokeman phenomenon, it’s incredible what’s happened there” Cook beamed. “I think it’s a testament to what happens with innovative apps and the whole ecosystem and the power of a developer being able to press a button and offer their product around the word.”

Facebook has watched this play out with the Oculus Rift vs the Gear VR. Despite the Rift being much more powerful, it’s tethered at home, expensive, and requires a high-grade gaming computer most people don’t own. The Oculus-made Gear VR, a cheap headset powered by popular Samsung Galaxy phones, is mobile, comparatively cheap, and runs on a device tons of people already own. That’s why the Gear VR had already reached 1 million active users while the Rift is confined to hardcore gamers and VR enthusiasts.

Snapchat’s animated selfie lenses and Pokemon Go prove that people are eager to play with VR…as long as it doesn’t require special hardware. Sure the object recognition and overplayed graphics aren’t the most technologically impressive uses of VR. But Facebook, Instagram, Messenger, and WhatsApp aren’t necessarily the most technologically impressive uses of mobile, yet they became the most popular apps.

Facebook has already begun to publicly invest in AR through the acquisition of MSQRD, an app that makes animated selfie filters similar to Snapchat’s. And Zuckerberg has repeatedly said AR is a big piece of Facebook’s long-term roadmap. 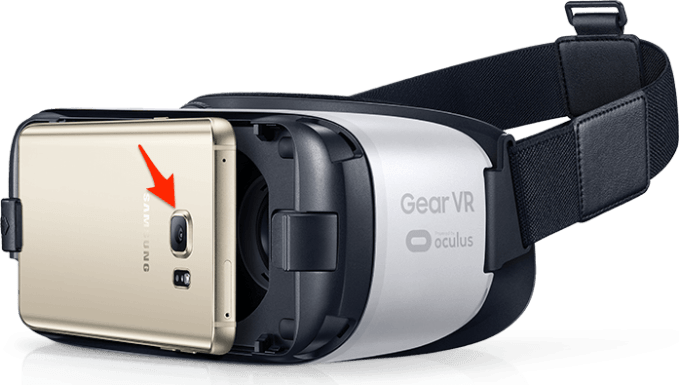 Apps that augment the videos you share to Facebook may be the company’s next step. And since the Gear VR can take advantage of the rear camera on your Galaxy, it could simulate augmented reality by combining the real-world image with added effects — though this will look blurry and have more lag compared to those graphic appearing on a transparent visor like HoloLens.

In any case, with these new comments, we can expect Facebook won’t rush to launch its own MagicHoloLeap headset.