While faulty hoverboards are setting themselves ablaze to celebrate Christmas, robots are gradually moving from labs to news reports to entering our daily lives.

First in line are drones, already in many people’s hands, autonomous cars with early deployments such as Tesla’s autopilot, and desktop robots like 3d printers.

In 2015 robot popped up in many forms, shapes and industries. Investments in robotics keep growing (about $340M in 2014) as well as the number of robotics startups. They represented a third of HAX new investments in 2015.

Like all connected devices they are benefitting from the massive drop in price and size of sensors and CPU ushered by the boom of smartphones and advanced game consoles. Robotics companies can certainly thank Apple, Nintendo and Microsoft! They can also thank the now defunct startup Willow Garage for initiating the ROS robot OS project.

More projects and available early stage capital means that many startups can build prototypes. Things get difficult with the next phase as most professional money waits for revenue to fuel growth. Still, a number of startups access significant funding. Large players such as Google, Amazon, Tesla, Apple and Uber are investing in or acquiring various companies, talent and technologies.

It is not easy to come up with a definition that could satisfy professionals and the general public, who uses the term liberally. To simplify, a robot is a device that adapts to its environment thanks to autonomous movement and takes autonomous decisions. This definition does not include machines that just execute a repetitive task, or require full remote control. Hence, most toy drones, 3d printers and a large number of factory arms would not qualify, though many would call them robots. Those are, however, evolving toward more intelligence with computer vision and more, and crawling toward a proper “robot” status.

Classifying robots is another tough one. It could be done according to technology or application. We decided to group them the following way:

Drones are receiving vast amounts of attention and funding. DJI, 3DR, Parrot and a few upstarts like eHang and Yuneec secured 8-digit investments (and China is rising as a drone powerhouse). GoPro announced its entry for 2016. Applications are evolving from imagery, surveying and surveillance toward deliveries (Amazon Prime Air, Alibaba, but also delivery companies such as SF Express in China), inspection and even first-person-view (FPV) racing. Key players have formed the Small UAV Coalition to inform policy makers and promote safety. 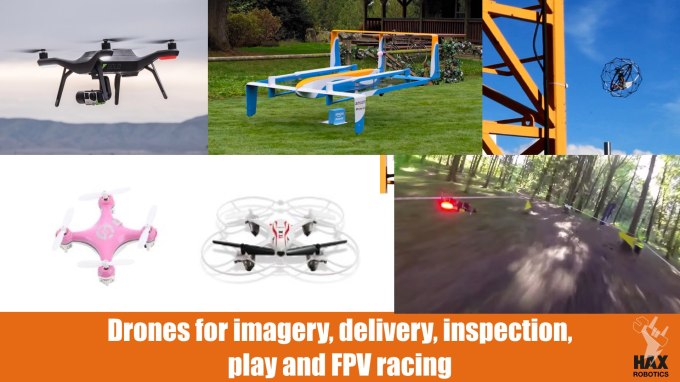 Service robots is one of the most exciting categories. According to M.A. Shah, co-founder of the retail robotics startup Simbe Robotics“Autonomous ground service robots today have the same kind of momentum that drones enjoyed 2-3 years back”. 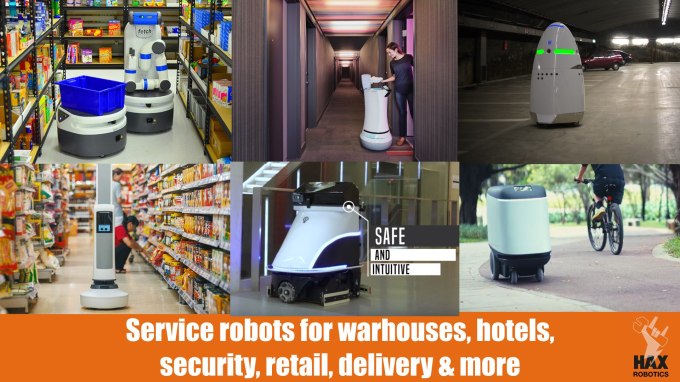 Lifestyle robots: autonomous vacuum cleaners and lawnmowers are now widespread and commoditizing fast. New products such as Nua’s following suitcase are getting use closer to a Jestons lifestyle. 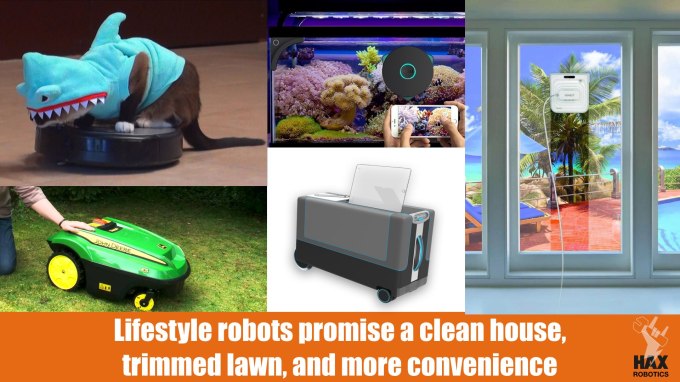 Social robots: they are the wild card of the new generation. From Softbank’s Pepper to MIT grad Jibo, or France’s Keecker and Buddy, it is hard to tell if this will catch on. 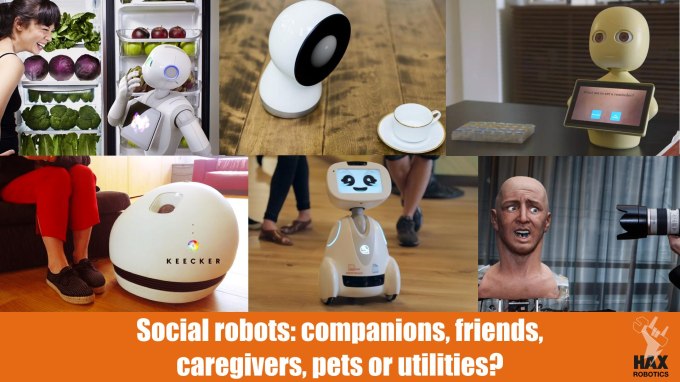 Robot arms: the classic industrial arm is evolving in two directions: more intelligence (making it a real “robot”) and lower costs. Hobby arms can now be found for a few hundred dollars. The holy grail to build robots manipulating the physical world might be an industrial-grade sub-$5000 arm. Several startups like Carbon Robotics are on the job

Cobots: those collaborative robots are a promising branch of robotics, with companies like Rethink Robotics, Universal Robots, Kawada Industries or the large ABB. Working alongside humans, they could become extremely useful when they become trainable by non-experts and once prices drop. 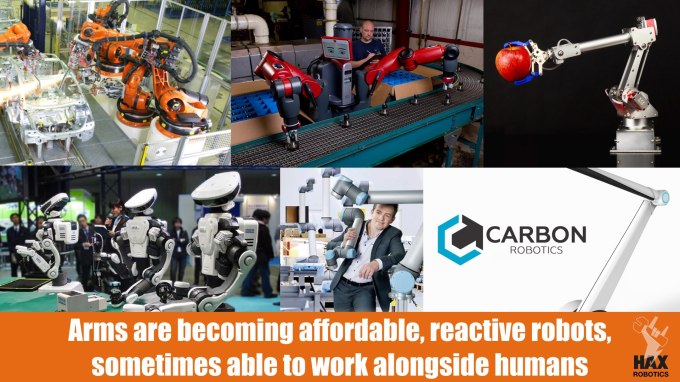 Other robots: in here we have the DARPA-funded projects Google acquired with Boston Dynamics, as well as agribots, biomimetic,reconfigurable, modular and soft robots (the latter two, observed at MIT and Carnegie Mellon, inspired the robots in Big Hero 6).

We added here some innovative grippers like Empire Robotics’s Versaball and Festo’s FinGripper since it is sometimes said “a robot is just as good as its grippers”. 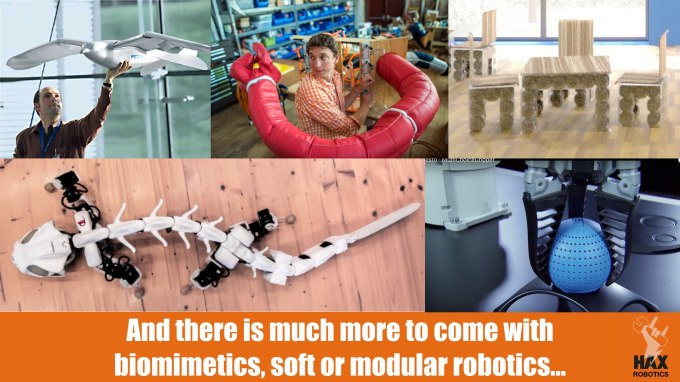 2016 & Beyond
Will 2016 have a “Macintosh moment” for robotics? The lower price of components and increasing number of plug & play hardware and software will help. Yet, there are barriers beyond economics and components:

– First, robots are still quite dumb
As mentioned by Dan Corkum, co-founder of Carbon Robotics: “Better & cheaper chips are needed for path planning, inverse kinematics, image processing, object and face recognition, or collaborative automation.” Quality robots would require cheaper CPUs, better algorithms and interfaces, improved actuators and… better safety: a robot that can do something your really want can also do something you really don’t want.

– Second, funding is lacking
There is a low number of investors keen on financing robotics startups at early stages. Robotics is often a sub-category of hardware, itself a small minority of the pitches VC see (robotics were barely 0.7% of VC investment in 2014). Building enough expertise to confidently invest before there are solid numbers requires a dedicated focus.

– Third, robotics talent is lacking
Funded startups often resort to in-house training. Some others like Google and Tesla resort to more aggressive tactics like poaching from competitors, or university labs.

– Fourth, robots have an image problem

Last but not least, there is still resistance in the public mind, with oft-cited themes of robots taking over our jobs, harvesting our organs or taking over the world. Such emotional discourse hinder a more rational, measured and regulated approach.

While transitions might have friction, robots are machines that can bring us numerous benefits as workers, helpers, companions, pets, tools and toys, as much as cotton mills, washing machines and computers did.