TechCrunch TV is now really TechCrunch TV. When TCTV launched last year, the focus was on viewing our videos on the computer. Not on TV. Ok, we called it “TechCrunch TV” because it sounded a lot better than “TechCrunch Video”. But today, we are launching on the AOL HD platform and you can find us on your connected TV set.

Our videos are live on Roku, Boxee, Divx and Yahoo Connected TV platforms. Together, these platforms reach over 12 million devices. And that number is growing. A new report by Strategy Analytics says 42 million homes in the US and Europe are now using Connected TV devices. Don’t be surprised if more platforms get added to AOL HD as well. (AOL, the owner of TechCrunch, didn’t want me to say anything about that. Oh well.)

You can find these shows on the channel:

We are working to get other shows like TC Cribs on the channel, but AOL HD plays only HD content and Cribs is shot in SD. We’ll be changing that soon.

Both on-stage and backstage videos from our Disrupt conferences are available, so you can watch those events from your living room.

The TechCrunch videos appear under AOL HD’s Technology channel, along with other videos from Engadget and Translogic. Robert DelaCruz, General Manager for AOL HD, says “I’m very pleased to include TechCrunch to the channel lineup. TechCrunch further strengthens AOL HD’s technology offering with the latest in technology, from breaking news to startups to gadgets.”

If you want to learn more or get installation instructions, head over to hd.aol.com. Otherwise, lean back and start watching us on your TV. Of course, you can continue to watch on your computer, mobile phone or tablet as well. Those hackers out there who were already using Airplay, or Apple TV, or other means to view our content on TV, will now be joined by a much larger group who can see TechCrunch TV on TV. 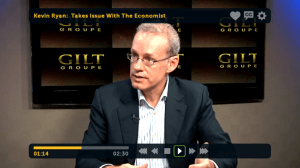