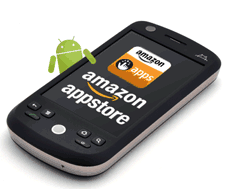 When I first heard that Amazon was going to be making an app store for Android (we broke the news in September of last year), I laughed. Just what Android needs, another app store, I thought. Further, I didn’t see what Amazon could bring to the table with such a store that Google themselves couldn’t. That was stupid. I was wrong.

Now that Amazon’s Android Appstore is out there in the wild, and I’ve had a chance to play with it, I see the brilliance of the maneuver. In many ways, Amazon just came out of nowhere and beat Google at their own game — on their own devices. At the same time, some of the processes involved in Amazon’s Appstore are laughable. And they point to a very obvious fact: Amazon needs to build their own Android devices. Pronto.

There has been a lot of talk today about how and why Amazon could become a big player in the tablet space. And a NYT report from last week points to Amazon specifically looking at expanding their work on Android in the space. (We also heard about an Amazon Android tablet back in September from the same source that knew about their app store.) But there really should be no question about it. After seeing their Android Appstore, it’s clear not only that they need to get into this game, but that they’re going to.

Currently, to install Amazon’s Appstore, you need to jump through a bunch of loops. This laborious process has been ripped apart — “8 easy steps” — and rightfully so. This isn’t like installing just any other Android app. You have to alter system settings and send yourself files. If you’re somewhat geeky, it’s not hard. And to be fair, Amazon does the best job they can walking you through the process on their site. But there is no way that an average person is going to do this.

And Amazon has to know that. In that regard, this roll out is more of a natural beta test.

The key to Amazon’s Appstore is going to be getting it pre-installed on devices. Earlier, my colleague Jason suggested that Amazon should strike up deals with carriers to get their store pre-installed on Android devices. I too have no doubt that those discussions are already well underway. The problem is that at least some of those carriers (and OEMs) are also doing their own app stores — will they really want more competition?

Regardless, the better method is for Amazon to take matters into their own hands. 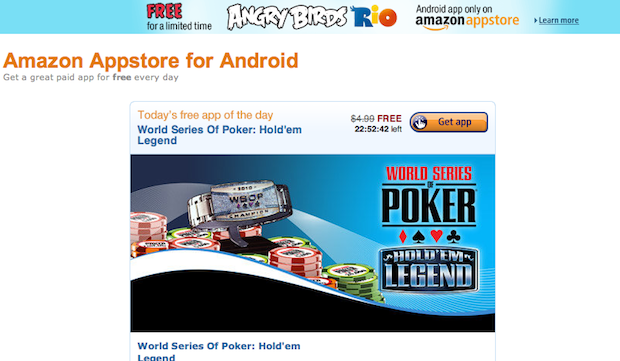 Earlier, John Gruber laid out a scenario in which you buy an Android device from Amazon and they ship it to you pre-loaded with your Amazon credentials, like they do with the Kindle. Yep. But taking it one step further, what if Amazon also altered the Android experience to allow you to do true one-click buying and installation of their apps?

While the installation process of Appstore itself is humorously long, almost as bad is the process after you buy an app from Amazon’s Appstore. Once the purchase and download are complete, you still have to manually install it by clicking a few buttons. Again, it’s not hard, but it’s ridiculously cumbersome — especially when compared to how ridiculously easy it is to buy an app via the Appstore (more of that in a second).

Right now, Amazon’s Appstore is pretty much a diamond surrounded by coal on all sides. It’s a pain to install the store and awkward to install the apps bought in the store. But the store itself is pretty great, and the buying process could not be more seamless. Amazon needs that to unify the entire experience.

It’s all about the diamond. Actually, it’s all about the cards. As in, credit cards. The store Amazon has created is brilliant for that reason alone. It directly ties a user into their Amazon account which already has their credit cards on file. This enables true one-click shopping. It matches Apple’s App Store and far, far surpasses the nightmare that has been the Android Market. Google Checkout, who? Carrier billing, what?

In fact, Amazon’s app buying process is a bit too easy. When I was up and running, my account had one-click buying enabled and I accidentally hit one of those buttons with my thumb. Whoops, app purchased. Unlike Apple’s App Store where you see a price (or “free”) in the button and you have to click again to actually buy, with Amazon, it really is one-click. (And returns seem to be a bit of a pain, I had to email Amazon — I suspect they’ll be getting many such emails.)

But that’s something that’s easy enough to solve (if they even want to). The real key is the buying process itself and how perfect it will be for most consumers. Amazon has built the app store that Android should have had from the beginning. (And the free app a day ploy is genius.)

What Google does next will be interesting. Do they embrace what Amazon has done? Or do they shun it in fear? Undoubtedly we’ll heard the PR-friendly blurbs about this proving how great open is. But at the end of the day, this may well be Amazon eating Google’s lunch — off of their own plate.