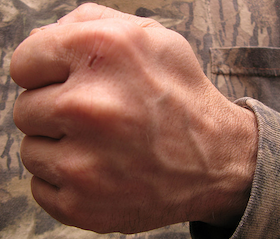 This past weekend, I wrote a post wondering if Android was surging in the U.S. market because Apple was letting it? The main thought was that by remaining exclusively tied to AT&T, Apple was driving some users to choose Android, which is available on all the U.S. carriers. In the post, I posed a question: if it’s not the iPhone/AT&T deal, why do you choose Android? Nearly 1,000 people responded, and a large percentage focused on the same idea: the idea of “openness.”

You’ll forgive me, but I have to say it: what a load of crap.

In theory, I’m right there with you. The thought of a truly open mobile operating system is very appealing. The problem is that in practice, that’s just simply not the reality of the situation. Maybe if Google had their way, the system would be truly open. But they don’t. Sadly, they have to deal with a very big roadblock: the carriers.

The result of this unfortunate situation is that the so-called open system is quickly revealing itself to be anything but. Further, we’re starting to see that in some cases the carriers may actually be able to exploit this “openness” to create a closed system that may leave you crying for Apple’s closed system — at least theirs looks good and behaves as expected.

Case in point: the last couple of Android phones I’ve gotten as demo units from Google: the EVO 4G and the Droid 2, have been loaded up with crapware installed by the carriers (Sprint and Verizon, respectively). Apple would never let this fly on the iPhone, but the openness of Android means Google has basically no say in the matter. Consumers will get the crapware and they’ll like it. Not only that, plenty of this junk can’t even be uninstalled. How’s that for “open”?

And this is just the tip of the iceberg.

Earlier this year, Verizon rolled out its own V Cast app store on some BlackBerry devices. This occurred despite the fact that BlackBerry devices have their own app store (App World). From what we’re hearing, Verizon is also planning to launch this store on their Android phones as well in the future. Obviously, this store would be pre-installed, and it would likely be more prominently displayed than Android’s own Market for apps.

Does V Cast have some good content? Probably. But most of it is undoubtedly crap that Verizon is trying to sell you for a high fee. But who cares whether it’s great or it’s crap — isn’t the point of “open” supposed to be that the consumer can choose what they want on their own devices? Instead, open is proving to mean that the carriers can choose what they want to do with Android.

It’s too bad, but there is now a very real risk that the carriers are going to exploit the open system Google set up in order to create a new version of the bullshit proprietary ecosystems that they had before the iPhone came along and turned the market on its side. 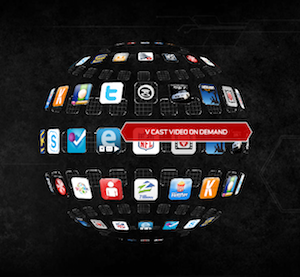 And it’s not just Verizon, it’s all the carriers. One of the great features of Android is that you can install apps without going through an app store, right? Well, not if you have an a Motorola Backflip or a HTC Aria running on AT&T — they’ve locked this feature down. How? Thanks to the open Android OS.

Oh, and how about tethering? It’s one of the truly great features of Android 2.2, right? Well, not if you have a carrier that doesn’t want to support it. Google has to defer to them to enable their own native OS feature. It’s such an awesome feature — in the hands of Google. Once the carriers get their hands on it — not so much.

Speaking of Android 2.2, you know it’s out there right? You’ll be forgiven if you don’t because a whopping 4.5 percent of you Android users are currently running it, according to Google’s dashboard. And again, that’s not Google’s fault, that’s all the carriers. Incredibly, over 35 percent of you still aren’t even running any version of Android 2.x. It’s pathetic.

Apple gets crap for not supporting phones that are three years old with OS updates — the open Android system can’t even upgrade phones that are only a few months old in some cases — again, all thanks to the carriers.

The excuses for why this is run rampant. They need to tweak their custom skins, they need to test the new software, etc. It’s all a bunch of garbage. This is an open platform and yet you’re more restricted than on Apple’s supposedly closed one.

What happens when Verizon won’t update your phone to the latest greatest Android software — not because they can’t, but because they want you to upgrade to a new piece of hardware and sign the new two-year agreement that comes along with it? The game remains the same.

My point is not to bash Google — what they’ve created is an excellent mobile operating system. My point is that the same “openness” that Android users are touting as a key selling point of the OS could very well end up being its weak point. If you don’t think Verizon, AT&T, T-Mobile, and Sprint are going to try to commandeer the OS in an attempt to return to their glory days where we were all slaves to their towers, you’re being naive.

“Open” is great until you have to define it or defend it. I’m not sure Google can continue to do either in this situation.

And before all of you pros storm the comments with how great it is to root your Android phones, consider the average consumers here. They are the ones being screwed by this exploitation of “open.” Anyone with the desire to do so can fairly easily hack an iPhone too. Open is not a reason to choose Android + carrier vs. iPhone + AT&T.

Update: Oh, and one more great example Michael Prassel reminded me of in the comments — do you want Skype on your Android phone? Well, I hope you have Verizon because otherwise you won’t be able to install it. “Open.” We’re only going to see more of this, not less.