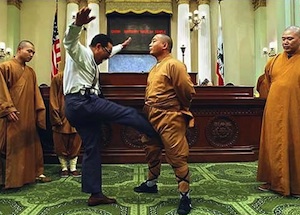 Buried a few paragraphs into my post a few days ago about how Android’s openness is giving the carriers a way to potentially ruin the platform, I noted the following tidbit of information I had heard:

Earlier this year, Verizon rolled out its own V Cast app store on some BlackBerry devices. This occurred despite the fact that BlackBerry devices have their own app store (App World). From what we’re hearing, Verizon is also planning to launch this store on their Android phones as well in the future. Obviously, this store would be pre-installed, and it would likely be more prominently displayed than Android’s own Market for apps.

A new report today from the blog Android and Me seems to confirm this information. Specifically, the report states that Verizon is already accepting submissions for their new V CAST App Store on Android — and that the store will exist outside of Android’s own Market. The best part? It will be a curated store (read: walled garden), much like Apple’s App Store rather than Android’s Market.

The upside is that this store will apparently be free (for developers to submit to, but there will be paid apps) and that it will be looped directly into carrier billing, meaning customers will be able to easily purchase apps. The standard 70/30 revenue share applies as well. And Verizon has a stated goal of accepting apps within 14 days (similar to Apple’s goals for app approvals).

The downside: initially, this store will apparently only be available on Android devices running Android 2.2 or later — and obviously only the ones on Verizon’s network. In other words, Verizon is building a better app store for Android to supplant the one Google made — but one that can only be used on some Android devices.

To underscore the point that Verizon is playing it as a better version of the Android Market, here’s two key bits from their release on the matter: 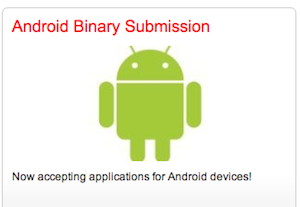 On one hand, this, on top of Verizon’s recent use of Bing as the default search engine on their Android phones, indeed shows how open Android is. On the other hand, the fragmentation picture is getting very ugly, very fast. Expect plenty of customer confusion to follow — “what do you mean I can’t use the apps I bought on my Droid X on my new Android phone?”

Further, at the end of the day, it is still Google’s goal to make money with Android. If both their search and now their apps are being supplanted, what’s the point?