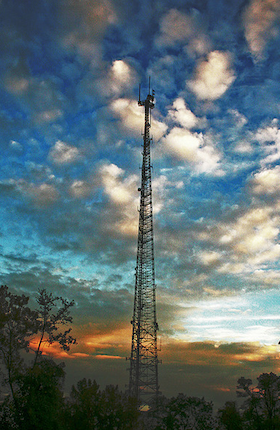 CNNMoney published an interesting piece by David Goldman this morning entitled, Google: Your new phone carrier? In it, Goldman lays out what he sees as the preliminary steps Google has taken to become a wireless carrier themselves down the road. He also gives some reasons for why they would and would not want to do that. In my mind, the concept is much more straightforward. Goldman ends the title of his piece with a question mark — but it should be a period.

It’s not a question of “if” Google will try to become a carrier. It’s just a matter of “when” they’ll try to.

Now, to be clear, that doesn’t mean I think they’ll actually be able to become a carrier. The biggest hurdle there has nothing to do with the technology needed, the money needed, or the expertise. Rather, the major issue would be the government. Would they allow Google, already one of the biggest corporations in the United States, to enter a new area that could extend their control (particularly in the advertising space)? Probably not. Actually, I have a feeling it might have more to do with Verizon and AT&T lobbying dollars influencing the government to block Google in such a cause.

But again, Google will try. It may be a few years from now, but it’s inevitable.

Here’s the key blurb of the CNNMoney piece, far down:

It’s not likely in the immediate future. Google’s Android is the hottest item in the mobile market, and the company relies on carriers to adopt its software and drive customers to its search site.

But it’s a real possibility down the road. The Federal Communications Commission recently failed to enact strong Net neutrality rules for the wireless community. That leaves open the option for carriers to restrict their subscribers’ access to some of Google’s offerings.

Without the net neutrality safeguards in place, the carriers will make moves to restrict certain services down the road. YouTube is one example. Google Voice is probably another. There will likely be a dozen others.

Interestingly enough, it’s none other than Google who will share a big part of the blame for this happening. Not only did they leave Android so open so as to allow for the carriers to do whatever they want, but they also teamed up with none other than Verizon to dream up the current bogus non-rules the FCC just voted to adopt for wireless access.

But what if it is just a big “keep your friends close and your enemies closer” scenario? What if Google saw teaming up with Verizon as the only way to move at least part of the net neutrality debate forward (as Google CEO Eric Schmidt has more or less stated) and realized that it was inevitable that they’d be competing with them in wireless down the road? It can’t be ruled out. And at the very least, the partnership may be a bit of bet hedging — a way to ensure continued money-making just in case they can’t enter the wireless space down the road.

Remember that Google has done some sly manipulation of the space in the past. In 2008, they put up a huge bid to buy a portion of the wireless spectrum that the FCC was opening. But Google had no intention of actually winning with that bid. Instead, they bid just enough ($4.6 billion) to ensure that the open device and application rules would be put in place on the spectrum, no matter who won the rights to control it. And who won those rights? Verizon (and AT&T to a lesser extent).

While Google and the carriers may seem all buddy-buddy now, in the not-too-distant future, they will likely be at odds with one another. The reason will be that the carriers will begin restricting what Google thinks should be open. And Google will have to make some moves to open things up once again.

Rumors of Google buying one of the smaller U.S. carriers, namely Sprint, have been around since at least 2007. Those rumors pop up every year, and they will likely only intensify going forward. One issue there is that it would only solve the U.S. problem. Of course, given the state of carrier control in this country, it is likely the problem Google will want to solve first. The other bigger issue, again, is the government blocking such a purchase.

Instead, Google may simply try to buy up chunks of spectrum from others. Or build out their white space initiative, the so-called “WiFi on steroids“. Or maybe they’ll dream up some other new technology to try to end carrier dominance. This is the company behind self-driving cars, after all.

Remember, Google is already entering the ISP game with their fiber optic broadband test. Why? Because the state of broadband in this country is pretty piss poor thanks largely to de-facto regional monopolies in place. The next, and more important step is for them to take to the skies. And for largely the same reason. And Google will try to. It’s only a matter of time. I’m just worried that like most things they’re attempting these days, it will be easier said than done.