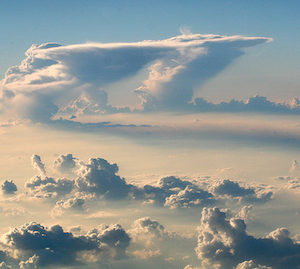 About two and a half years ago after “losing” (but really winning, because it was forced open) the FCC’s 700Mhz spectrum auction, Google set its sights on another goal: the opening of the so-called “white space” (which Google had actually been working on alongside the spectrum opening). White space is the name given to the vacant airwaves between television channels, airwaves which are increasingly open as people move to cable and other methods of getting television. These airwaves have the potential to carry wireless data at speeds and distances that would make today’s WiFi seem antiquated. That’s why the white space has earned the nickname “WiFi 2.0” or “WiFi on steroids”. And after an FCC vote today, it’s finally a go.

The FCC voted unanimously (5-0) to adopt rules for using the white space. This means that companies like Google can start getting to work coming up with ways on how they want to use them. Of course, you can bet they’ve already been thinking about that for the past two and a half years, and probably longer. So now it’s time to execute.

This is exciting for a few reasons, but the biggest is that it gives technology companies a way to innovate outside of the realm of wireless carriers or broadband providers — all of which use their quasi-monopolistic control over their industries to inhibit innovation in order to make money. In the Reuters piece about the white space vote, they note that not only is Google interested in using the space, but Microsoft, HP, Motorola, and even Sprint are as well.

Obviously, even white space WiFi won’t have the range that wireless carriers currently offer. But imagine a future where white space WiFi blankets cities and people can use WiFi phones instead of the the ones tied to carriers. Maybe I’m dreaming here, but please don’t wake me up, at least for a few minutes.

Shockingly, it doesn’t seem to be the carriers that are the ones most opposed to this opening (though some undoubtedly don’t like the idea). Instead, it’s the National Association of Broadcasters (NAB), which are afraid that the new use of the spectrum will interfere with existing TV and wireless radio signals. They had previously sued the FCC over this, but they’re apparently reviewing what to do after today’s ruling.

Update: Be sure to check out Martin Suter’s long comment below for some in-depth perspective on why this might not mean much for us unless you live in a rural area.

For several years now, the tech industry, the public interest community, and entrepreneurs have been clamoring for the green light to begin innovating and building new products for these airwaves on an unlicensed basis. Today’s order finally sets the stage for the next generation of wireless technologies to emerge, and is an important victory for Internet users across the country.

What’s next on TV white spaces? We’re hopeful the FCC soon will name one or more administrators of the geolocation database, and establish the ground rules for its operation. Once the database is up and running, new white spaces devices and tools can begin to roll out to consumers.