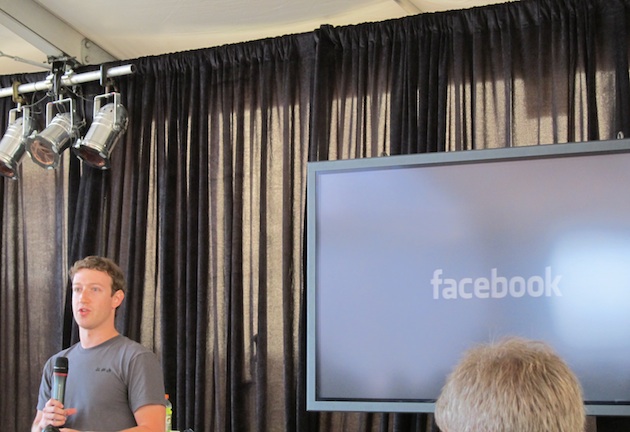 We’re here today at the St. Regis in San Francisco where Facebook is unveiling what CEO Mark Zuckerberg is calling a “modern messaging system”.

Zuckerberg recalled talking to high schoolers recently and asking them how they communicate with one another. They don’t like email. “It’s too formal,” Zuckerberg noted. So about a year ago, Facebook set out to overhaul the system. But this isn’t just about email.

“This is not an email killer. This is a messaging experience that includes email as one part of it,” Zuckerberg said. It’s all about making communication simpler. “This is the way that the future should work,” he continued.

Here are the keys to what a modern messaging system needs according to Zuckerberg:

To do that, Facebook has created three key things: Seamless messaging, conversation history, and a social inbox. Essentially, they’ve created a way to communicate no matter what format you want to use: email, chat, SMS — they’re all included. “People should share however they want to share,” engineer Andrew Bosworth said.

All of this messaging is kept in a single social inbox. And all of your conversation history with people is kept.

Alongside the product on Facebook.com, this is going to work on their mobile applications as well. An updated iPhone app is launching shortly. It’s important that you can keep messages going while you’re on the go, Bosworth noted.

But you don’t need an app. It’s important to note that this can work with SMS too.

And yes, everyone can get an @facebook.com email address if they want. But they don’t need to get one — you can use any email address. And yes, IMAP support is coming soon too (but not just yet)

In order to make this work, “we had to completely rebuild the infrastructure that this system is build on,” Bosworth noted. People are aware of Facebook’s Cassandra system, but now they’ve built something new called hBase (working alongside the open source community again).

He said that 15 engineers have worked on this product — remarkably, this is the most that have ever worked on a single Facebook project.

Right now, this system is merging four main things: SMS, IM, email, and Facebook messages. Zuckerberg said that they’d consider other tech, like VoIP in the future. But right now this is mainly about consolidating text-based messages.

This messaging system will be rolling out pretty slowly over the period over the next few months, Zuckerberg said.

More: Zuckerberg: Our System Is Not An Email Killer. But If It Dies As A Result… 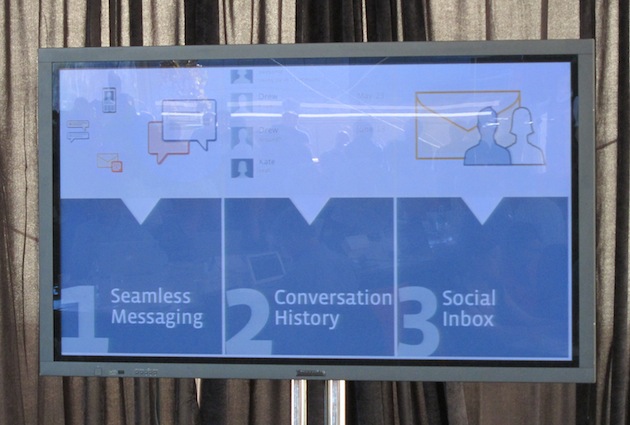