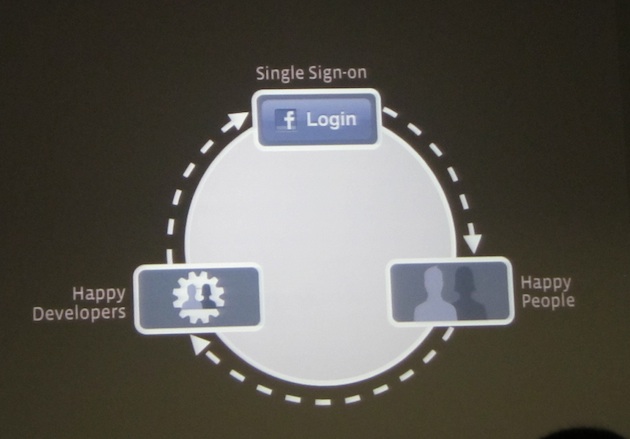 Today at Facebook’s event in Palo Alto, CA the company wanted to talk about mobile. First, CEO Mark Zuckerberg unveiled a few updates to both Facebook’s Android and iPhone apps. But the real key to all of this is the platform, he said.

Zuckerberg invited the head of Facebook’s mobile platform team, Erick Tseng, on stage to talk a bit more about that. Tseng said that Facebook’s vision is to create “a true horiztonal platform“. And the first major component of that is a single sign-on, he said.

This is a button that third-party developers can use to give users a one-click way to sign on. “It removes the need to ever have to type a username or password again,” Tseng noted. This is all about “saving you time from things you have to do, to the stuff you want to do,” he continued.

This is something that Zuckerberg has been talking about for a while now. And back in August, CTO Bret Taylor noted that they have a team called “Platmobile” working on this very thing.

Tseng noted that implementing this is just a few lines of code. In fact, it’s the same permission system that over a half million games and apps use today on facebook.com, he said. And with that, he invited people from Groupon and Zynga to talk about their experience implementing this.

Other partners launching this shortly include Yelp, Loopt, Flixster, Booyah, and SCVNGR.

But it’s important to note that single sign-on is just the first part of the mobile equation. This is also all about some new APIs — such as location ones, with write and search access. And a new Deals element. 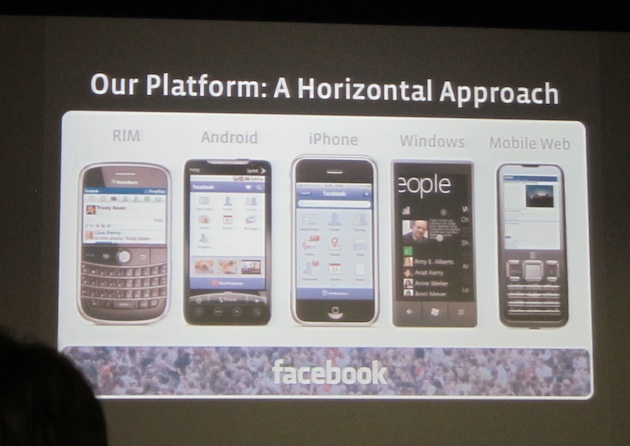