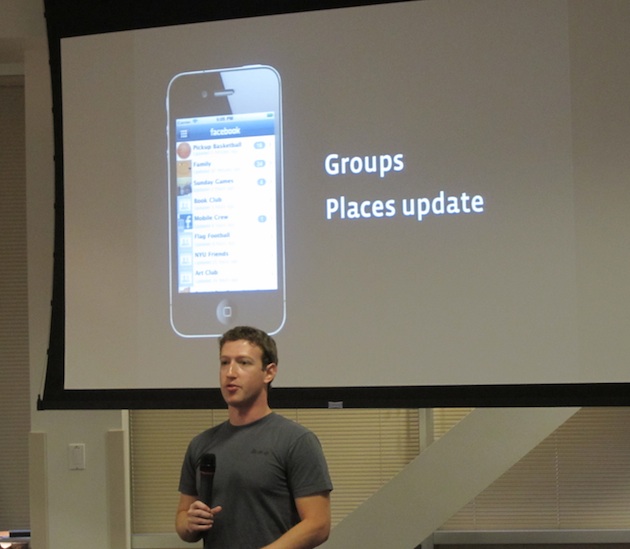 Today at a special mobile event at Facebook headquarters in Palo Alto, Facebook CEO Mark Zuckerberg is launching a suite of upgrades to the company’s mobile applications. The company also announced a major milestone: more than 200 million people are using its mobile apps, which is more than triple the usage it saw this time last year.

The Android app is getting a big refresh. “The Android app has been behind”. The reason? When Facebook decided to start working on an Android app last year, it decided to work with an Android app shop to help them build their app. Then Google bought the company they were using, which knocked it behind — this is one reason the iPhone app has traditionally gotten new features months before Android does.

“We’re back on track, we think we have general parity between iPhone”. Today, Facebook is launching Places and Groups on Android