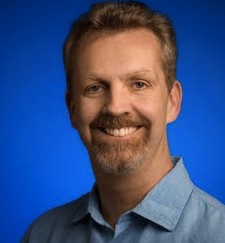 When Google put their faith in Wave, an ambitious new project last year, they knew it was a gamble. But a big part of it was the team behind the project. A team led by Lars Rasmussen, the engineer best known as the co-creator of the hugely successful Google Maps. And now he’s left the company. And from what we hear, he’s heading to Facebook. (Update below — he is.)

Rasmussen confirmed his departure on his Facebook page. Yesterday was his last day of work at Google. He didn’t give any indication where he’ll be heading next, other than he’d be “a whole big ocean closer” (he was living in Australia where the Wave team was based). But the fact that he put all this info on Facebook is telling. From what we’re hearing, he will be joining Facebook.

This is a huge loss for Google and a huge gain for Facebook. But it’s hardly surprising that Rasmussen is leaving Google given that the search giant killed his ambitious Wave project barely a year after it was first unveiled.

Rasmussen’s defection is the latest in a series of moves from Google to the pre-IPO Facebook. But his move is likely the biggest one since Chrome OS lead Matthew Papakipos made the same jump in June.

We’ll be very interested to hear what he’s working on at the social network. No word yet on what his brother Jens, who also helped co-create both Maps and Wave, will be joining him there.

In other words, when he gets back from his vacation in between jobs, they’ll confirm.

It’s also worth noting as well that current Facebook CTO Bret Taylor was heavily involved in the launch of Google Maps.

Update 10/31: Facebook has now confirmed the Rasmussen hiring with the following statement: