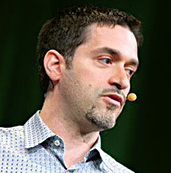 Google’s director of engineering Matthew Papakipos is leaving the search giant for Facebook, according to a Tweet he just sent out.

Most recently, Papakipos started and led the Chrome OS project at Google. Papakipos also served as the Director of the HTML 5 Open Web Platform for Chrome OS and created and lead the Chrome GPU hardware project.. Prior to joining Google, he was the CTO and VP of Engineering for software development company PeakStream, which was acquired by Google in 2007.

It’s certainly a talent loss for Google, which scheduled to launch Chrome OS in the Fall, and a huge talent win for Facebook’s engineering team. Facebook isn’t giving specifics on what Papakipos will be working on, but a representative did say that he would be a key player on the engineering team.

Matthew Papakipos has indeed joined Facebook. Matthew is an accomplished entrepreneur and engineer, and it’s wonderful that he has decided to bring his considerable talents to Facebook’s world-class engineering team.

Facebook has also made another key engineering hire today, Jocelyn Goldfein, who was formerly a VP and general manager of VMware’s desktop business unit. Facebook said in a statement, “We’ve landed two accomplished, senior people to join the Facebook engineering team — Matthew Papakipos and Jocelyn Goldfein. Both are about as accomplished as they come and we can’t wait for them to hit the ground running as key players on the team.”