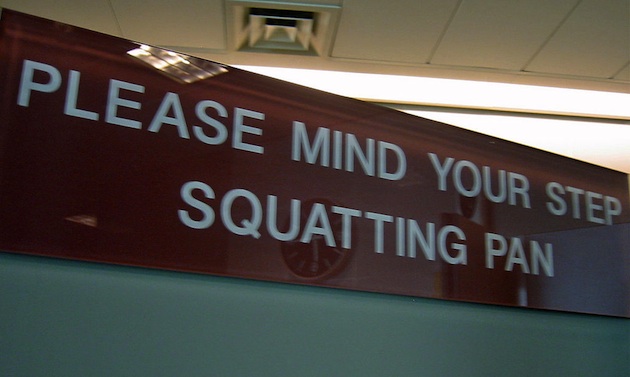 As you’ve probably heard, Apple has been taking steps to make whole iPhone/iPad/iPod touch app development process a bit more orderly. They actually now have some (quirky) guidelines in place to help developers, and they’ve un-banned the use of some third-party development tools. It appears they’ve also quietly done something else: ended App Store name squatting.

This issue was talked about quite a bit last October, when a developer learned someone had secured the rights for the name he wanted to use for his app in iTunes Connect, but hadn’t actually made an app to go along with it. The situation, as described by PC World last year:

But a developer doesn’t need to actually go through the entire process of developing an application in order to register a name. The submission process can be completed only halfway and left pending pretty much forever, leaving the name stuck in limbo. Plus, you can do this multiple times for different names, without ever having to write a single line of code.

But now, Apple has begun emailing developers if they’ve failed to upload their binary for 90 days after first starting the app creation process. Apple warns the developer that they have another 30 days to do so, or the record will be deleted from iTunes Connect. And the key point: “The app name will then be available for another developer to use.”

Now, name squatting wasn’t without a barrier to entry before — you still needed to pay the $99 yearly fee to be an official developer. But that $99 ensured you could basically squat on as many names as you wanted (though Apple would take back names that were proven to be trademarked).

This is a long overdue good move to stop such behavior. Below, find the email Apple is sending out (names of people and apps have obviously been changed). 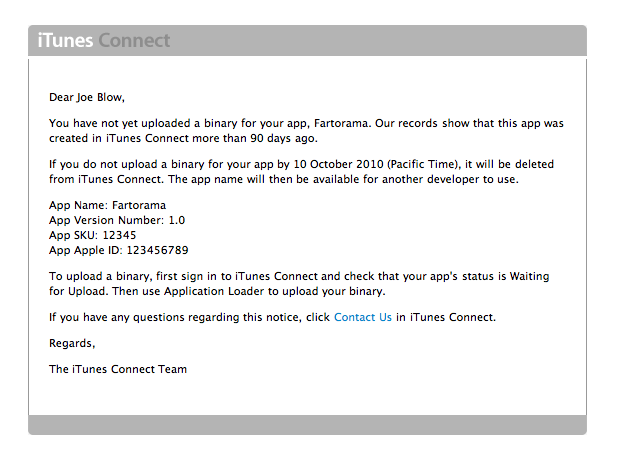