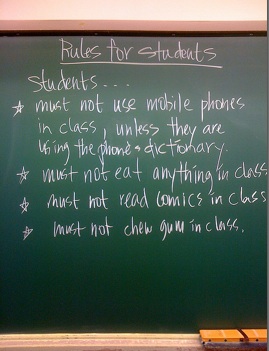 For the first time ever, after 250,000 apps have been developed, Apple finally decided to release some guidelines for developers to help them understand the app review process. The document is not only informative, but also entertaining to read. In general, for an app to make it through the somewhat opaque-until-now App approval process it needs to be a serious app (“We don’t need any more Fart apps”), it can’t crash or have bugs, it can’t be a beta or “practice” app that “looks like it was cobbled together in a few days,” and can’t “cross the line” in terms of being offensive. Oh, and when Apple rejects your app, if “you run to the press and trash us,” that will count against you.

The whole document is about keeping developers in line, but at least it is done with humor. Apps that contain objectionable material or pornography will be rejected, as will any apps which try to go around the App Store for payments or purchases, or have “interfaces that mimic any iPod interface.” Also, don’t try to use any of the “location-based APIs for automatic or autonomous control of vehicles, aircraft, or other devices.” All of this, of course, is subject to change.

Apple also acknowledges that it is being stricter with apps than with songs or books in iTunes, which some might say is hypocritical. But here is how Apple responds, along with some high-level principles (the full guidelines are embedded below).

We view Apps different than books or songs, which we do not curate. If you want to criticize a religion, write a book. If you want to describe sex, write a book or a song, or create a medical app. It can get complicated, but we have decided to not allow certain kinds of content in the App Store. It may help to keep some of our broader themes in mind: