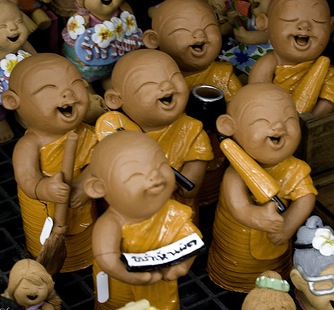 Last month, Apple rejected the Someecards iPhone app because it contained satirical comedy about public figures. After attempting to make their case and getting stonewalled, Someecards eventually gave into Apple and removed the offending cards which made fun of Hitler and Roman Polanski, among others. Apple swiftly approved the app and all was well.

Apparently, Apple contacted Someecards a couple days ago because of some new content in the app — Someecards pushes new cards into the app just as it does on its site. There was one in particular that Apple did not find amusing, and wanted clarification on: A card making fun of President Obama Halloween costumes. It’s fairly easy to see why Apple wanted some clarification, the card involves race. Here’s what it says: “Just double-checking that your Obama costume will involve a mask and not shoe polish.”

Fans of Someecards will know that they use these types of provocative jokes all the time. The intent, it would seem, is not to be racist, but to use a joke to make a statement about race. “It’s kind of hard to explain humor, but I basically said it was making fun of racist behavior,” Someecards co-founder Duncan Mitchell tells us that he told Apple.

Anyone who has ever talked to just about any spokesperson at Apple will immediately relate to what Mitchell is saying. If Apple contacts you about something, they’re really contacting you to make you do what they want. If you don’t, there is often the threat of repercussions of some sort. In Someecards case, it would have meant pulling the app from the App Store.

As I’ve said many times, the App Store is Apple’s store, they can choose to do what they want with it. The problem is that Apple is perplexingly hypocritical when it comes to what apps get rejected and what apps get accepted. For example, apps that feature interactive Asian upskirt shots are fine. So are apps called Asian Boobs which feature young Asian women wearing next to nothing in sexually provocative poses. Also apparently fine is Mein Kampf, Adolf Hitler’s famous work. 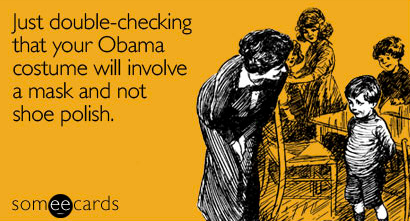 For whatever reason, Apple has decided that anything having to do with making fun of public figures is prohibited. Though satire is protected in this country, it’s apparently not okay in Apple law. Apple literally has no sense of humor when it comes to that. But guess who does? Google.

In a seemingly coincidental bit of timing, Mitchell says that Google contacted him just hours after his call with Apple. They were calling to see if he’d be interested in making the app for Android. Their big selling points? “They pitched us on all the cool new phones that were coming out, and they also wanted to stress that they wouldn’t censor the app,” Mitchell tells us (emphasis mine).

Google, it seems, has a much better sense of humor than Apple. And they’re definitely playing their cards right in attempting to set up Android’s Market as a more open alternative to Apple’s App Store. With over 100,000 apps now, the App Store is a juggernaut that keeps on growing. But it would be a mistake to believe this growth will continue on in perpetuity no matter what. Apple should be careful about pissing off developers (which it has done plenty of times already) when an alternative like Android is finally gaining some momentum.

Regular readers will know that unlike a couple of my colleagues, I’m firmly an iPhone guy. Despite the advances that competitors are making, I still truly believe it is hands-down the best mobile device out there. But, as I hope you’d expect, I’m not above calling out Apple’s bullshit when I see it — as I do, very often, with regard to the App Store.

I simply believe they are making a mistake with the way they’re trying to contain this environment. At first, it made sense from Apple’s perspective because the company is all about controlling the user experience. But as the App Store continues to grow, the app approval model be harder and harder to maintain. What happens when we get to a million apps in the App Store? What about 5 million? Is Apple prepared to hire thousands of people simply to approve apps? The more they hire and the more apps that keep coming in, we’re going to continue seeing more and more screw-ups and hypocrisy. And developers are going to grow more and more frustrated. This situation is simply not tenable.

Lighten up on your heavy-handed rules, Apple. And just lighten up in general.