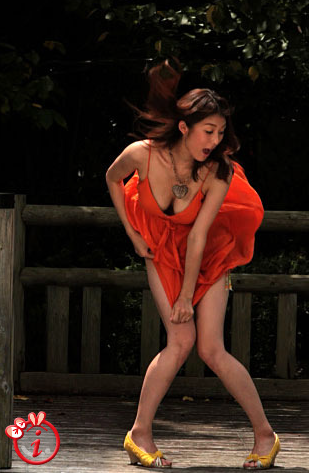 A buddy pinged me tonight with the video below. It’s of an iPhone app called Puff! that basically allows you to blow into the iPhone microphone or push your finger up the screen in order to get a Japanese girl’s skirt to blow up into the air, revealing her underwear. I’m watching this video, and thinking of my headline for this story. Here’s what I had: Well, Here’s An App You’ll Never See In The App Store.

The only problem? This app is in the App Store. As in it is right now, live. In the U.S. too! What the hell, Apple?

Let me just get this straight: A hilarious satirical app made by the Someecards guys cannot get approved because it contains cards that, for example, mock Hitler. But an upskirt app is just fine? That is so ridiculous.

Now, to be clear, this Puff! app contains no nudity, but I think we all know what this type of app is implying, and who this type of app specifically appeals to (hint: some may be found in this app). This app is rated 17+ for “frequent/intense sexual content or nudity.” The Someecards app was also submitted with the same rating, but just for satire (so basically, language), and it was rejected.

Apple is either extremely hypocritical, asleep at the wheel again (remember Baby Shaker?), or both.

I still think it’s time to tear down the App Store wall. I just wonder how long it will take Apple to realize that they have to because the approval situation is untenable and ridiculous. Maybe when they hit a million apps in the App Store? 2 million? Until then we’ll just have to deal with this BS, I guess.