Reddit is rolling out its annual end-of-year Recap experience to give users a way to reflect on the time they spent on the platform in 2022. Your personalized Reddit Recap will show you a variety of stats, including a summary of the time you spent on Reddit, the content you most engaged with and the communities you viewed or joined. This year, Reddit is giving users a shareable card that displays your experience on the platform.

Users can click on the Narwhal icon under their profile in the Reddit app or the navigation bar on desktop to see their personalized Recap. Once you launch your Recap, you will see a series of shareable cards that include fun stats, such as your most upvoted comment and if you are team cat or dog. 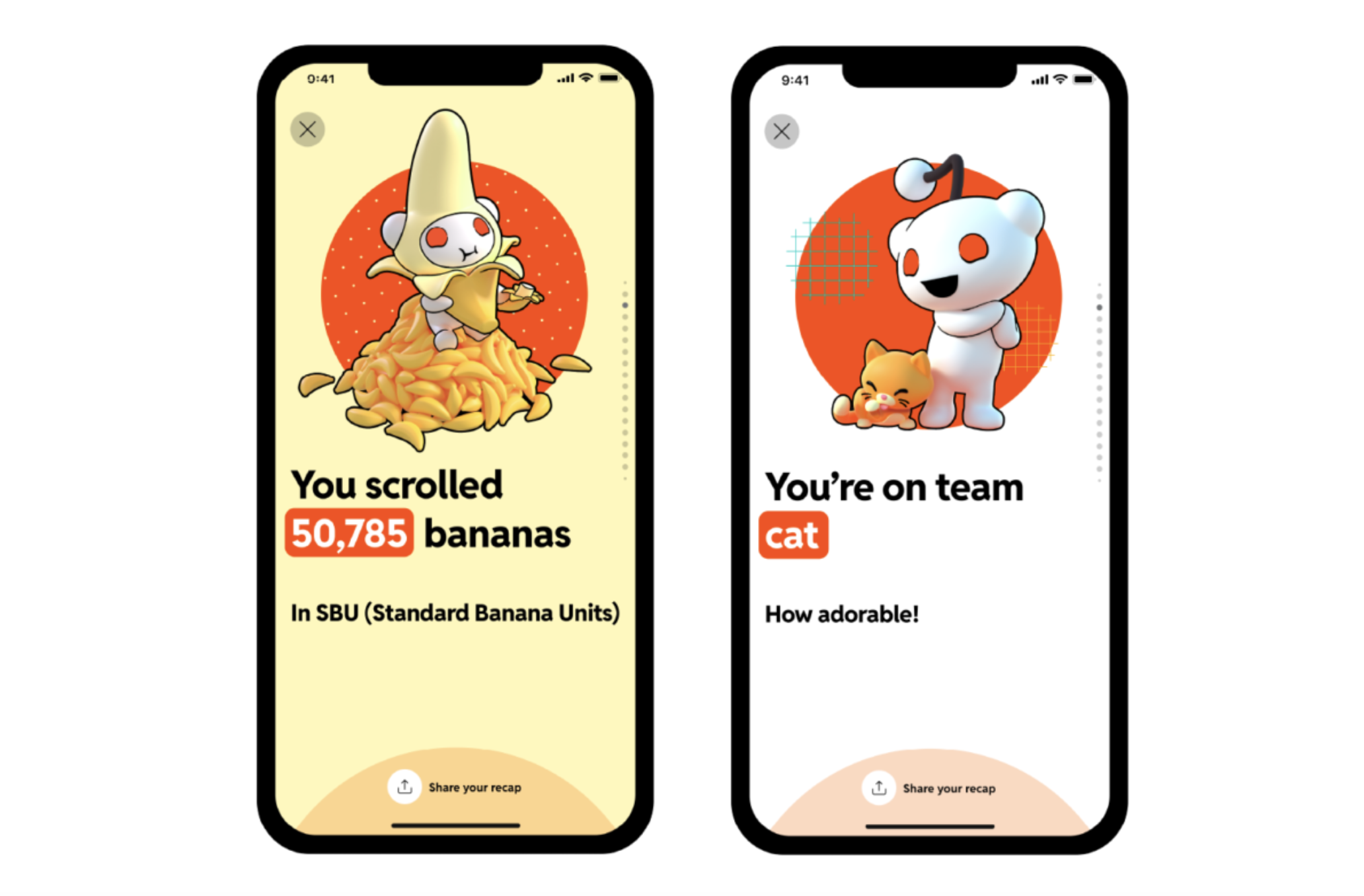 “Once users reach the end of their Recap experience, they have one last new and unique opportunity to see how they stack up against other redditors by being rewarded a Superpower Reddit Ability,” Reddit said in a blog post. “Based on earned Karma points, the card places redditors into one of three categories of Rare, Epic, or Legendary. To add to the experience, it also displays their most recent Avatar, the top three visited communities, and assigns a generated persona gathered from the topics they were most interested in.”

You can download and share your personalized card to see how you stack up against other users. If you don’t want your username or avatar on the card, you can choose to have the card say “Redditor” and display a generic avatar instead of your own.

As for Reddit as a whole, the company says users created more than 430 million posts, which is a 14% increase year-over-year. Reddit also saw more than 2.5 billion comments, up 7% from from last year. Reddit also revealed that the most-viewed community was r/amitheasshole.

End-of-year recaps have become increasingly popular due to the notable success of Spotify’s annual Wrapped experience. In the past, Reddit’s yearly recaps only used to include information about the platform as a whole, but since last year Reddit has joined other companies in giving users shareable data about their browsing habits. Reddit’s recap experience comes a week after Spotify, Apple Music and YouTube rolled out their own end-of-year personalized experiences.