Spending on the cloud shows no signs of slowing down. In the first quarter of 2021, corporate cloud services infrastructure investment increased to $41.8 billion, representing 35% year-on-year growth, according to Grand View Research. But while both small- and medium-sized businesses and enterprises admit that they’re spending more on the cloud, they’re also struggling to keep costs under control. According to a 2020 Statista survey, companies estimate that 30% of their cloud spend is ultimately wasted.

The desire to better manage cloud costs has spawned a cottage industry of vendors selling services that putatively reign in companies’ infrastructure spending. The category grows by the hour, but one of the more successful providers to date is Zesty, which automatically scales resources to meet app demands in real time.

Zesty today closed a $75 million Series B round co-led by B Capital and Sapphire Ventures with participation from Next47 and S Capital. Bringing the company’s total raised to $116 million, the proceeds will be put toward supporting product development and expanding Zesty’s workforce from 120 employees to 160 by the end of the year, CEO Maxim Melamedov tells TechCrunch.

“DevOps engineers … face limitations such as discount program commitments and preset storage volume capacity, CPU and RAM, all of which cannot be continuously adjusted to suit changing demand,” Melamedov said in an email interview. “This results in countless wasted engineering hours attempting to predict and manually adjust cloud infrastructure as well as billions of dollars thrown away each year.”

Melamedov founded Zesty with Alexey Baikov in 2019, after the pair observed that cloud infrastructure wasn’t keeping up with the pace of change in business environments. Prior to co-launching Zesty, Melamedov was the VP of customer success at Gimmonix, a travel tech company. He briefly worked together with Baikov at big data firm Feedvisor. Baikov was previously a DevOps team lead at Netvertise. 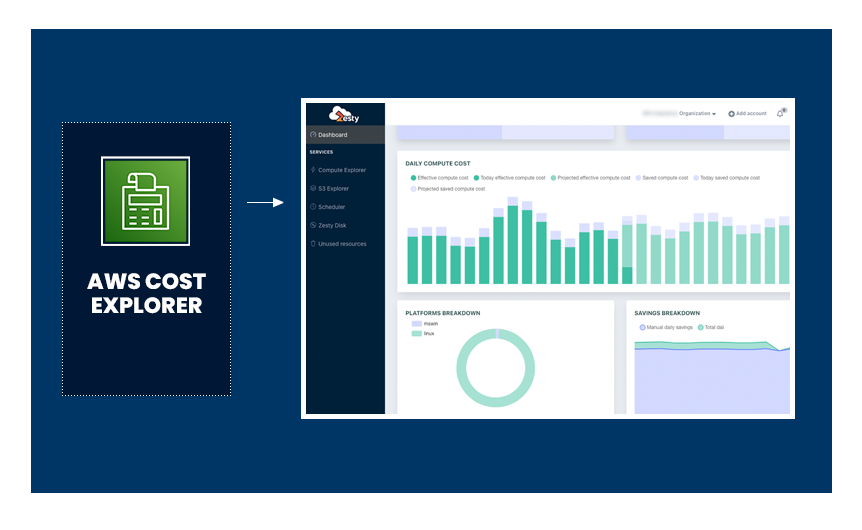 At the core of Zesty is an AI model trained on real-world and “synthetic” cloud resource usage data that attempts to predict how many cloud resources (e.g., CPU cores, hard drives and so on) an app needs at any given time. The platform takes actions informed by the model’s projections, like automatically shrinking, expanding and adjusting storage volume types and purchasing and selling public cloud instances.

To increase or decrease storage, Zesty transforms filesystem volumes in the cloud into a virtual disk with a series of multiple volumes, each of which can be expanded or shrunk. On the compute side, the platform collects real-time performance metrics, buying or selling cloud compute in response to app usage.

“The primary tools we use to design efficient automation of cloud resources come from the fields of decision analysis and resource management. Many of the classical techniques used to solve such problems can be slow and not suitable for real-time decision making, where fast response to change is critical,” Melamedov said. “With Zesty, organizations dramatically reduce cloud costs and alleviate the burdensome task of managing cloud resources in a constantly shifting business environment. Because in a world that’s always changing, Zesty enables the infrastructure to change right around with it.”

Those are lofty promises to be sure. But Zesty has managed to grow its customer base to over 300 companies, including startups Heap, Armis and WalkMe, suggesting that it’s doing something right.

[T]he pandemic create[d] a whole new level of demand for our solutions and we have been fortunate to see huge demand growth for our products,” Melamedov said. “Companies were not only looking to save money, but they were [also] forced to cut staff. Freeing up DevOps and other operational personnel became critically important, and that’s where we came in — freeing them up from having to babysit the cloud and constantly be on call to adjust cloud resources as needs shifted. The current [economic] slowdown as well has only helped showcase our value even more, now that we have dozens of case studies we can share that show quick and easy return on investment.

Zesty’s challenge will be continuing to stand out in a field of rivals. Microsoft in 2017 acquired Cloudyn, which provided tools to analyze and forecast cloud spending. Then, in 2019, Apptio snatched up cloud spending management vendor Cloudability, while VMware, NetApp and Intel bought CloudHealth, Spot (formerly Spotinst) and Granulate, respectively, within the span of a few years. Elsewhere, ventures such as Granulate, Cast AI, Exotanium and Sync Computing have raised tens of millions of venture capital dollars for their cloud spend-optimizing tech.

Melamedov wouldn’t go into specifics around Zesty’s financials. But he expressed confidence in the company’s prospects, revealing that Zesty has reached an annual run rate in the “tens of millions.”