Apple sure loves taking us on a rollercoaster of connectivity. The new MacBook Pro computers are power-hungry enough that the USB-C connectors the MacBook line has been relying on for a while isn’t cutting it anymore. You can still charge your computer using the Thunderbolt ports, but if you’re planning to flog the new M1 Pro and M1 Max processors to within a micron of their little lives, it’s MagSafe o’ clock.

It’s a clever design, actually: It means you can leave the MagSafe 3 charger at your main workstation, where you do your heavy-lifting computer work. You can bring a smaller, less powerful charger with you on the road, for when you’re using your laptop as a glorified typewriter or web browsing device. It’s the best of both worlds — although, obviously, the USB-C cables don’t have the advantage of the MagSafe quick disconnect. A bit silly, given that if someone were to trip over your leads, it’s more likely to happen while you’re out and about than when you’re safely at your desk at home or at work. 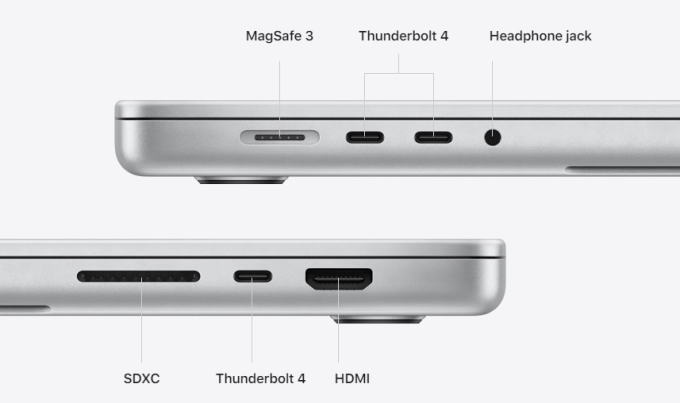 The brand new MagSafe 3 connector, along with the new port lineup on the MacBook Pro. Image Credits: Apple

The new MagSafe port has the familiar magnetic quick-release that Apple pioneered back in 2006 — preventing your laptop from being sent crashing to the floor if someone clumsily stumbles over your power cord. At the time, Apple heralded it as the solution to all your computer-tumbling woes. 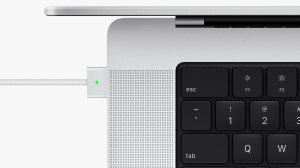 The new MagSafe 3 connectors certainly have a certain magnetism about them. Image Credits: Apple

A decade later, Apple changed its mind and went all-in on USB-C, leading to some head-scratching; was the computers-falling issue not really a thing after all? Seeing the connector return to the company’s laptops is welcome, but further makes me wonder what, exactly, the messaging is here.

I suspect that Apple simply needed more power than USB-C can reliably provide (not to mention, people were plugging woefully under-powered phone chargers into their laptops), and if they were going to design a brand new connector, why not go back to the Greatest Hits of days gone by.