News is vital to society, but it’s also incredibly expensive to produce. As ad rates have suffered across the industry (minus a positive blip this summer), publishers have increasingly turned to paywalls to make ends meet. There’s just one problem: The open internet that allowed readers to range over the entire thought of humanity has transformed into row after row of walled gardens locked down by angry sentries. The subscription hell I talked about three years ago has indeed only accelerated.

Fixing hell is going to take some doing, but three veterans of news and media in Europe are ready to take a crack at it.

Benjamin Mateev, Martin Kaelble and Axel Bard Bringéus have come together to launch informed. (official branding: no caps, mandatory period). The Berlin-based startup wants to be a layer on top of prominent paywalled news services, connecting readers with curated “playlists” of news and opinion stories called Read Lists and augmented with an original summary. The company was founded in January, is currently in beta and has raised a “significant pre-seed by modern standards” from local shop 468 Capital.

What’s interesting here is the team. Bringéus previously spent six years at Spotify where he ultimately worked as global head of markets during the company’s rapid overseas expansion. He has most recently been a deal partner at prominent European firm EQT Ventures. Meanwhile, Mateev was a lead engineer on to-do list platform Wunderlist through its Microsoft acquisition and head of product at opinion news site The European, and Kaelble has been a long-time business journalist at places like Capital. 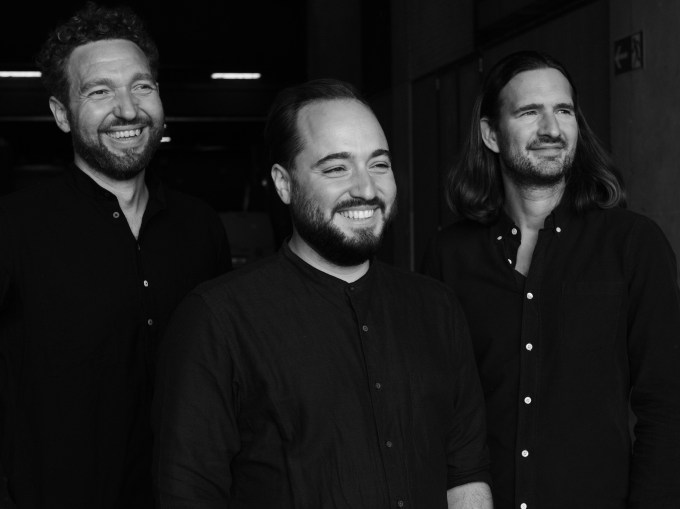 The trio, who have seen success in their varied careers, took a step back to explore how they could fix the varied challenges of the news industry circa 2021. They did “diary studies” where they asked people to track what they read in the news, ran surveys across thousands of people, and also talked to media executives and investors.

They found that paywalls have been mostly successful the past few years for media companies, but that growth is flagging as core readers have purchased subscriptions. “Almost all publishers post-COVID and post-Trump have hit a wall with their paywall strategies,” Bringéus said. “Many were able to monetize their content directly in their core geo, so they are very open to working with non-cannibalizing third parties like us.”

Simultaneously, young readers in the Gen Z crowd increasingly want to peruse quality news, but lack the means to pay the exorbitant subscription fees at some of the most prestigious sites. “They want to read but financially they can’t afford [it],” Mateev put it. I asked somewhat skeptically whether our illustrious progeny actually want to read quality news over viral TikToks, but Mateev said the evidence pointed strongly to yes. “That’s where the interesting thing lies … the old publishers do have a lot of good standing with the younger audience,” he said.

Informed., which is working with The Washington Post, The Economist, Financial Times and Bloomberg, will group articles from those sources among others onto Read Lists, while adding its own news summary to the event. For example, you could imagine today that the platform would have a Read List on Afghanistan that would include breaking news stories from the Kabul airport as well as a curated selection of deeper dives and opinion pieces that talk about the history and perspective of the crisis in the Central Asian nation. “You can snack or you can eat if you want to,” Bringéus said of the design.

He noted that while there are similarities with Spotify playlists, a subject with which he is very familiar, news doesn’t have the same properties as music. “In news, you don’t need all the news and it is perishable, [so] you want to cluster it,” he said.

The company will launch its mobile-first product later this year, although you can sign up for the beta test today. Ultimately, the company is looking to pursue a freemium model with all the licensed content behind the paywall, while its own news summaries will be free. The team is testing pricing and hasn’t determined a launch price at this time.

It’s a bold initiative in a space riven with the tombstones of past startups and even larger corporate initiatives such as Apple News+, which has mostly failed to gain traction despite owning a foothold on every iOS device. That harrowing history aside, the hope here is that the timing is propitious: A new generation of news readers are clamoring for quality, and publishers are ready to let go of some control over their audience in exchange for growth in the post-Trump news landscape. If it succeeds, it’d definitely be front-page news.

News apps in the US and China use algorithms to drive engagement, discovery