Class, a virtual classroom that integrates exclusively with Zoom, announced today that it has raised $105 million in a financing led by SoftBank Vision Fund II. The 10-month-old startup has now raised a total of $146 million in known venture funding to date, which eclipses the amount of capital raised by founder Michael Chasen’s now-public previous company, Blackboard.

Despite its infancy, Class is rapidly nearing unicorn status, confirming that it currently sports a post-money valuation of $804 million. Investors in Class include GSV Ventures and Emergence Capital, who led the startup’s pre-seed round, as well as top U.S. edtech funds including Reach Capital, Owl Ventures, Insight Partners and Learn Capital.

Other investors include Jim Scheinman of Maven Ventures, an early investor in Zoom and the person who is credited with naming Zoom; Bill Tai, who is Zoom’s first committed backer; Steve Case, co-founder of AOL and CEO of Revolution. 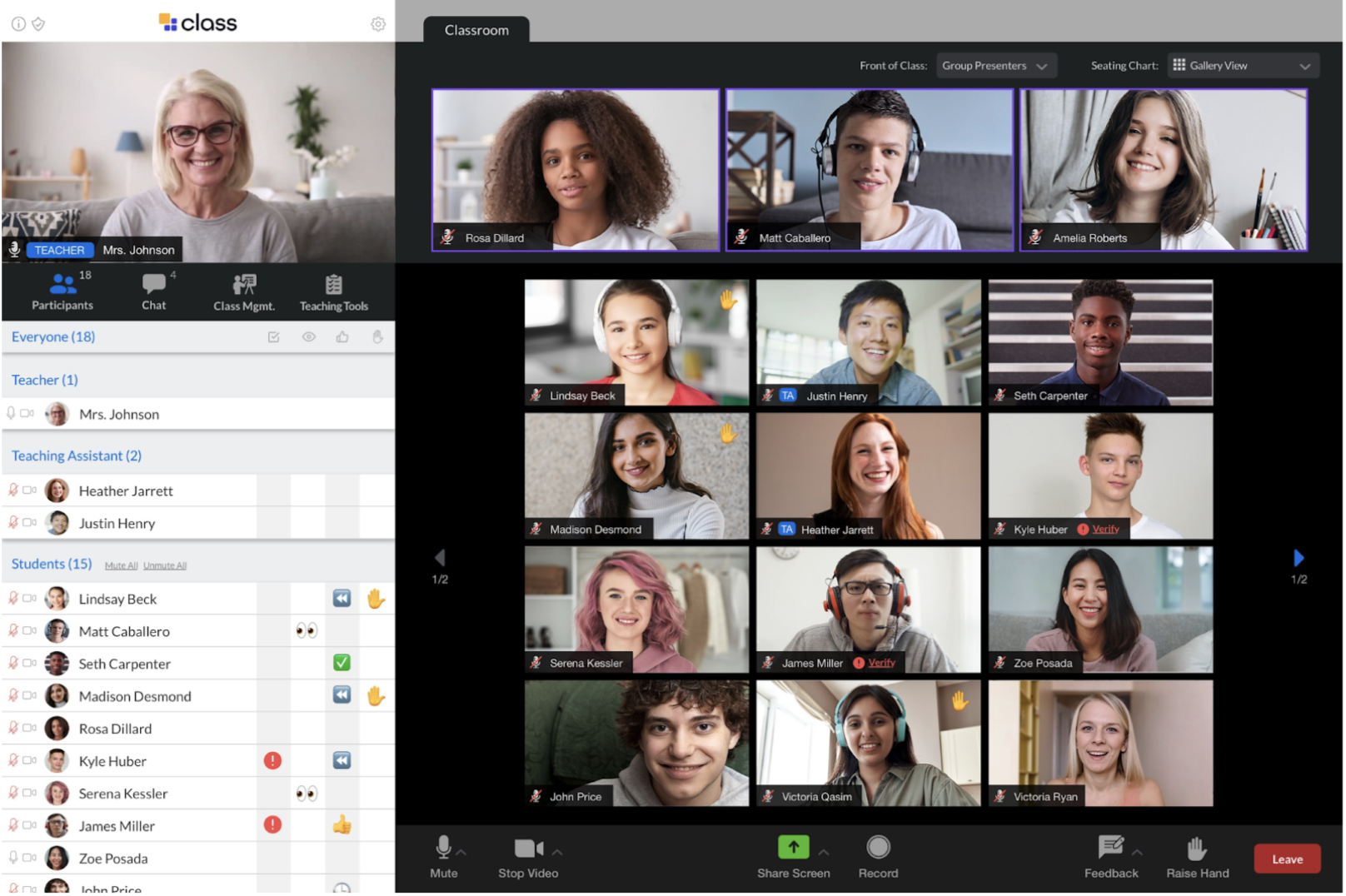 Class, formerly Class for Zoom, uses management and instruction tools to bolster the video conferencing call experience. Since launch, Class has integrated exclusively with the videoconferencing giant, which rose to household name prominence during the initial months of the pandemic and continues to be a mainstay in synchronous communication. It’s part of a wave of Zoom alternatives and enhancements that have launched over the past year — and to date has over 250 customers.

Today’s announcement of the SoftBank stamp of approval means that Class is making two statements: One, that it’s taking global expansion seriously, and two, I’d argue that it’s signaling that it is not looking to be just an acquisition target for Zoom.

SoftBank likes to back what it views as a “winner” in one sector and throw millions into it to help it gain a foothold in international markets. Earlier this month, the Japanese conglomerate put millions into Clearco, formerly Clearbanc, to help the alternative financing startup grow into new geographies beyond Europe, Canada and the United States. At this point, I imagine SoftBank is looking for opinionated startups that are naturally pulled internationally, and then funds the heck out of them.

Class is no different. Chasen explained how international demand for the product has been high since Class announced its seed round. Schools from Europe, the Middle East and Japan reached out before Class had rolled out general availability. Now, with Class’ general availability rolled out on Mac, Windows, iOS, Android and Chromebook, Chasen is focusing on turning those on the waitlist into customers.

Class’ international expansion will see it build up local teams in target regions such as the U.K. and Ireland, EMEA, Latin American and APAC. The startup is expecting to add 100 new team members across the world to its already 200-person team.

Chasen estimates that 65% of the financing will fuel Class’ internationalization and that the remaining will be allocated toward product development. One critique of Class is that the platform offers the same experience to a second grade class as it does to a higher-ed class. Chasen agreed that the startup needs to add more specificity to its product — perhaps gamification for K-12 and exam proctoring for higher ed — in future versions.

“V1 gives you what we believe is the bare minimum you need to teach online,” he said, noting features such as testing and grade trackers. “Right now, we need a product that works well across every market, and in the future we’ll make enhancements that are specific for the markets.”

So far, users are paying for it. Class said that its revenue grew almost 4x quarter over quarter in 2021.

While there’s a numbing effect around big rounds and flashy valuations, Class’ recent raise could squash questions around whether it’s teeing itself up for an eventual acquisition by Zoom.

When TechCrunch first spoke to Chasen, he said that Zoom is focused more on scale than the sort of in-depth specialization that Class wants to provide.

Still, the company was in kahoots with Zoom’s earliest investors and acted as a Zoom reseller in multiple markets, suggesting that consolidation wouldn’t be too wild of an assumption down the road. After today, though, it’s clear Class views itself as a standalone business. Startups don’t just raise nine-figure funding rounds from savvy investors unless they have ambitions to be bigger than an integration.

Going forward, Class may use some of those millions to establish its brand as the go-to option for schools or institutions that want a classroom-friendly Zoom environment. Per Class’ careers page, marketing is its most aggressive hiring focus right now. The company has six open roles in the marketing team, which include an international marketing manager and a content marketing manager.

Class’ closest competitor is Engageli, which last raised a $33 million Series A in May 2021. Engageli’s co-founder and COO, Jamie Farrell, left in February 2021 for another edtech startup, and the company doesn’t appear to be hiring too aggressively via online job boards. While the details are anecdotal, Engageli may face steeper competition in terms of bandwidth and marketing now that Class has fresh capitalization — and a growing team of global employees.

Tired of ‘Zoom University’? So is edtech