Z1, a Sao Paulo-based digital bank aimed at Latin American GenZers, has raised $2.5 million in a round led by U.S.-based Homebrew.

A number of other investors also participated in the financing including Clocktower Ventures, Mantis – the VC firm owned by The Chainsmokers, Goodwater, Gaingels, Soma Capital and Rebel Fund. Notably, Mantis has also backed Step, a teen-focused fintech based in the U.S., and Goodwater has also invested in Greenlight, which too has a similar offering as Z1.

Put simply, Z1 is a digital bank app built for teenagers and young adults. The company was founded on the notion that by using its app and linked prepaid card, Brazilian and Latin American teenagers can become more financially independent.

João Pedro Thompson and Thiago Achatz started the company in late 2019 and soon after,  Mateus Craveiro and Sophie Secaf joined as co-founders. In its early days, Z1 is focused on Brazil but the startup has plans to expand into other countries in Latin America over time.

“Z1 is what we’re building to be the go to bank of the next generation, and not just be a digital bank for teens,” Achatz told TechCrunch. “We want to grow with him and one day, be the biggest bank in Brazil and LatAm.”

“We’re acquiring users really early and creating brand loyalty with the intention of being their bank for life,” he said. “We will still meet their needs as they grow into adulthood.” 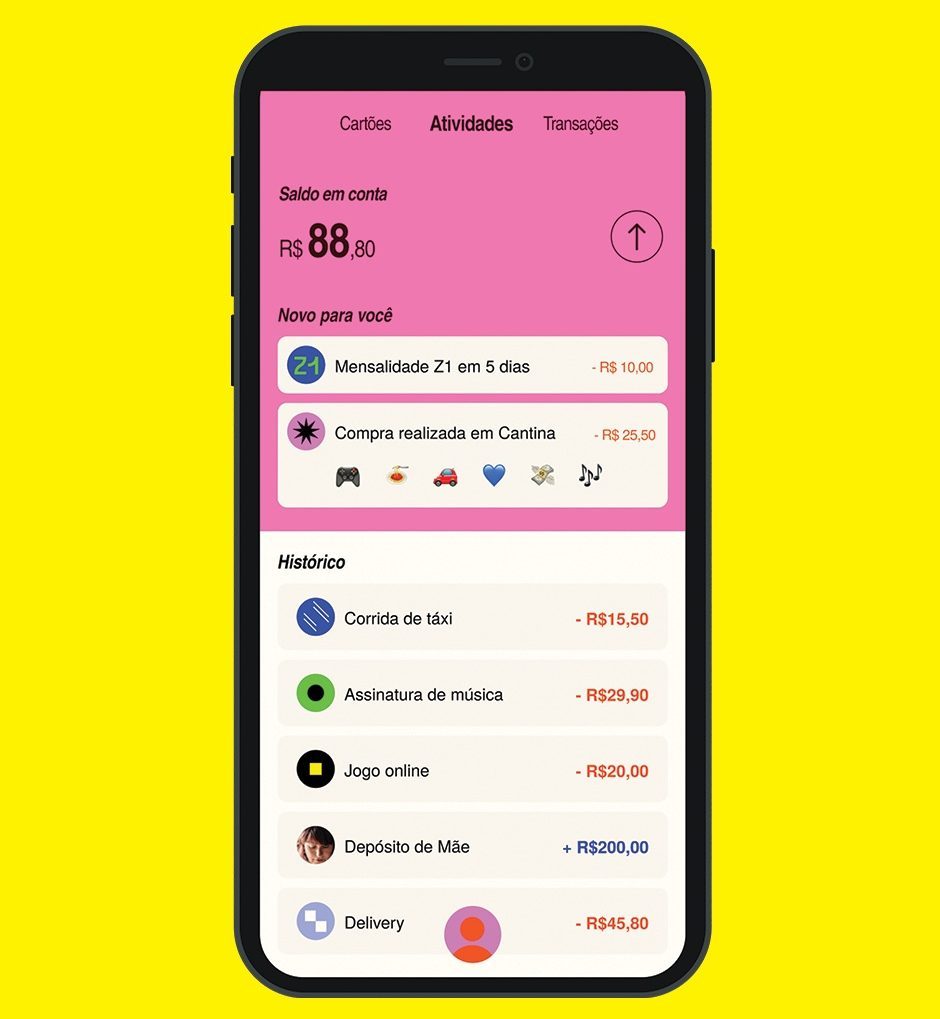 While Z1’s offering is not completely unlike that of Greenlight here in the U.S. the founders agree that its products have been adapted more to the Brazil-specific cultural and market situation.

For example, points out Thompson, most teenagers in Brazil use cash because they don’t have access to other financial services, whether they be traditional or digital.

“We offer an account where they can deposit money, cash out money via an instant payment system in Brazil or spend through a prepaid credit card,” he said. “Most sites don’t accept debit cards so this is a big step compared to what teens already have.”

Part of the company’s use for the capital is to make its product more robust so they can do things like save money for big purchases such as an iPhone and earn interest on their accounts.

Another big difference between Brazil and the U.S., the company believes, is that many parents in general in Latin America haven’t had a true financial education that they can pass down to their kids.

“We’re not top down like Greenlight,” Achatz said. “That approach doesn’t make sense in Latin America. Here, many are independent from an early age and already work whether it’s through a microbusiness, a side job or selling things on Instagram. They’re much more self-taught and the income they earn is often outside of their parents.”

Z1 has grown 30% per week and 200% per month since launch, spending “very little” on marketing and relying mostly on word-of-mouth. For example, the company is following the lead of its U.S. counterparts and turning to TikTok to spread the word about its offering.

“Step has around 200,000 followers on TikTok, and we have a little under half of that,” the company says. “We’re well-positioned in terms of branding.”

For lead investor Homebrew, the opportunity to educate and provide financial services to Gen Z in Latin America is even more exciting than the opportunity in the US., notes partner Satya Patel.

Over one third of LatAm Gen Z’ers have a “side hustle,” generating their own income independent from their parents, he said.

“While millennials grew up during an economic boom, Gen Z grew up during recessions – 3 in Brazil over the last decade – and wants to become financially independent as soon as possible. They’re becoming economically educated and active much earlier than previous generations,” Patel added.

He also believes the desire to transact online, for gaming and entertainment in particular, creates a groundswell of GenZ demand in Brazil for credit card and digital payments products.