Greenlight, the fintech company that pitches parents on kid-friendly bank accounts, has raised $260 million in a Series D funding round that nearly doubles its valuation to $2.3 billion.

The funding comes just months after the Atlanta-based startup landed $215 million in funding at a $1.2 billion valuation. With the latest round, Greenlight has now raised more than $550 million since its 2014 inception.

Overall, Greenlight says it has “more than tripled” YoY revenue, more than doubled the number of parents and kids on its platform and doubled the size of its team within the past year. 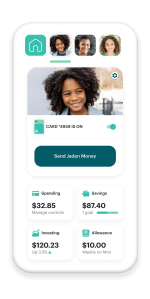 “Greenlight has quickly emerged as a leader in the family finance category,” said Andreessen Horowitz general partner David George, who will join Greenlight’s board of directors, in a written statement. “Greenlight was built to help parents raise financially-smart kids, and with its breakthrough combination of easy-to-use money management tools and educational resources, the company is well-positioned to become one of the most loved and trusted brands for families around the world.”

The company pitches itself as more than just a debit card, with apps that give parents the ability to deposit money in accounts and pay for allowance, manage chores and set flexible controls on how much kids can spend. In January, Greenlight introduced its educational investing platform for kids — Greenlight Max. Through that platform, kids can research stocks with analysis from Morningstar and actually make real investments in companies like Apple, Tesla, Microsoft and Amazon, as long as their parents approve.

As TechCrunch previously reported, it’s a potentially massive business that can lock in a whole generation to a financial services platform, which is likely one reason why a whole slew of companies have launched with a similar thesis. There’s Kard, Step, Till Financial and Current pitching similar businesses in the U.S., and Mozper recently launched from Y Combinator to bring the model to Latin America. (Step and Current also announced big rounds today, while Till Financial announced its seed round last week. Notably, a16z also led Current’s raise).

“Our vision at Greenlight is to create a world where every child grows up to be financially healthy and happy,” said Tim Sheehan, co-founder and CEO of Greenlight.

The pandemic reinforced the importance of developing good personal finance habits, according to the startup.

“As families spent more time at home together than ever, many took this as an opportunity to teach their kids about money and we saw increased demand for our product,” the company said. 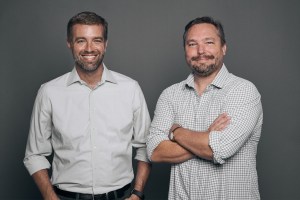 Greenlight says it will use the new capital to accelerate product development to add more financial services to its platform as well as to invest further in strategic distribution partnerships and geographic expansion. It currently has 275 employees and has plans to hire another 300 employees over the next two years, with an emphasis on engineers.