With wildfires becoming an ever more devastating annual phenomenon, it is in the whole planet’s interest to spot them and respond as early as possible — and the best vantage point for that is space. OroraTech is a German startup building a constellation of small satellites to power a global wildfire warning system, and will be using a freshly raised €5.8 million (~$7 million) A round to kick things off.

Wildfires destroy tens of millions of acres of forest every year, causing immense harm to people and the planet in countless ways. Once they’ve grown to a certain size, they’re near impossible to stop, so the earlier they can be located and worked against, the better.

But these fires can start just about anywhere in a dried out forest hundreds of miles wide, and literally every minute and hour counts — watch towers, helicopter flights and other frequently used methods may not be fast or exact enough to effectively counteract this increasingly serious threat. Not to mention they’re expensive and often dangerous jobs for those who perform them.

OroraTech’s plan is to use a constellation of about 100 satellites equipped with custom infrared cameras to watch the entire globe (or at least the parts most likely to burst into flame) at once, reporting any fire bigger than 10 meters across within half an hour. 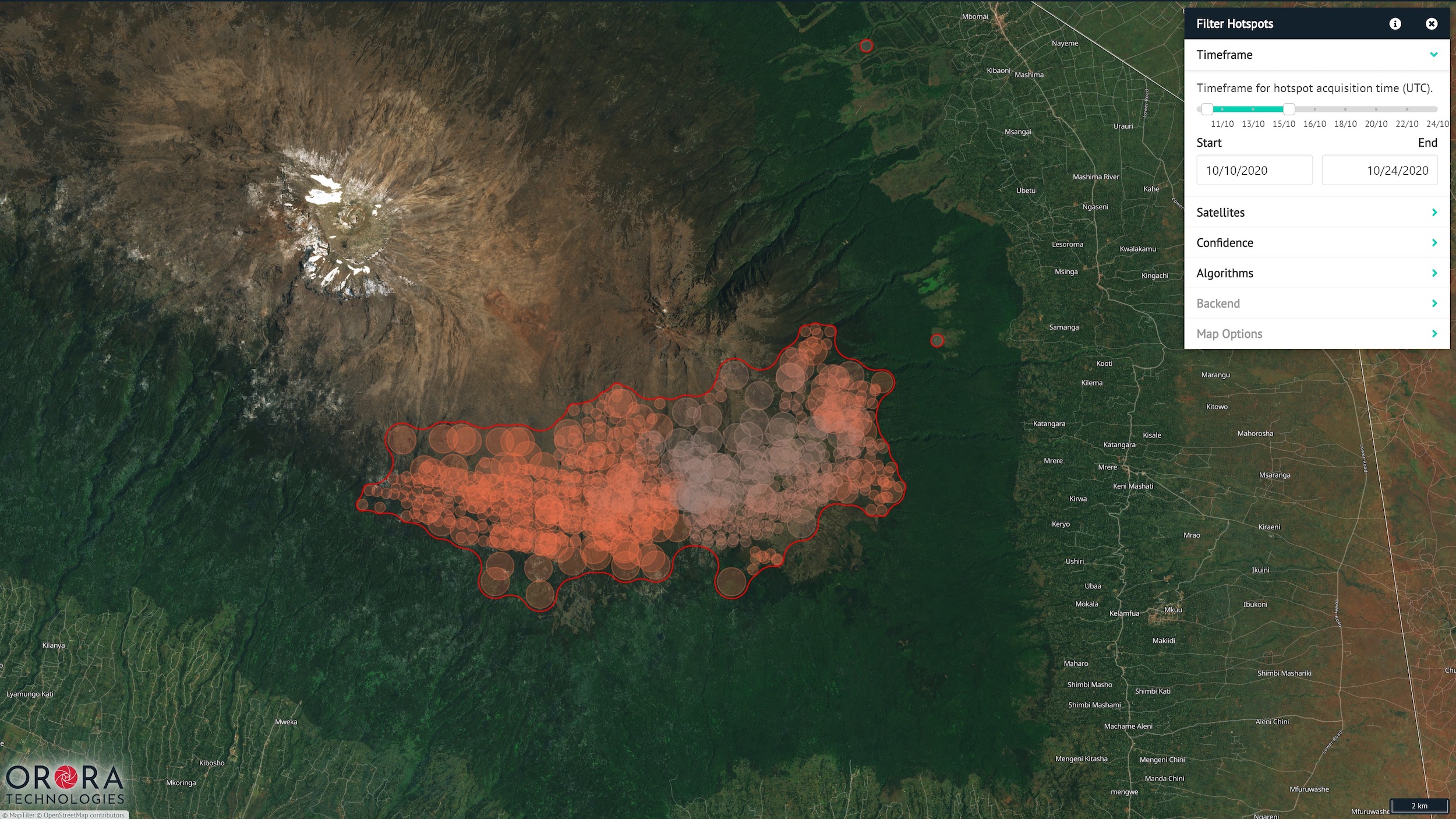 To start out with, the Bavarian company has used data from over a dozen satellites already in space, in order to prove out the service on the ground. But with this funding round they are set to put their own bird in the air, a shoebox-sized satellite with a custom infrared sensor that will be launched by Spire later this year. Onboard machine learning processing of this imagery simplifies the downstream process.

Fourteen more satellites are planned for launch by 2023, presumably once they’ve kicked the proverbial tires on the first one and come up with the inevitable improvements.

“In order to cover even more regions in the future and to be able to give warning earlier, we aim to launch our own specialized satellite constellation into orbit,” said CEO and co-founder Thomas Grübler in a press release. “We are therefore delighted to have renowned investors on board to support us with capital and technological know-how in implementing our plans.” 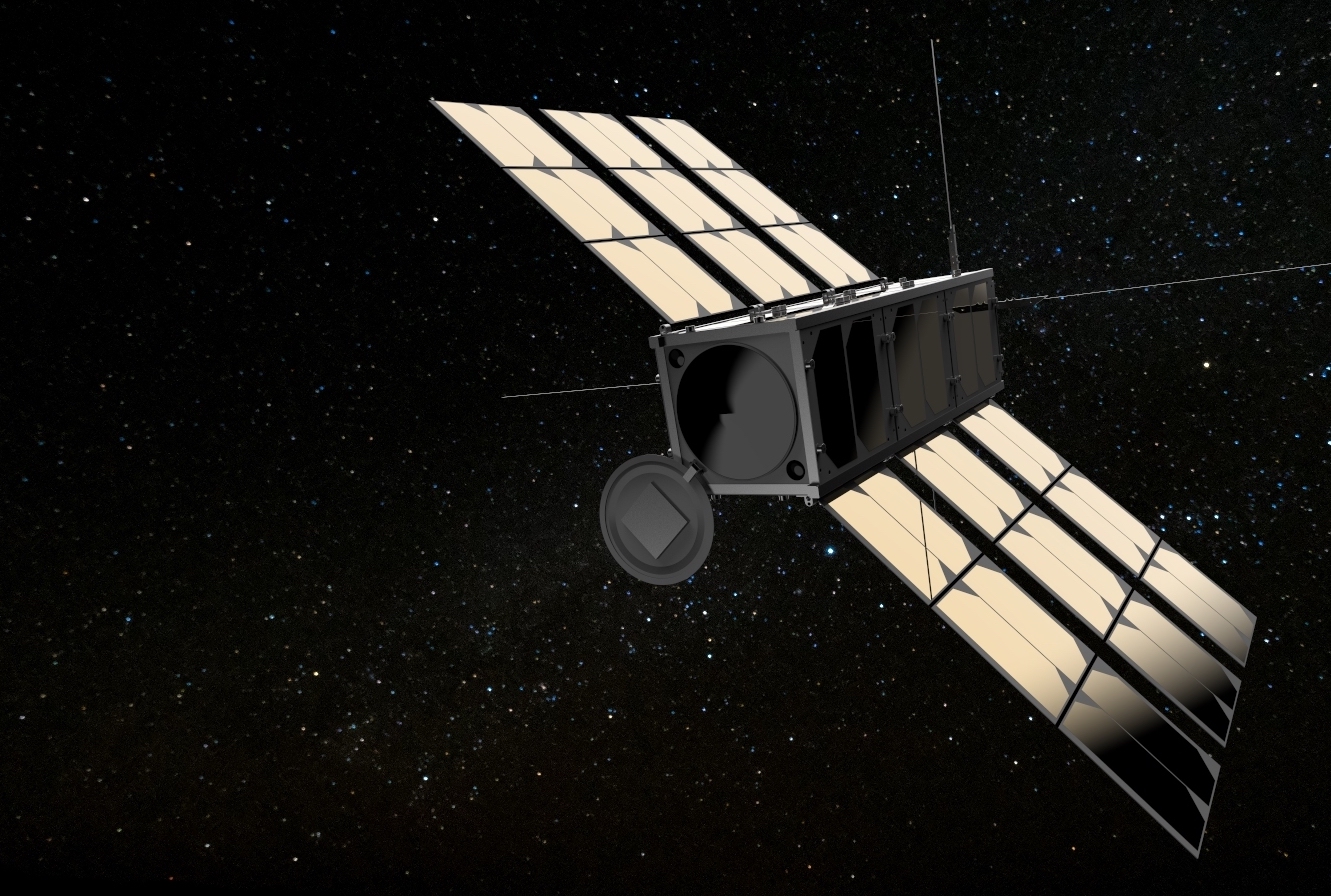 Those renowned investors consist of Findus Venture and Ananda Impact Ventures, which led the round, followed by APEX Ventures, BayernKapital, Clemens Kaiser, SpaceTec Capital and Ingo Baumann. The company was spun out of research done by the founders at TUM, which maintains an interest.

“It is absolutely remarkable what they have built up and achieved so far despite limited financial resources and we feel very proud that we are allowed to be part of this inspiring and ambitious NewSpace project,” APEX’s Wolfgang Neubert said, and indeed it’s impressive to have a leading space-based data service with little cash (it raised an undisclosed seed about a year ago) and no satellites.

It’s not the only company doing infrared imagery of the Earth’s surface; SatelliteVu recently raised money to launch its own, much smaller constellation, though it’s focused on monitoring cities and other high-interest areas, not the vast expanse of forests. And ConstellR is aimed (literally) at the farming world, monitoring fields for precision crop management.

With money in its pocket Orora can expand and start providing its improved detection services, though sadly, it likely won’t be upgrading before wildfire season hits the northern hemisphere this year.