Ampere, the server startup that is betting on bringing Arm-based chips to the data center and edge, is hosting its annual media day today. With the 80-core Altra and 128-core Altra Max, the company already offers a platform that can rival and outperform those of competitors like Intel and AMD in many common scenarios — and Altra Max is now in production and shipping. Those chips are based on the standard ARM Neoverse N1 architecture, though. But now, it is about to launch its own custom  Ampere Cores, built on a 5nm process.

“Altra and Altra Max are based on the N1 core from Arm. We’re an architecture licensee as well as an IP licensee, so we’re going to talk about our own core [at our media day]: what we built, how we built it, why we built it,” Ampere CEO Renee James, who spent 26 years at Intel before founding Ampere, told me. “And what does a cloud-native processor look like? We like to think about it like you think about M1 for a PC from Apple, you would think about an Ampere Core for a cloud data center server.”

With the 128-core Altra Max, Ampere promises a chip that uses 50% less power per core compared to an AMD Rome CPU and performance gains of 1.6x for running the NGINX web server, for example. And all of those benchmarks look even better when compared to an Intel Cascade Lake Refresh CPU. AMD’s Rome launched in August 2019 and Intel’s Cascade Lake Scalable Performance Refresh CPU have been in the market since last February.

“It’s all about developing that CPU that’s built for the cloud and making sure that we’re meeting the new — but not really not new anymore — but kind of the current and future needs of cloud-native workloads, that software development model, and that type of infrastructure deployment model,” Ampere’s CPO Jeff Wittich said. “Which for us really means developing a product that has high performance that’s very predictable across workloads across users and a very, very scalable platform for compute, memory, I/O, network, and that is very, very power efficient.” 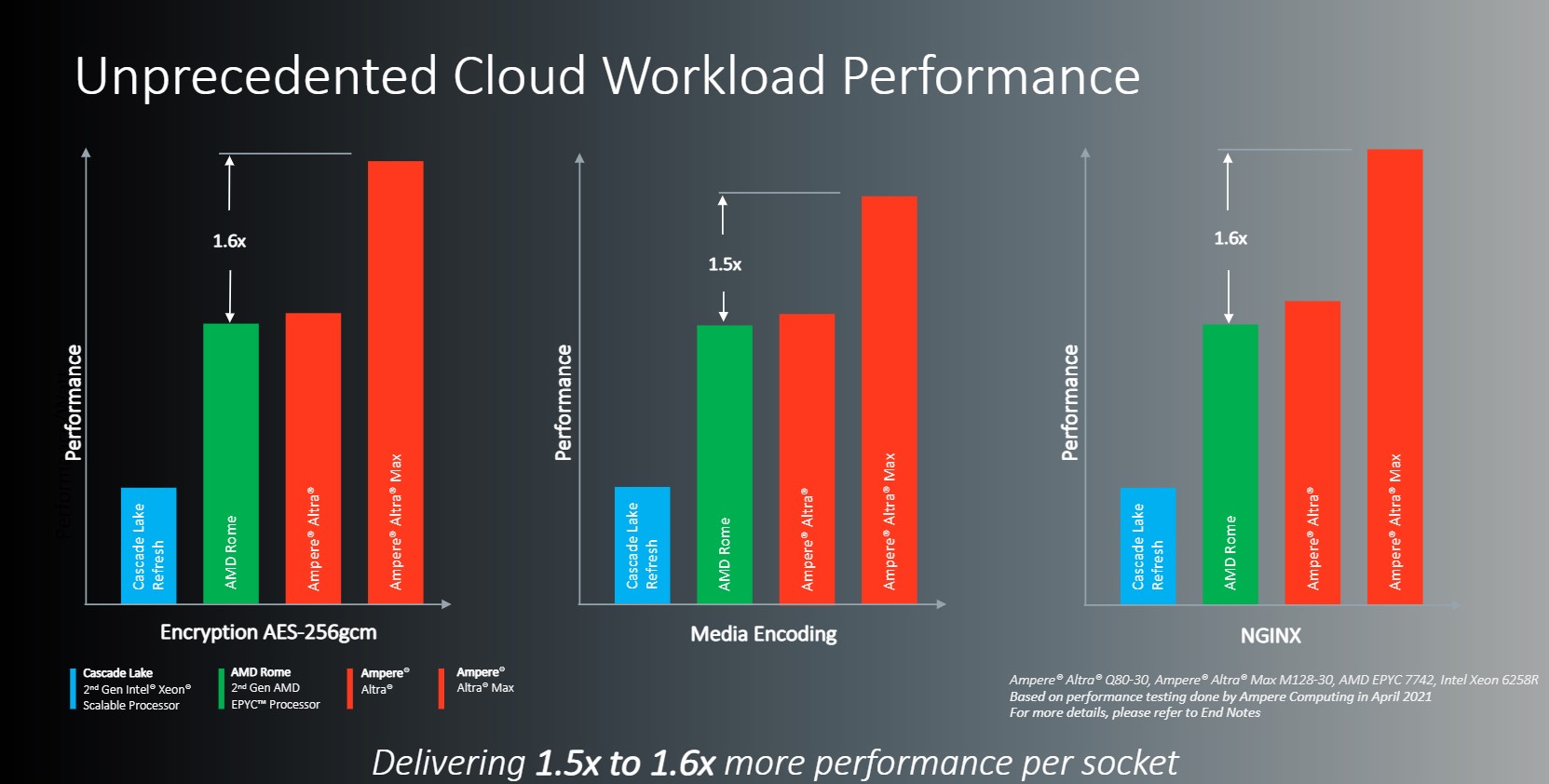 Wittich noted that Ampere had always planned to develop its own cores, in part because it offers a very specific product for a very specific use case. “We knew that from the start developing our own cores was going to be very, very important for us to innovate in the ways that we need to innovate,” he said. “I have to say the primary thing is that because we’re focused on cloud — and we’re not focused on a bunch of other markets, especially not client, and also not other markets, even within the server space — it means developing a core that’s specific to cloud is really important to us.”

Ampere’s cloud customers want certain built-in security features and manageability features for performance and power, for example. And as Wittich stressed, those have to be built in at the micro-architecture level to work properly (and this allows the company to optimize performance, as well).

“We have to build our own cores to actually have a processor that does what the cloud wants,” he said. The Ampere Cores will, for example, feature high I/O memory bandwidth, for example, but optimized for cloud use cases, not high-performance computing use cases. 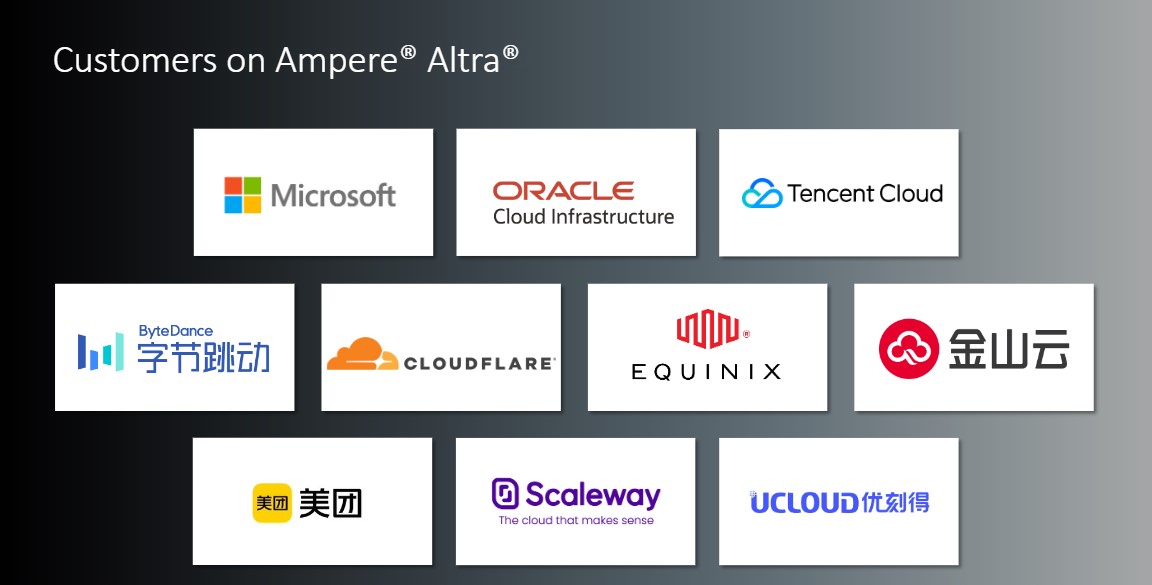 James echoed this, noting that customers want these features and Ampere’s competitors will offer them. “The cloud business is pretty specific and the customers are very demanding,” she said. “So cadence is really important and we are competing against customers who have really very good products.”

It seems like this strategy is working out well for Ampere, which now counts the likes of Microsoft, Oracle and Tencent Cloud among its customers. Rumor has it that Microsoft is working on its own Arm-based chips as well, but interestingly, the company is also using Ampere’s media day to talk about how it is readying Azure for Altra.