If ever there was a typically quiet tech industry that seemed to drive massive headlines this year, it was semiconductors. From record-setting M&A purchases to prodigious venture capital financing, the decline of major players and huge international trade fights, semiconductor companies found themselves in the crosshairs of inventors, VCs, regulators, politicians and, well, Apple.

That’s not to say that there is nothing left to buy in the market, but big players like Nvidia and AMD have made their biggest bets and are unlikely to make any more major acquisitions in the meantime.

2020 was a banner year, mostly since it was the culmination of patterns we’ve been watching in the industry for years now. It’s dangerous to predict that there will be “less news” in any tech industry, but these patterns have in many ways worked themselves out, and it seems highly probably that 2021 will be a quieter year for semiconductors than the past year has been.

Here’s a snapshot of four of the largest storylines of 2020 and what may happen next as we enter 2021.

Chip consolidation is in process. The question is whether it will all be approved

The biggest story this year in chips was the rapid consolidation of the industry in just the span of a few months. That consolidation was headlined by Nvidia’s $40 billion purchase offer of Arm, the chip design firm that supplies the blueprint for almost all smartphones and is also starting to encroach on the desktop world with Apple’s launch of its M1 processor.

Nvidia wasn’t unique in throwing around big money to consolidate. AMD spent $35 billion to buy Xilinx, which makes reprogrammable chips known as FPGAs that are increasingly vital in tech stacks like 5G, where technologies change faster than silicon can be replaced. Intel sloughed off its memory unit to SK Hynix for $9 billion as it fights for survival, and Analog Devices bought Maxim for $21 billion in a bid to consolidate the embedded chips market in areas like sensors and power management. Beyond the major headlines of course, there were many smaller acquisitions made across the industry.

The chips industry isn’t unique in its heavy consolidation — plenty of other industries have also taken the M&A route given the relatively lenient antitrust policy in place and the abundant capital from the public markets at their disposal. Yet, there are also unique forces pushing semis to head this direction.

First, the cost of staying competitive in the chip industry have been rising rapidly. For the most high-performance chips, fabs cost tens of billions of dollars to construct and require years of lead time. R&D costs remain high, which is one reason why VC financing of the industry has been limited in the past (although that has changed — read below). It’s just tough to make it in chips if you are small and don’t have the capital to burn to stay competitive.

Perhaps even more importantly though, there has been consolidation on the customer side, and that monopsony is also forcing general consolidation for suppliers. Among the largest buyers of high-performance compute and storage today are the big cloud platforms like AWS, Google Cloud and Microsoft Azure. Apple and a few other manufacturers control most of the market in smartphones, and even in embedded systems, the number of buyers is apparently consolidating. Customer consolidation forces supplier consolidation, fighting market demand power with market supply power.

Those two trends have been around for years, but they culminated this year with the M&A frenzy we saw. That’s not to say that there is nothing left to buy in the market, but big players like Nvidia and AMD have made their biggest bets and are unlikely to make any more major acquisitions in the meantime.

What to watch for in 2021: The big story next year is which of these massive acquisitions actually receives approval. Antitrust regulators have been remarkably sanguine about consolidation in the sector, but now that consolidation is reaching its logical end, with only a few players — or even just one — existing in their respective markets.

These antitrust concerns are most notable with Nvidia/Arm, which has to receive simultaneous approval from four authorities (United States, Britain, Europe and China). Experts in the industry that I have talked to have been divided on their predictions, with some feeling that the parties can “work out a deal” and others feeling that China in particular is unlikely to approve a deal. We can expect some signs of how this is going in 2021, although approval of the deal might well head into 2022.

AMD/Xilinx has also raised some eyebrows among experts, but hasn’t gotten nearly the press that Nvidia/Arm has. As for Analog Devices and Maxim — which is pretty much classic horizontal consolidation — shareholders approved the merger in October, and the company said in its press release then that the period for the U.S. to intervene on antitrust grounds had expired. It still faces regulatory approvals in other regions and could close by summer 2021.

Given the huge spike in antirust concerns in the United States among both Democrats and Republicans around platform companies like Google and Facebook, the big question is whether those concerns spill over into other technology industries like chips. So far, that hasn’t been the case, but the new Biden administration might have other ideas when it sets up shop in January.

Venture capital activity in chips flourished in 2020. How much more investment can the industry take though? 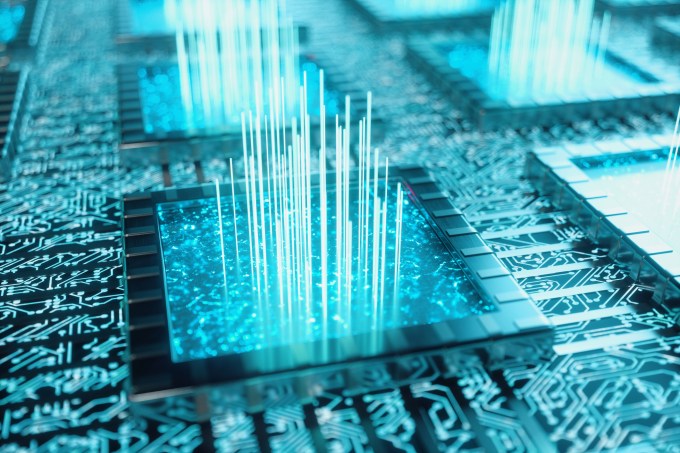 2020 was another major year for VC dollars in next-generation silicon, after huge investment in 2019 and 2018. I’ve covered a lot of the exciting startups in the space, including Nuvia (which announced $240 million in September for its Series B), SiFive, EdgeQ, and Cerebras, and there are even more companies in the sector, including Graphcore and Mythic that are working on exciting products. Aggregate dollars in the sector are hard to calculate, since most chip companies stay very quiet about their funding for years due to concerns about competition. Nonetheless, even just the rounds that have been announced are staggering in scale.