Hello friends, welcome to Daily Crunch, where we bring you the day’s most important startup, tech and venture capital news in a single package.

The fintech world is front and center today, with big news from Chime lighting up the analytics boards here at TechCrunch. But we also explored impressive earnings from fintech giants today, asking ourselves how much market the PayPals and Squares of the world will leave for startups as they build ever-broader product sets.

The answer could matter for more than just the buy-now-pay-later world, a hot startup category in recent quarters. We don’t buy into the idea of hard kill-zones around the biggest tech companies, but all the same, the competitive fintech landscape is changing. Especially in emerging markets, where startup activity has been blistering.

Finally, if you reply to this email I will receive the note directly in my inbox. Feel free to say hi!

When is a neobank not a bank?

Fintech darling Chime has agreed to not refer to itself as a bank after running afoul of California regulators. As TechCrunch reported, Chime has mostly avoided calling itself a bank. In a televised interview, for example, as Connie wrote, its CEO, Chris Britt, said that his company is “more like a consumer software company than a bank.”

Sure. Anyway, we aren’t going to stop calling Chime a neobank, because that’s what it is. We’ll leave the linguistic nuance to the regulators.

The dustup with the Cali powers isn’t itself a huge deal, but it does underscore how Chime and its myriad global competitors are not in too much hot water with governments. Ask yourself: When was the last time you saw Chime in the news for misbehaving? Now, repeat the same experiment with, say, Robinhood? Totally different, right?

The neobank game is expensive, but potentially lucrative. Chime is generating positive EBITDA, for example. That’s a fancy way of saying that it no longer burns much, if any, cash. Something that Uber and Lyft are still struggling to do.

We’ll get into a host of startup funding rounds shortly, but first I want to talk business models. Namely the evolution of SaaS. SaaS is just a fancy way of saying “modern software,” of course; the sort of stuff you pay a regular fee to use, and someone else hosts and delivers to your browser.

SaaS became the de facto startup business model some time ago. Why? It’s lucrative with strong revenue quality (high gross margins) and dependable (recurring) incomes. But in recent quarters, there’s been a shift toward more on-demand pricing (here’s the investor perspective). Which is like SaaS, but potentially even better.

And the trend away from SaaS toward on-demand is not slowing. For example, I chatted with Twilio’s CFO yesterday. Despite having bought some more SaaSy companies lately, he said that his company will keep its center of gravity in the on-demand world. We’re not surprised, but it was a data point worth sharing. (More on this below.)

Freemium isn’t a trend — it’s the future of SaaS

While we adopted new pandemic habits like rearranging house plants to create pleasing Zoom backgrounds and having groceries delivered, top SaaS companies also tried something new — offering their products for free or at deep discounts.

Because many enterprises had to make snap decisions to digitize their operations, decision-makers were averse to making long-term plans. As a result, companies like Shopify, GoDaddy and GitHub roiled out free, free-trial and low-priced offerings aimed at end users.

Freemium conversion and expansion is here to stay, says Kyle Poyar, VP of Growth at VC firm OpenView. “The merits of launching a free plan should no longer need to be debated,” he says.

“Instead, more companies should be asking: Are we giving enough away for free?”

Freemium isn’t a trend — it’s the future of SaaS

Let’s talk about Google. Namely its Chromebook push. Anyone who recalls the UMPC boom, or even the ill-fated netbook phenom, could have been forgiven for dismissing Chromebooks. After all, they were nearly the same idea. But, unlike their predecessors, Chromebooks are kinda working? TechCrunch reported earlier this week that Chromebook sales were up 257% in Q1, for example. And today Google dropped some docks to try and get big companies to buy Chromebooks? For work? The latter bit makes no sense to me, though I will heartily admit that as far as couch computers go, Chromebooks are amazing.

Today, instead of another item or two from another Big Tech conglomerate, we’re turning to China. Recall that the Chinese Communist Party is in the process of cutting its fintech sector to a smaller size. The country’s tech industry seems to be in a general retreat as the government works to assert more control over its operations and influence.

We’ll see what impact that has on venture capital numbers over time. But there’s news from the country that matters to you and me. First, Chinese EV company Nio — which also has a Formula E team — is starting to sell cars in another country. A first. Norway, you win! And China is irked that India is not allowing Chinese companies to compete for a piece of its 5G hardware market. I am surprised that China is making noise about the matter, because after India banned apps from its companies, you would imagine that it would take a similar stance toward hardware that many countries eschew over security concerns.

If you’re in the voting mood, give our podcast Equity a Webby vote. It’s the final voting day. So vote. Vote. Vote. Please vote. :) 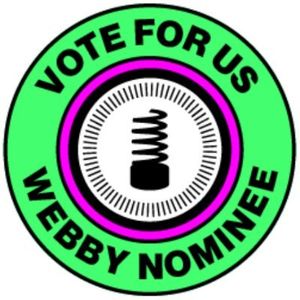 Also, big shout out to our Extra Crunch #OG-EdTech community member Jomayra Herrera, who joined Reach Fund as their newest partner. Read more here and join us on Discord!