New numbers from research firm Canalys point to continued growth for PCs in 2020/21, as the pandemic has forced many to rethink how — and where — they work. PC shipments have grown for four straight quarters. All told, the numbers (within which the firm lumps tablets, incidentally) grew 53% year over year.

Chromebooks were the major force in growth, according to the figures. The category jumped 275% y-o-y for Q1 to 12 million units. HP saw a pretty massive chunk of that, with 36.4% of the total market, up from 18.6%. Lenovo, Acer, Samsung and Dell rounded out the top five. 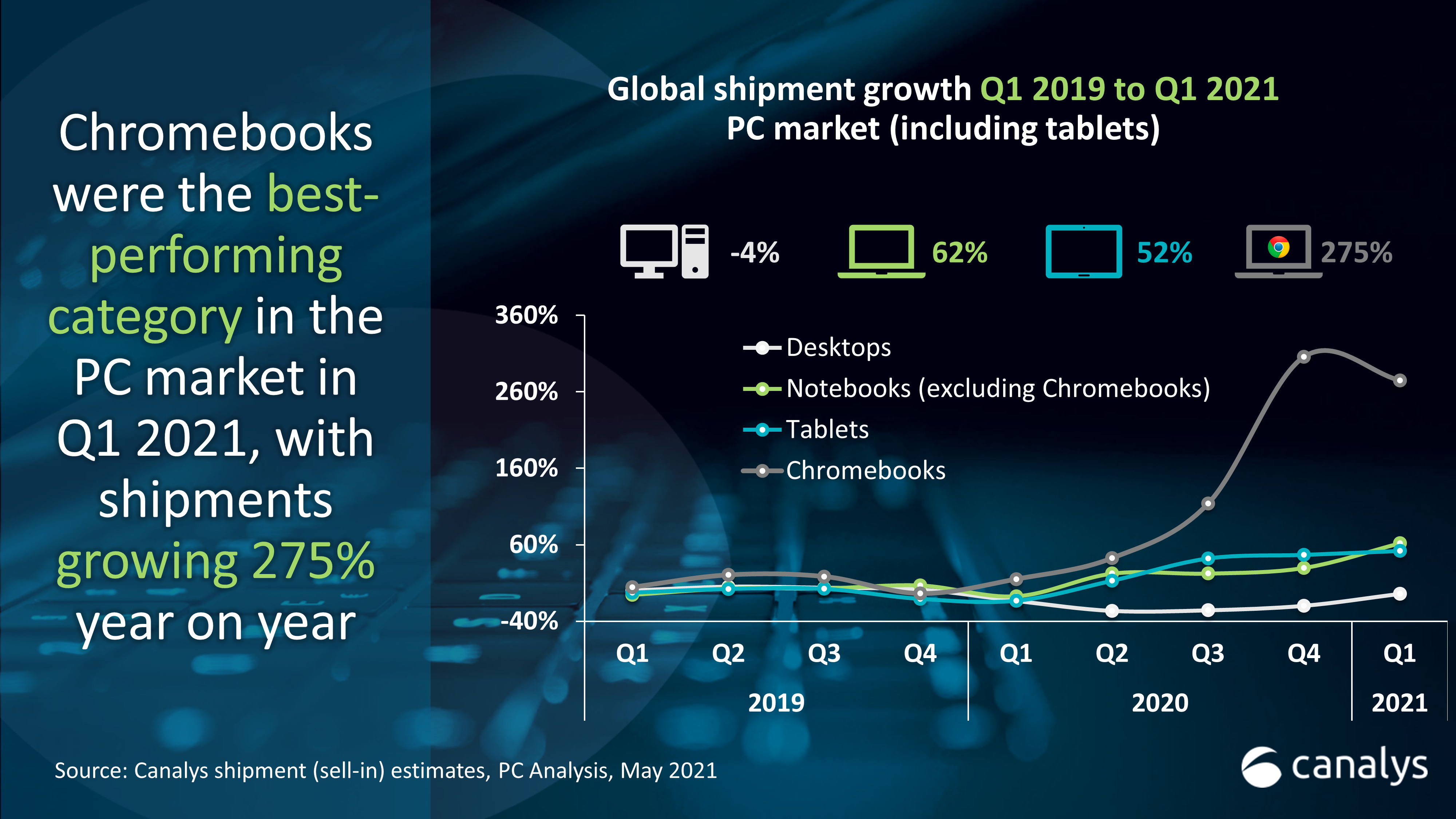 The category’s growth continues to be driven primarily by the education sector. That’s long been the foothold for devices that have traditionally failed to crack through to mainstream usage. As many classrooms have been forced to go virtual, that category has continued to see impressive growth. And that may now be extending beyond education.

“Chromebooks are well and truly a mainstream computing product now,” Canalys’ Brian Lynch said in a release tied to the news. “While the education sector still accounts for the majority of shipments, their popularity with consumers and traditional commercial customers has reached new heights over the course of the last year.”

Tablets, too, had a solid quarter, after a period of middling sales. Education is a big driver there, as well, along with broader usage. Apple led the category with 38.2% of the market, with Samsung and Lenovo rounding out the top three. On the PC (plus tablets again) side, Lenovo leads the way, followed by Apple and HP.

Chromebooks had a banner 2020