Enticing the enterprise world to embrace augmented reality has proven a more difficult task than many startups in the AR space anticipated, but as the hardware and software behind the tech becomes increasingly commodified, customers are starting to find use cases that align with their shifting remote workflows.

Scope AR has been selling the vision of using 3D models to help the manufacturing industry scale training and collaboration since they launched back in 2010. Now, the startup is looking to build a more scalable future for themselves as they revamp their central product WorkLink for the web, Scope AR CEO Scott Montgomerie tells TechCrunch.

The new platform, called WorkLink Create, allows customers to sidestep complexity and author 3D content on top of CAD models without using Unity, an effort to make the product more approachable to non-technical users and customers that might not have access to Unity developers to roll out an integration.

“Unity is awesome but to do anything you have to code,” Montgomerie tells TechCrunch, calling WorkLink Create a “more user-friendly and scalable” option compared to software from its competitors.

The browser-based platform allows users to upload 3D files and edit them with comments, detailed instructions and animations via a drag-and-drop interface. The platform automatically scales down the level of detail on CAD models to meet the capabilities of the devices that will be rendering them. Once published, a customer’s users can access the models and instructions via WorkLink’s mobile and HoloLens apps. 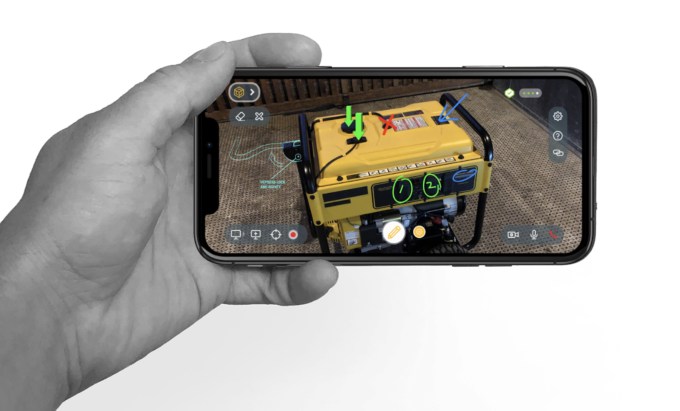 While AR hasn’t seen the full embrace of the COVID-era digital transformation, the remote work boom in response to the COVID-19 pandemic has also boosted business for Scope AR’s products, Montgomerie says. The company is expanding its list of customers while also helping frontline manufacturing operations that have aimed to quickly build and repair medical equipment necessary for COVID-19 testing and treatment.

Montgomerie says that he had always expected AR adoption to take some time, but the slow pace of AR headset adoption had exceeded his expectations, something that has pushed the company to fully embrace mobile-based AR integrations on phones and tablets over the years. Scope AR is an authorized reseller of the HoloLens 2, though HoloLens makes its own remote collaboration software for enterprise users as well, called Remote Assist.

Scope AR closed a $9.7 million Series A back in 2019 — the bulk of the company’s nearly $12 million raised to date from investors.

For ScopeAR, the market is finally catching up with the technology