When I send an email, it’s special. A crafted, beautiful thing that — who am I kidding, it’s mostly automatic. So why not automate it? OthersideAI is taking this idea (with a $2.6 million seed round) beyond the auto-responders and smart replies, using OpenAI’s GPT-3 language generation engine to turn bullet points into full, personalized messages.

GPT-3, or Generative Pre-trained Transformer 3, is of course the latest version of the AI model that writes such convincing copy that everyone under the sun has let it write their column about it, and then attempted to surprise readers by revealing the fact at the end. (There are usually a few tells, though.)

Access is carefully limited, though, and the team at OthersideAI has a cozy but uncharacterized relationship with OpenAI. It began when the team was working on their previous project, and found they had more emails than they could handle. At the time, GPT-3’s predecessor GPT-2 was in vogue.

“We built a cold email thing with it, but then we thought — that might be the business we should be pursuing,” said CEO Matt Shumer. “So we decided to go all in.”

He and his colleagues Jason Kuperberg and Miles Feldstein built a demo that got a bit of attention when they posted it to Twitter, and soon obtained access to the new version of the GPT engine.

OpenAI arguably already did the hard part by building this astonishing language engine, but it’s not as simple as letting it run wild in someone’s inbox. Unrestrained, GPT-3 will chase its own tail down a rabbit hole, producing truly strange stuff, as any player of AI Dungeon can attest.

“GPT-3 makes an amazing demo, but putting it in a product is another story,” said Shumer. “Our job is in a sense to tame its creativity.”

The resulting product turns a summary or bullet points into a complete email, and looks like this in action:

If you don’t like the result, or there’s an error, or you just like torturing AIs, you can hit the button and it’ll generate it again, differently. Tweak it a bit first and the system will understand that in the future you’d prefer the new way.

The GPT systems are trained on millions of words and phrases, and then generate text inspired by that corpus after being given an input to work from. In this case the system takes as input not just your bullet points, but other information from the email chain and the user’s past preferences.

That way it picks up not just context: it may say “It was great to sit down for coffee with you” if coffee is referenced even if you only wrote “good to meet” in the bullet. And it also learns your style, preferring certain words or phrases or learning that you like to sign off a certain way.

It can make good guesses at technical and financial details, such as in making a job offer:

Of course, for something so important, you may wonder: why bother letting an AI do it at all?

It’s sort of like how a car can go 120 MPH, but you never drive it faster than 80 (okay… 90). You want to know the thing isn’t going to fall apart as soon as it leaves its most obvious use case. For OthersideAI’s model, this means being robust enough to handle “serious” emails even if it’s most likely to spend its time replacing rote messages.

Kuperberg said the company, which has almost 10,000 people waiting to get into its test version, has seen interest from engineers and developers as well as sales and support people. One instantly sees the application in a support or sales scenario where a handful of scripted questions or replies can be re-generated to be different every time, or slightly adjusted for the person or situation. That avoids the feeling of receiving a “form email” even though it amounts to the same thing.

I mentioned the possibility of helping people who have trouble typing — someone who must write emails letter by letter using gaze detection might find this extremely compelling. Shumer said this hadn’t been on their radars to begin with but that in the last few weeks they’ve seen interest from this direction. 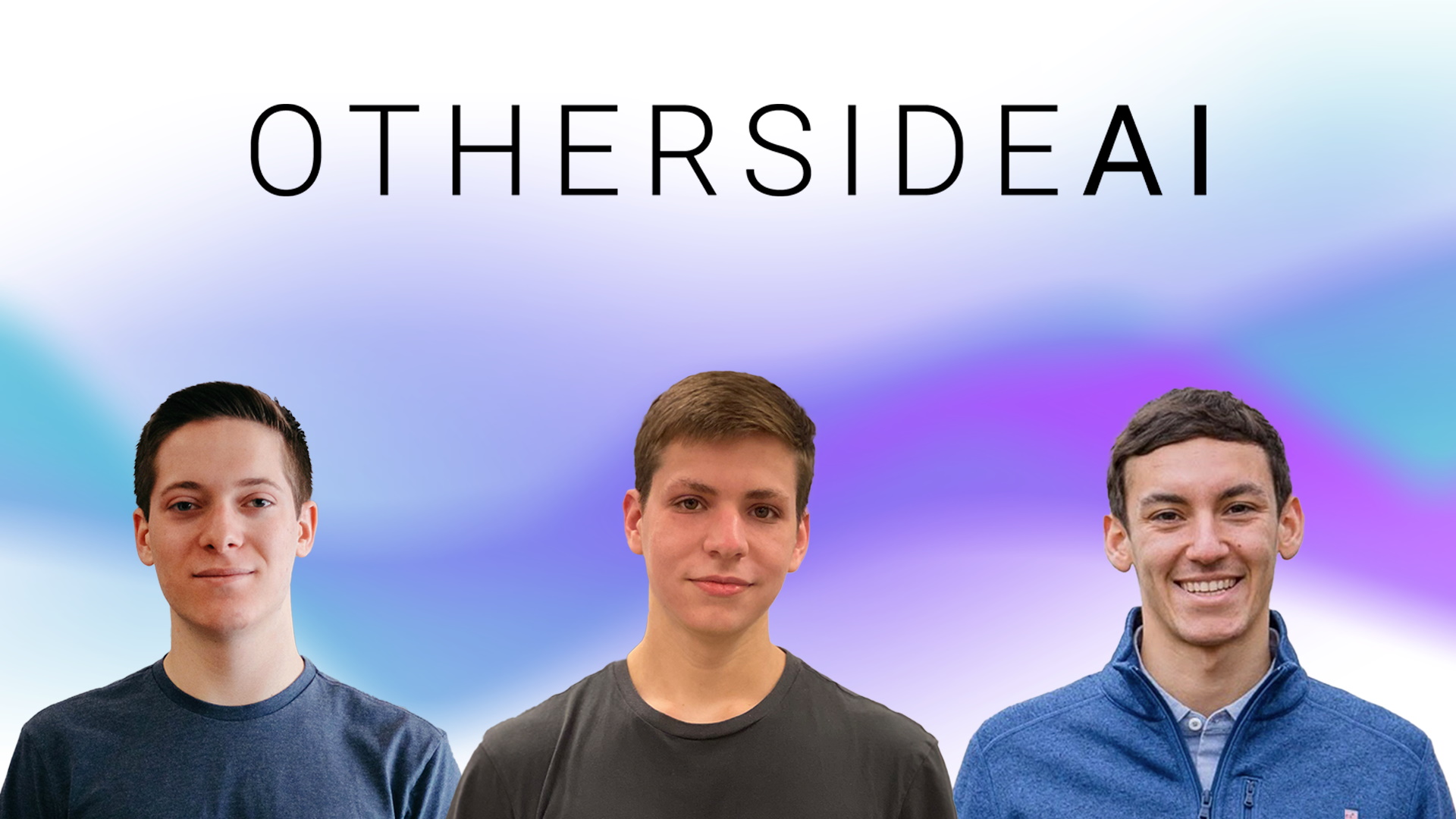 Shumer was careful to assure that security comes first and this isn’t a data-sucking operation — obviously no one would want to use a tool that reads your email and uses that info for nefarious purposes, with the notable exception of Gmail.

They feel secure in their approach, noting that Google seems more interested in selecting the right reply for the context, and text generation tools aren’t robust enough to handle the inputs OthersideAI’s GPT-3-based system handles with ease.

“If you want to make an email in the tone of the user, it can’t guess about the details. It needs a human. This isn’t a generated response, it’s taking direction,” Shumer said.

The $2.6 million seed round was led by Madrona Venture Group, with Active Capital, Hustle Fund, Chapter One and more participating. It’s all going toward building the team so the company can build a full-scale product.

Ultimately, they envision this as a small-scale test for a larger system of interlocking AIs that can safely and securely connect with one another, answering questions and providing information in a human-like way but with only the minimum human involvement. Obviously that’s somewhat of a long-term goal, but given all the talk for a decade or so about replacing email has come to nothing, perhaps it’s time to embrace it but let someone (or something) else take on a bit of the load.