Apps and the Elections

The tight, nail-biting U.S. elections this week had a number of impacts on the app market. 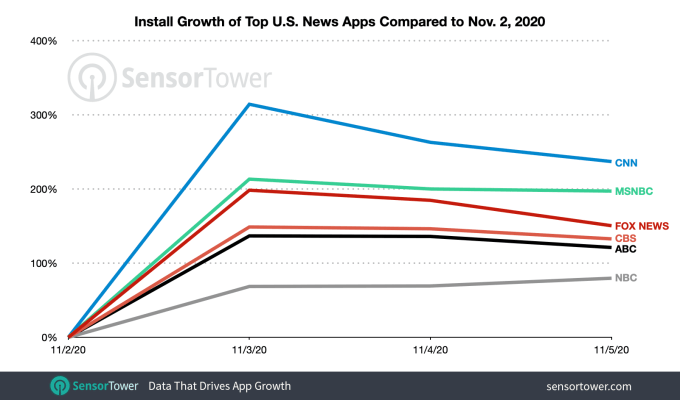 The apps Americans chose to watch the elections on their iPhone were reflective of the nation’s divisions. Instead of a more neutral news source, like a broadcast network, the top 2 apps were CNN and Fox News — cable news channels that lean left and right, respectively.

On the day after Election Day, the Fox News app hit No. 2 among the top free iPhone apps on the U.S. App Store. This is the highest it has ever ranked. The second-highest ranking it reached was No. 9 on November 9, 2016.

Other news apps didn’t do as well, barely cracking the top 50 at best

Android users showed less interest in the elections, where Fox News only got as high as No. 12 on Nov. 5 and CNN reached No. 16. 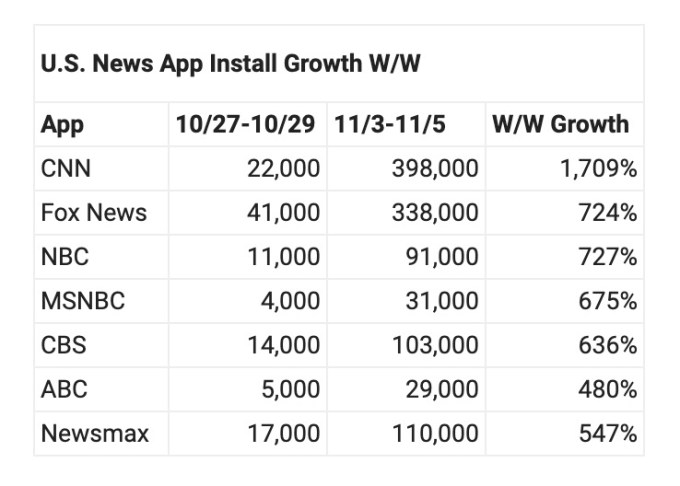 In lighter news from this stressful week, Calm’s meditation app made headlines for its hilarious ad campaign that saw it sponsoring CNN’s coverage of the presidential election. The app popped up on the screen during CNN’s “Key Race Alert.” The move seemed to benefit the app in terms of downloads and rankings.

On social media apps, companies had to react quickly to clamp down on the rapid-fire spread of misinformation and conspiracy theories, and other violating content. Facebook and Instagram ran notifications to inform users that votes were still being counted after Trump falsely claimed he had won.

Facebook also removed conspiracy groups and hashtags associated with election misinformation, as did TikTok. In Facebook’s case, a hashtag block is not a full removal — content will still be returned if you search for a blocked phrase, even if it’s largely from news organizations reporting on the trend. On TikTok, however, a blocked terms returns nothing. TikTok also took more decisive action to fully remove videos spreading election misinformation.

However, for those in the market for misinformation, it’s still fairly easy to find across TikTok, as many other hashtags and terms where misinfo is shared remained untouched.

YouTube, however, took a more controversial stance on its handling of misinformation. The platform this week demonstrated how it’s complicit in the spread of false and dangerous information, when it refused to remove a video that falsely claimed Trump won the election and worked to undermine Americans’ trust in democratic elections. YouTube believes demonetization and warning labels are the solution, but by keeping this content online, it retains users. And then those people do, in fact, watch ads elsewhere, allowing YouTube to profit.

The company did draw the line, at least, at a video from Steve Bannon, that called for violence against and deaths of Anthony Fauci and FBI director Christopher Wray.

According to Sensor Tower, the top social media apps in the U.S. including TikTok, Facebook, Instagram, Snapchat, and Twitter saw their combined iOS and Android installs from November 3 to November 5 decline 8% week-over-week when compared to the installs from October 27 to October 29.

Apple rolls out a big update to iOS 14

Apple this week released iOS 14.2, which brings a number of new features in addition to the usual bug fixes and security updates.

Of note to consumers, the update brings 117 new emojis.

Among the new emoji is a tweaked version of the “Face with Medical Mask,” which changes the face so the eyes are smiling. Other notable additions include the transgender flag, pinched fingers, people hugging, a smiling face with tear, a man bottle-feeding a baby and a more inclusive set of tuxedo-wearing people and people wearing a veil. There’s also a gender-inclusive alternative to Santa and Mrs. Claus, which offers a gender neutral option of a person in a Santa hat.

One of the more interesting new features, however, is an accessibility upgrade for blind users that takes advantage of the lidar support in iPhone 12, 12 Pro Max and iPad Pro.

The “People Detection” features leverages lidar to detect how close people are to the device owner, as a way to help blind users better navigate the world. 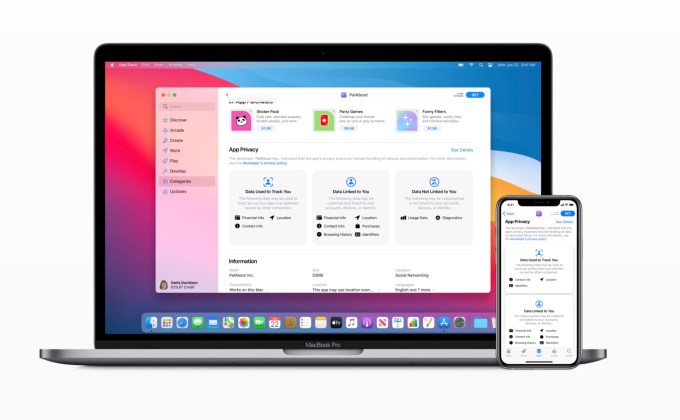 Apple this week announced a deadline of December 8, 2020 for app developers to submit their app’s privacy information to the App Store. This information will be required to submit new apps and app updates, and will give consumers a better understanding of how apps are accessing their data.

On each app’s product page following the deadline, users will be able to see what data an app collects and how that data is used to track them, Apple says. This doesn’t only include data the app developers collect themselves, but also data that’s transmitted off the device for later use by the developer or a third-party partner. That means app developers will have to disclose how data is being handed over to analytics tools, ad networks and other third-party SDKs and other vendors.

While it’s hard to argue that this is a change for the better, in terms of consumer benefits, Apple’s reasons may not be just about serving their customer base.

By cutting off the ad analytics industry with its upcoming crippling of IDFA and making it more obvious which apps track user data, Apple is putting its own ad tech in a more favored position. Its framework SKAdNetwork hugely benefits from these changes — effectively giving Apple a seat at the table in the multi-billion-dollar ad industry. So, let’s stop pretending this is all about how much Apple cares for its users. This is business. 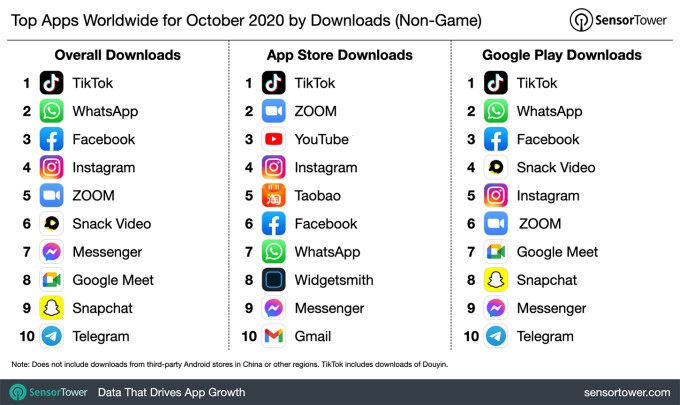 Looking to wind-down from a week of stress and anxiety? The Apple Arcade game, The Collage Atlas, may help. This unique hand-drawn game created by developer John William Evelyn is a work of art where players are invited to journey through a pen-and-ink dream world, accompanied by a soundtrack shaped by your gameplay. The title, which was in development for more than four years, is more of something to experience than something to more actively “play” — and that may be just what’s needed right now.