Google today announced a number of improvements to its core search engine, with a strong focus on how the company is using AI to help its users. These include the ability to better answer questions with very specific answers, very broad questions and a new algorithm to better handle the typos in your queries. The company also announced updates to Google Lens and other Search-related tools.

Most of these are meant to be useful, but some are also just fun. You will now be able to hum a song and the Google Assistant will try to find the right song for you, for example.

As Google noted, 1 in 10 search queries is misspelled. The company already does a pretty good job dealing with those through its “did you mean” feature. Now, the company is launching an improvement to this algorithm that uses a deep neural net with 680 million parameters to better understand the context of your search query.

Another nifty new feature is an integration with various data sources, which were previously only available as part of Google’s Open Data Commons, into Search. Now, if you ask questions about something like “employment in Chicago,” Google’s Knowledge Graph will trigger and show you graphs with this data right on the Search results page. 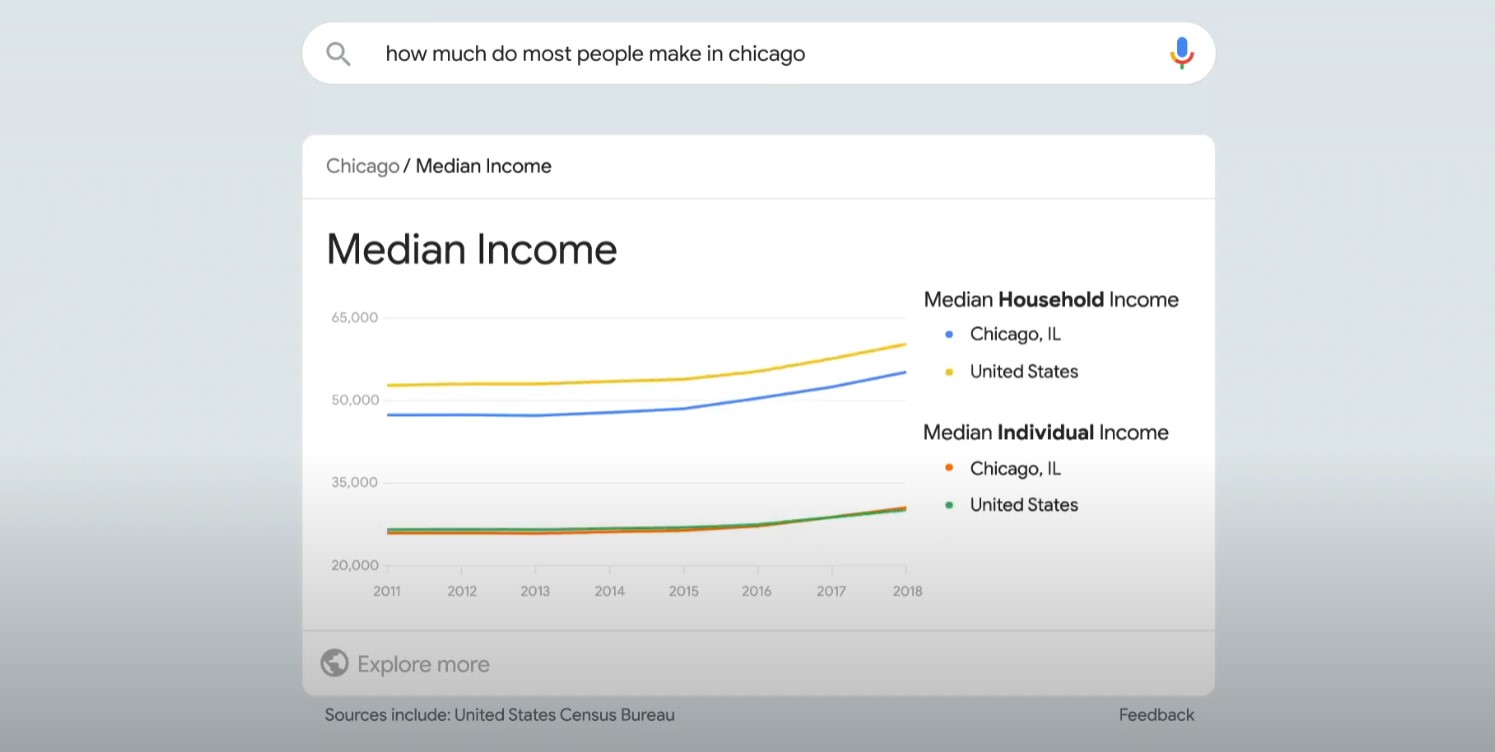 Another update the company announced today is its system’s ability to index parts of pages to better answer niche queries, like “how do I determine if my windows have UV glass?” The system can now point you right to a paragraph on a DIY forum. In total, this new system will improve about 7% of queries, Google said.

For broader questions, Google is now also using its AI system to better understand the nuances of what a page is about to better answer these queries. 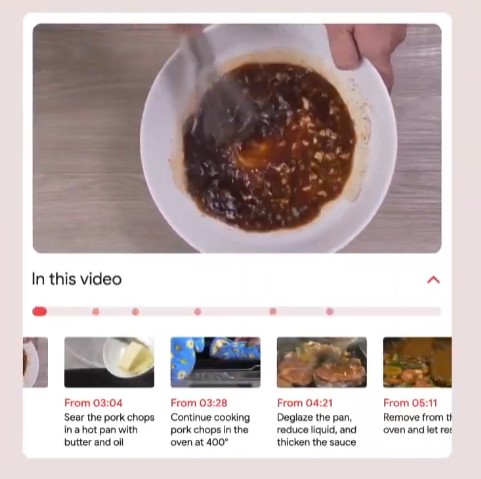 These days, a lot of content can be found in videos, too. Google is now using advanced computer recognition and speech recognition to tag key moments in videos — that’s something you can already find in Search these days, but this new algorithm should make that even easier, especially for videos where the creators haven’t already tagged the content.

Other updates include an update to Google Lens that lets you ask the app to read out a passage from a photo of a book — no matter the language. Lens can now also understand math formulas — and then show you step-by-step guides and videos to solve it. This doesn’t just work for math, but also chemistry, biology and physics. 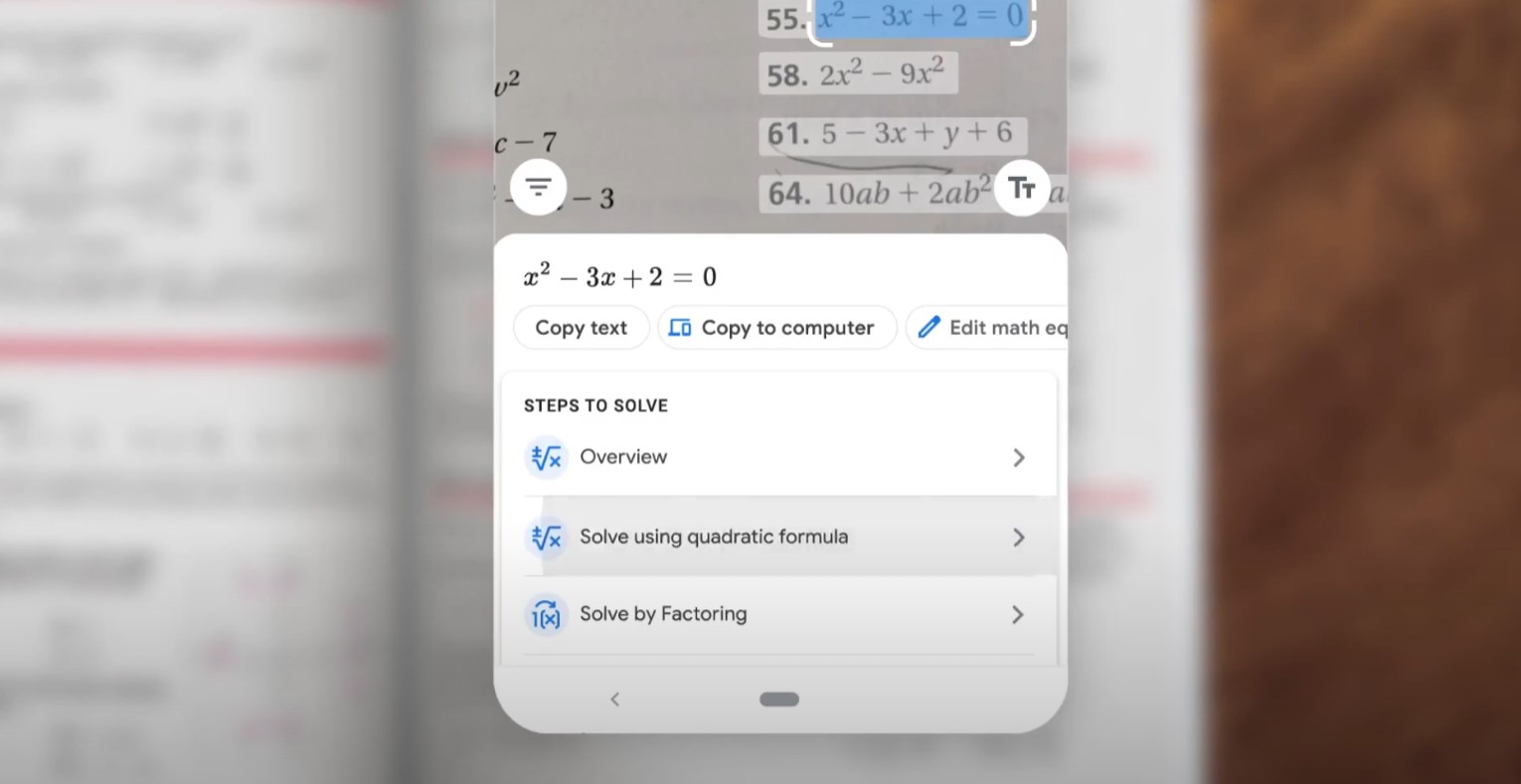 Given that the holiday shopping season is coming up, it’s maybe no surprise that Google also launched a number of updates to its shopping services. Specifically, the company is launching a new feature in Chrome and the Google App where you can now long-tap on any image and then find related products. And for the fashion-challenged, the service will also show you related items that tend to show up in related images.

If you’re shopping for a car, you will now also be able to get an AR view so you can see what they look like in your driveway. 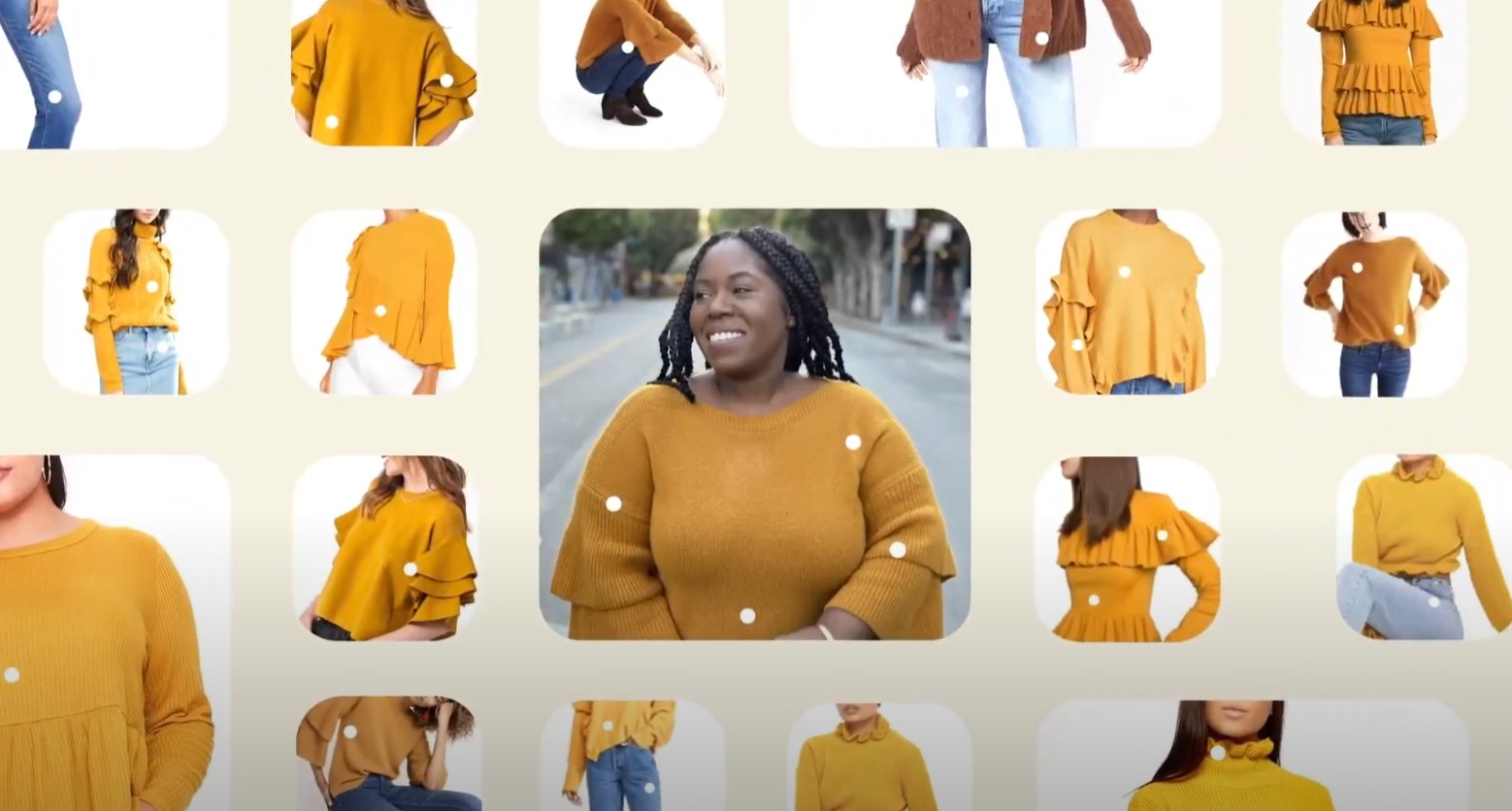 In Google Maps, you will now also be able to point at a restaurant or other local business when you are using the AR walking directions to see their opening hours, for example.

Another new Maps feature is that Google will now also show live busyness information right on the map, so you don’t have to specifically search for a place to see how busy it currently is. That’s a useful feature in 2020.

During the event (or really, video premiere, because this is 2020), which was set to the most calming of music, Google’s head of search, Prabhakar Raghavan, also noted that its 2019 BERT update to the natural language understanding part of its Search system is now used for almost every query and available in more languages, including Spanish, Portuguese, Hindi, Arabic, German and Amharic. That’s part of the more than 3,600 updates the company made to its search product in 2019.

All of these announcements are happening against the backdrop of various governments looking into Google’s business practices, so it’s probably no surprise that the event also put an emphasis on Google’s privacy practices and that Raghavan regularly talked about “open access” and that Google Search is free for everyone and everywhere, with ranking policies applied “fairly” to all websites. I’m sure Yelp and other Google competitors wouldn’t quite agree with this last assertion.