Microsoft today launched a major update to its Arc multi-cloud service that allows Azure customers to run and manage workloads across clouds — including those of Microsoft’s competitors — and their on-premises data centers. First announced at Microsoft Ignite in 2019, Arc was always meant to not just help users manage their servers but also allow them to run data services like Azure SQL and Azure Database for PostgreSQL, close to where their data sits.

Today, the company is making good on this promise with the preview launch of Azure Arc-enabled data services with support for, as expected, Azure SQL and Azure Database for PostgreSQL.

In addition, Microsoft is making the core feature of Arc, Arc-enabled servers, generally available. These are the tools at the core of the service that allow enterprises that use the standard Azure Portal to manage and monitor their Windows and Linux servers across their multi-cloud and edge environments. 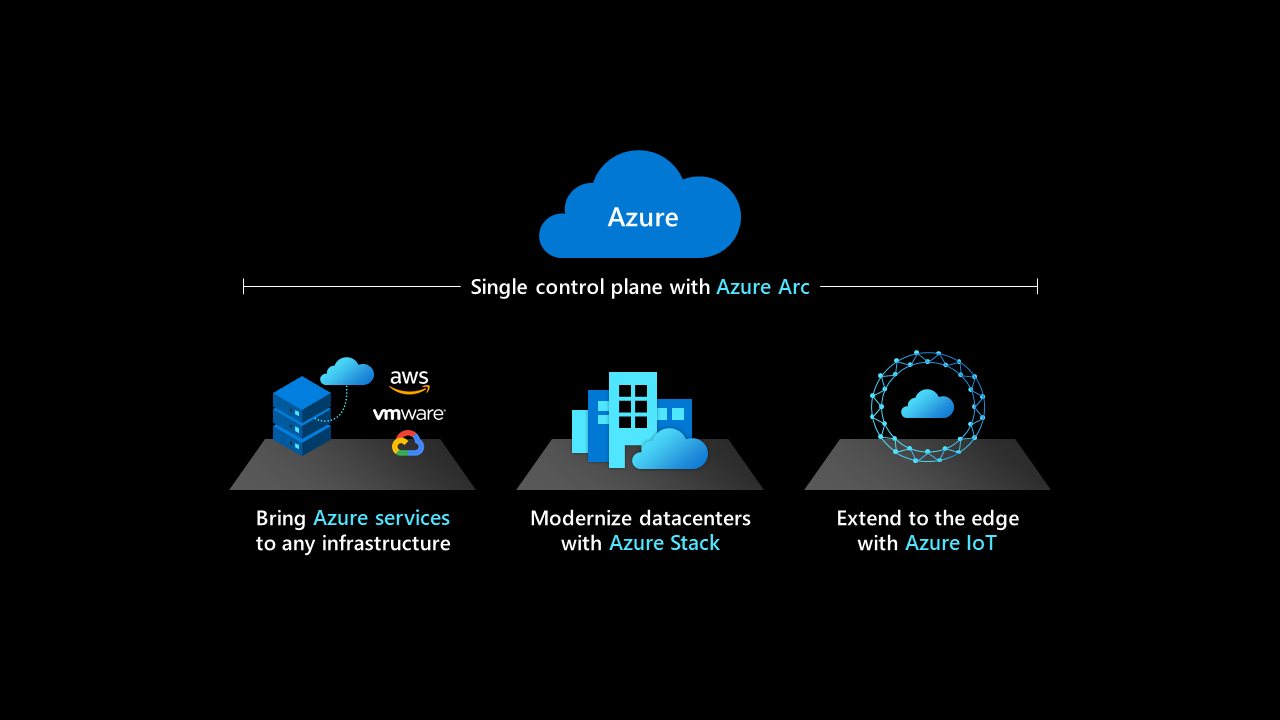 “We’ve always known that enterprises are looking to unlock the agility of the cloud — they love the app model, they love the business model — while balancing a need to maintain certain applications and workloads on premises,” Rohan Kumar, Microsoft’s corporate VP for Azure Data said. “A lot of customers actually have a multi-cloud strategy. In some cases, they need to keep the data specifically for regulatory compliance. And in many cases, they want to maximize their existing investments. They’ve spent a lot of CapEx.”

As Kumar stressed, Microsoft wants to meet customers where they are, without forcing them to adopt a container architecture, for example, or replace their specialized engineered appliances to use Arc.

“Hybrid is really [about] providing that flexible choice to our customers, meeting them where they are, and not prescribing a solution,” he said.

He admitted that this approach makes engineering the solution more difficult, but the team decided the baseline should be a container endpoint and nothing more. And for the most part, Microsoft packaged up the tools its own engineers were already using to run Azure services on the company’s own infrastructure to manage these services in a multi-cloud environment.

“In hindsight, it was a little challenging at the beginning, because, you can imagine, when we initially built them, we didn’t imagine that we’ll be packaging them like this. But it’s a very modern design point,” Kumar said. But the result is that supporting customers is now relatively easy because it’s so similar to what the team does in Azure, too.

Kumar noted that one of the selling points for the Azure Data Services is also that the version of Azure SQL is essentially evergreen, allowing them to stop worrying about SQL Server licensing and end-of-life support questions.