With the preview of Azure Arc, Microsoft today announced a major step in the evolution of its hybrid cloud story. Azure Arc takes the work the company has done on projects like Azure Stack, throws in containers and Kubernetes, as well as new infrastructure management features, and then allows its users to use Azure’s management tools and data services like Azure SQL Database and Azure Database for PostgreSQL Hyperscale on virtually any platform — including that of its competitors. As long as there is a Kubernetes cluster, you’ll be able to deploy applications to them and manage them using the Azure portal. Arc also supports any Windows and Linux servers.

On these platforms, Azure looks and feels just like on Microsoft’s own. It provides admins a unified way to handle auditing, compliance and role-based access controls across environments and allows developers to build their containerized apps and deploy them across infrastructures. 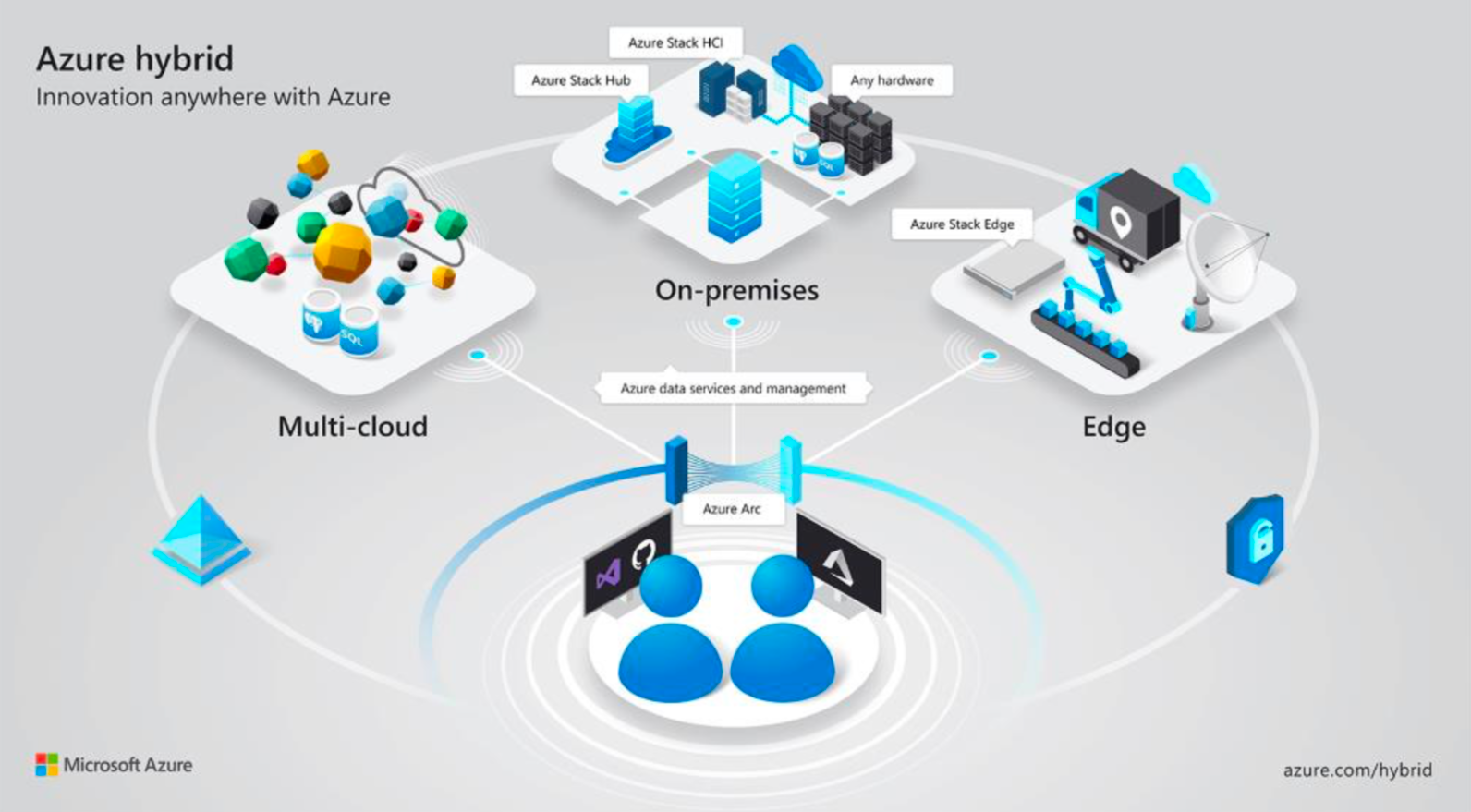 “Azure Arc enables customers to have a central, unified, and self-service approach to manage their Windows and Linux Servers, Kubernetes clusters, and Azure data services wherever they are,” writes Jeremy Winter, director of Program Management for Microsoft Azure. “Azure Arc also extends adoption of cloud practices like DevOps and Azure security across on-premises, multi-cloud and edge.”

If this sounds a bit like Google Cloud’s Anthos, that’s probably because it is. Both projects use Kubernetes to enable their customers to build hybrid cloud deployments across platforms.

For now, it looks like Azure SQL Database and Azure Database for PostgreSQL Hyperscale are the only two Azure services you can take with you to these other infrastructure providers. I would be very surprised if Microsoft didn’t extend this to other Azure services over time.

In a related announcement, Microsoft also today launched new features and form factors for Azure Stack Edge, hardware appliance with built-in GPU and FPGA support for AI-enabled edge applications. Azure Stack Edge will get a new ruggedized form factor for harsh environments for users in the defense and energy sector, for example, as well as virtual machine support for edge compute, support for Kubernetes clustering and automatic fail-over when you lose a server in a cluster of machines.