Brooklyn-based EV startup Tarform unveiled its Luna electric motorcycle in New York last week — a model designed for an audience that may not actually like motorcycles.

The model was hatched out of the company’s mission to meld aesthetic design and craftsmanship to environmental sustainability in two-wheeled electric vehicles.

To that end, the Luna incorporates a number of unique, eco-design features. The bodywork is made from a flax seed weave and the overall motorcycle engineering avoids use of plastics. The Luna’s seat upholstery is made out of biodegradable vegan leather. Tarform is also testing methods to avoid paints and primers on its motorcycles, instead using a mono-material infused with algae and iron-based metallic pigments.

The company was founded by Swede Taras Kravtchouk — an industrial design specialist, former startup head and passionate motorcyclist. The Luna launch follows the debut of two concept e-motos in 2018. 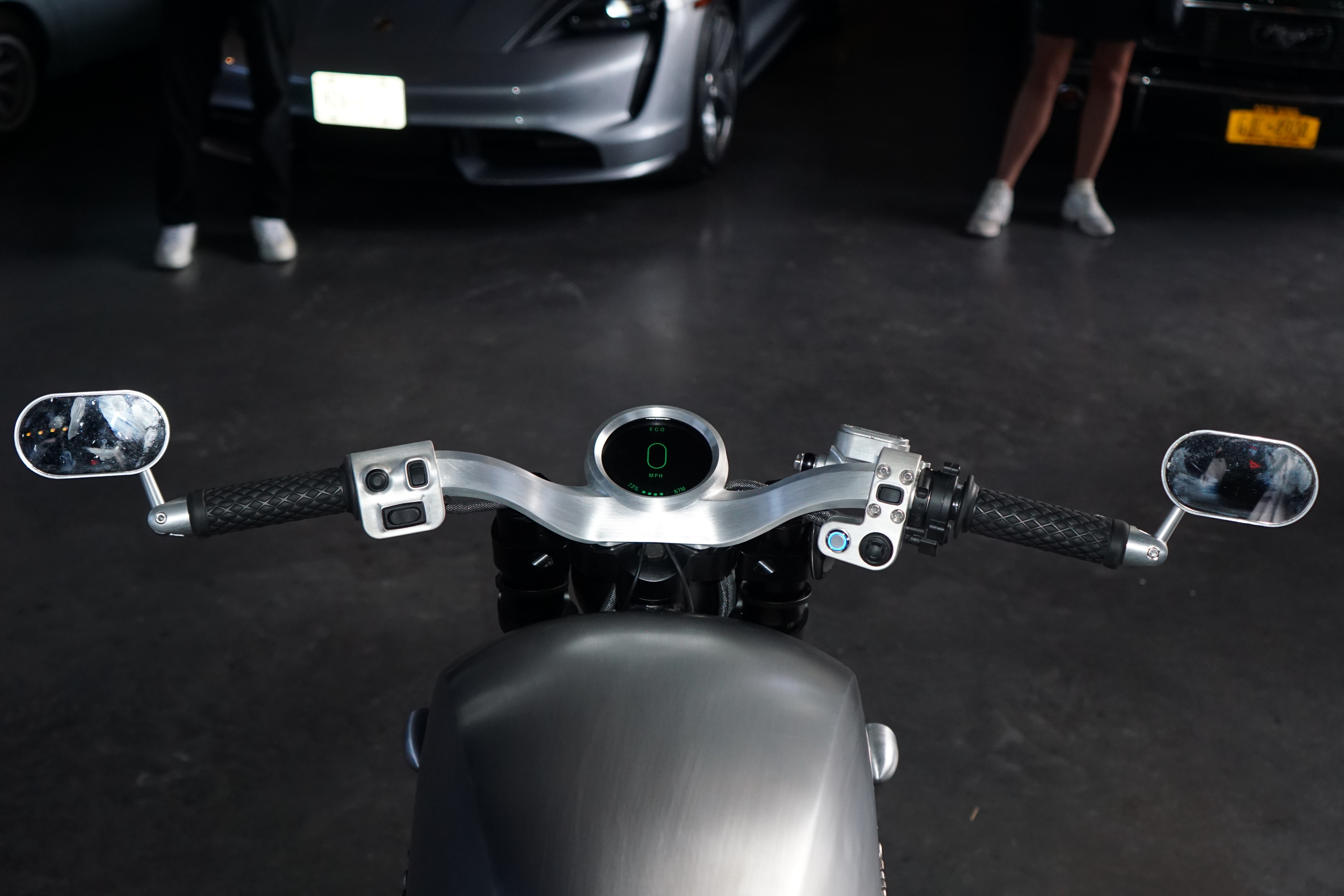 On Tarform’s target market, he explained the startup hopes to attract those who may be turned off by the very things that have turned people on to motorcycling over the last 50 years — namely gas, chrome, noise and fumes.

“It’s more for people who want a custom bike and the techies: people who wanted to have a motorcycle but didn’t want to be associated with the whole stigmatized motorcycle lifestyle,” Kravtchouk told TechCrunch.

Tarform enters the EV arena with competition from several e-moto startups — and on OEM — that are attempting to convert gas riders to electric and attract a younger generation to motorcycling.

One of the leaders is California company Zero Motorcycles, with 200 dealers worldwide. Zero introduced its $19,000 SR/F in 2019, with a 161-mile city range, one-hour charge capability and a top speed of 124 mph. Italy’s Energica is also expanding distribution of its high-performance e-motos in the U.S.

In 2020, Harley-Davidson became the first of the big gas manufacturers to offer a street-legal e-motorcycle for sale in the U.S., the $29,000 LiveWire.

On how Tarform plans to compete with these e-motorcycle players, Kravtchouk explained that’s not the company’s priority. “We’re not even close in production to Zero or the other big guys, but that’s not our intention. Think of the [Luna] as a custom production bike,” he said.

For this mission, Tarform has obtained funding from several family offices and angel investors, including LA-located M13. The Brooklyn-based e-motorcycle company is taking pre-orders on its new Luna and is pursuing a Series A funding round for 2021, according to Kravtchouk.