The motorcycle industry is shifting to electric. Harley-Davidson signaled the trend this year, becoming the first big gas manufacturer to release a street-legal e-motorcycle in the U.S., the LiveWire.

But before Harley’s EV pivot, California-based startup Zero Motorcycles had been selling e-motos for years.

“Fundamentally we aim to transform and elevate the motorcycling experience and by doing that we expect to make a huge dent in transforming transportation globally.”

Toward that aim, Zero recently released the all-new 2020, SR/F — a $19K high-performance e-motorcycle and competitor to Harley Davidson’s $29K LiveWire.

Zero’s SR/F has a magnet motor and one gear — with no clutch or shifting — and fewer mechanical parts to put the 14.4 kWh battery’s 140 ft-lbs of torque to the pavement.

You simply twist and go.

The SR/F is a fully digital, IoT motorcycle that syncs to a smartphone and the cloud to monitor charge status or adjust performance. It has preset riding modes  — Eco, Street, Sport and Rain — for different combinations of power and range. The EV also allows for customized riding modes dialed in via smartphone.

One can power Zero’s sporty e-moto from a household outlet or use fast-charging networks — like ChargePoint — for a full battery in around 80 minutes.

Zero’s SR/F has a range of up to 161 miles in the city, where it can recharge itself marginally through regenerative braking. For a combination of city, highway and sport riding, I averaged around 100 miles a charge, alternating between riding modes.

On performance, Zero’s new sport-entry hauls ass. Going 0 to 60 at full power on the new SR/F is a rush, while 60 to 100 speed is so fast it’s downright frightening. Overall, the e-moto’s acceleration is stronger and more constant than internal combustion machines, with no emissions and little sound.

“We have what we consider enthusiasts…These are people that are avid motorcycle riders…What we find with them is they throw a leg over a Zero…have an electric motorcycle experience, it’s fundamentally different…they fall in love, they buy one,” he said.

Zero’s e-motos — starting at around $9K for the entry-level FX — are also attracting a younger generation, according to the startup’s CEO.

“They’re an early adopter of new technology. They love the idea — whether it’s the performance elements, the riding experience, green or eco elements of having electric vehicle — and we’re actually drawing them into the sport in a way that they wouldn’t have been drawn in by internal combustion,” he said. 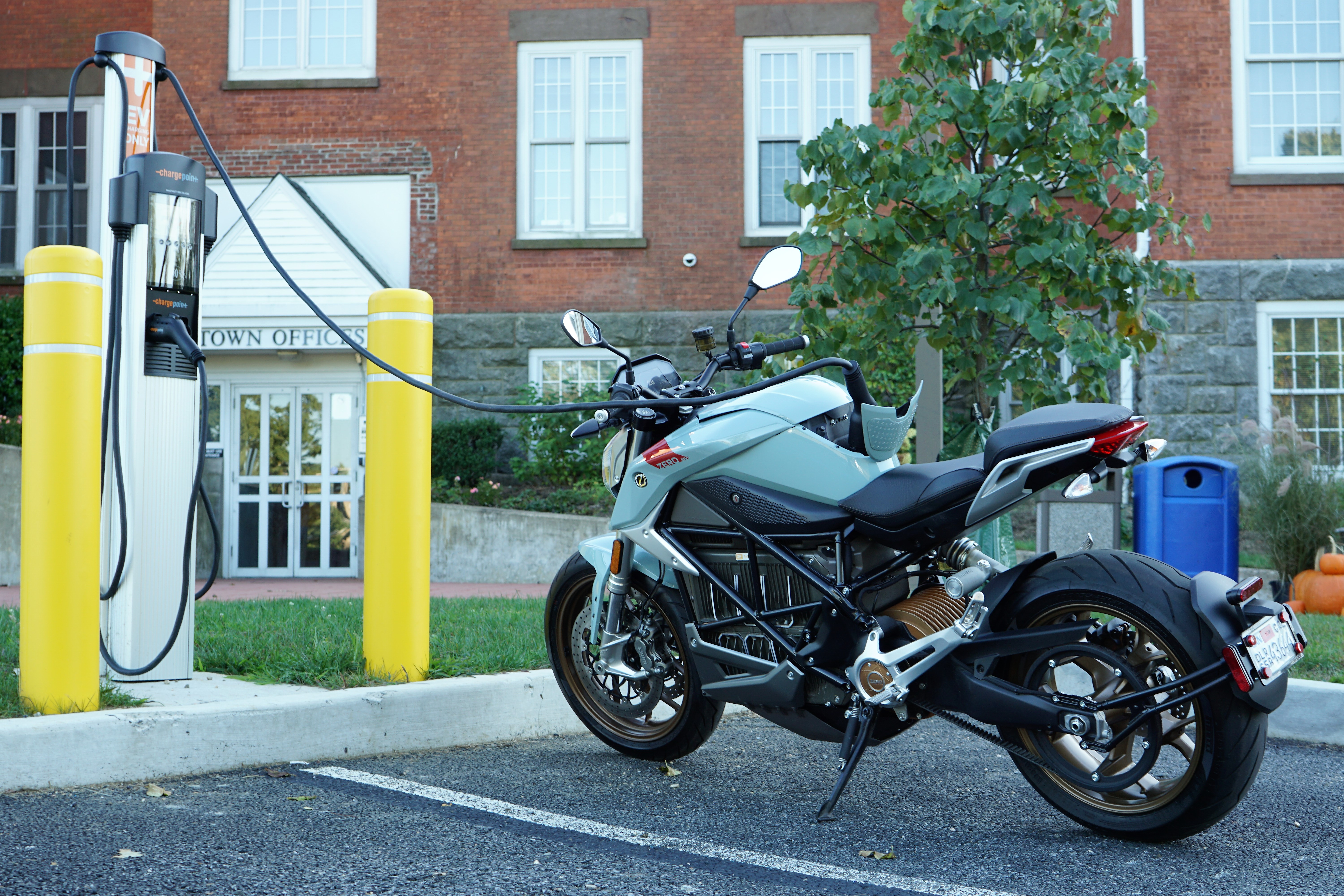 Paschel is undaunted by Harley’s EV debut or the other big gas motorcycle manufacturers entering the e-market.

“You have a major OEM that’s launched a bike into the space that we have been defining and creating for over a decade. Of course, the nature of that relationship is fundamentally competitive,” he said.

“The question I get more often is…are we concerned? Are we worried or scared of any OEMs entering? And The answer is no. This is actually the most exciting thing that’s happened in the space in a long time,” said Paschel.

“A rising tide is going to lift all ships, and…I’m more than confident that we will capture more than our fair share of a rapidly growing market simply because this is all we do. And we spent 13 years, millions of miles, and a lot of time doing this just right.”

Both Zero and Harley are banking on e-motos to reboot a flailing U.S. motorcycle industry. New bike sales dropped 50% since 2008 — with sharp declines in ownership by everyone under 40.

The startup is not alone. Italy’s Energica is expanding distribution of its high-performance e-motos in the U.S. Other competitors include California-based Lightning Motorcycles and e-moto startup Fuell, with plans to release its $10K, 150-mile range Flow this year.

Of course, there’s already been some speed-bumps and market attrition, with three e-moto startups — Alta Motors, Mission Motors and Brammo — forced to power down over the last several years.

Zero looks to its head start and proprietary technology to win in the electric conversion of motorcycles.

“It’s not something that we are actively seeking… I will tell you that there’s a lot of inbound interest. I think people were waking up and realizing that that transition is much closer than they thought it was… we’ve had conversations from a list of OEMS, many of whom you would recognize,” said Paschel.

Still, Zero is likely to ride on alone, according to its CEO.

“Right now it’s an inherently competitive relationship with a lot of those guys, so it would have to be the right deal… but right now we’re fiercely competitive company. We’re in a competition with all these brands.” 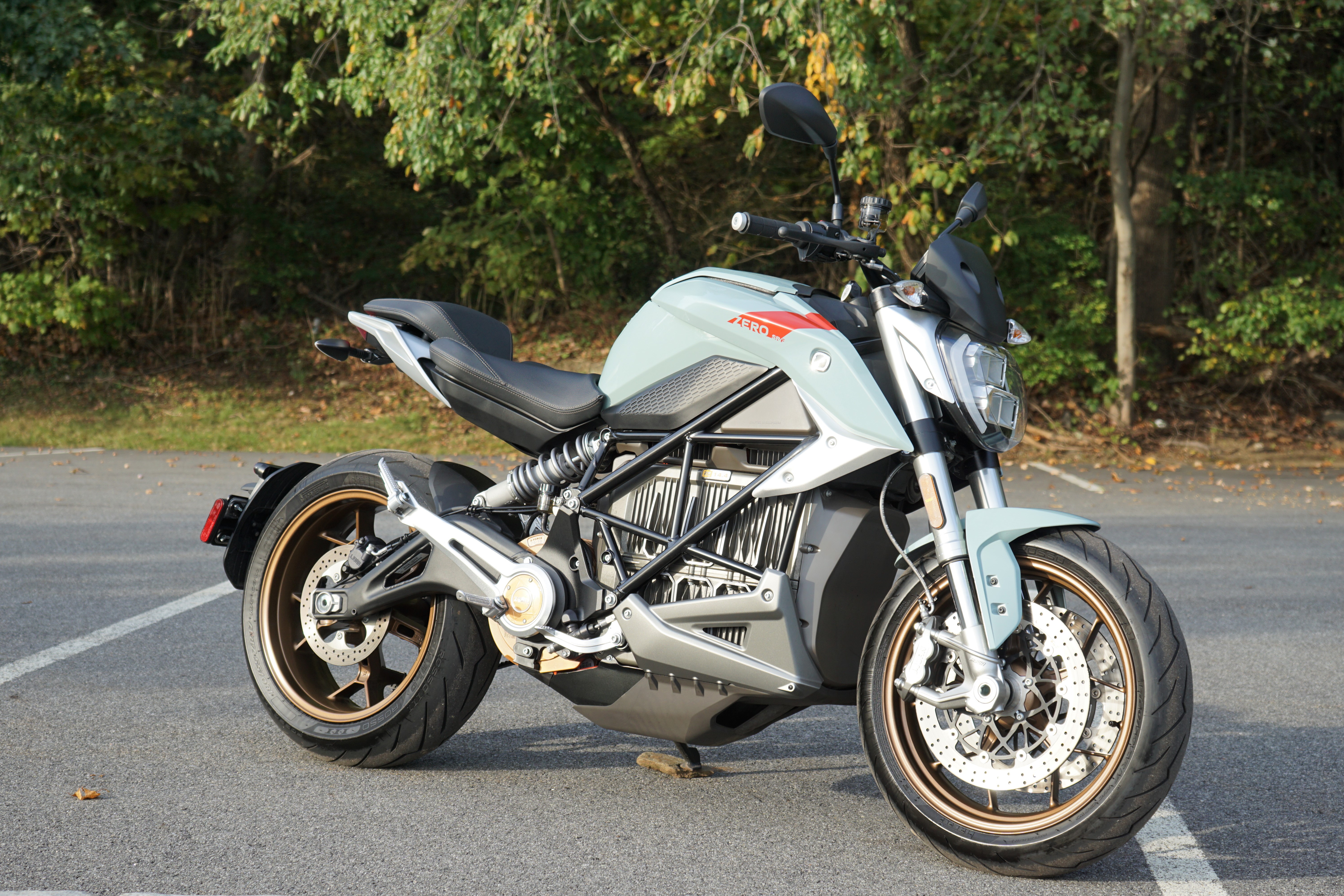 Zero’s SR/F could be the sweet spot of tech, price, range and performance it has been striving toward to finally go mass market and compete with those brands.

With that, the electrification of the motorcycle industry will become another facet of the transformation of global mobility.